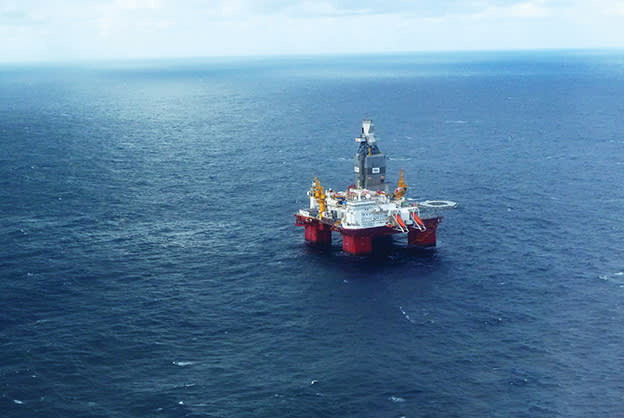 Chancellor will impose a one-off levy on North Sea oil and gas producers, but has spared electricity companies - for now

Chancellor Rishi Sunak will impose a windfall tax on North Sea oil and gas producers, defying warnings about the risk to UK investment.

In a statement made in Parliament on Thursday, Sunak said the oil and gas sector was making “extraordinary profits not as the result of recent changes to risk taking, or innovation, or efficiency, but as the result of surging global commodity prices”.

The “temporary, targeted energy profit levy” will be imposed on oil and gas companies’ profits at a rate of 25 per cent, taking the combined rate to 65 per cent. However, the Treasury has built in a new investment allowance that means companies will have a “significant incentive to reinvest their profits”, which Sunak described as a “sensible middle ground” and claimed will nearly double the overall investment relief for companies. "For every pound a company invests, they will get back 90 per cent in tax relief," he said.

Shell (SHEL) and BP (BP.) announced or reiterated existing North Sea investment plans when announcing huge profits for the March quarter earlier this month. Shell has forecast a £25bn spend in the UK in the next decade, and BP £18bn.

The chancellor stressed that the levy will be temporary and when oil and gas prices return to “historically more normal levels” it will be fazed out, with sunset clause written in for 2025. It is hoped the tax will raise £5bn over the next year.

Pressure has been mounting on ministers to support households following a surge in gas prices, made worse by Russia’s invasion of Ukraine. However, Boris Johnson's government previously resisted the tax on the grounds it would deter investment.

The tax is more limited in scope than many feared. However, Sunak said the Treasury is "urgently evaluating the scale" of electricity companies' "extraordinary profits" ahead of energy market reforms.

The announcement has caused a flurry of concern about investment in the UK. Earlier this week, 31 companies involved in the offshore energy supply chain said the tax would "only further reduce investor confidence in the UK, the ripple effect of which we will feel for many years to come”.

“It will do nothing to address the cyclical nature of an energy system linked to global supply and demand, with the UK becoming much less attractive to investors who will look elsewhere for the long-term stability they require to progress major energy projects,” they said.

Others have warned that a windfall tax would undermine the security of the UK’s domestic energy supply, the importance of which has been underlined by the war in Ukraine.

Speaking to the Investors’ Chronicle in April, Julian Small, a UK tax partner at Deloitte, said: “If you want to encourage investment in the North Sea, you need fiscal stability. If you increase the tax rate you immediately make investment in the UK less attractive relative to other countries which, given the relative maturity of the UK North Sea, is already a challenge."

The market has largely priced in the new tax for London-listed  energy companies. Shares in Harbour Energy (HBR), the top North Sea producer, were down 2 per cent on Thursday but down 14 per cent over the past month. Other major producers in the North Sea include Shell, BP and TotalEnergies (FR:FN).

Midcap companies like Serica Energy (SQZ) have also been hit by the prospect of higher taxes. Serica is down 18 per cent in the past month, in contrast to Shell and BP, which are both up over 10 per cent in the same period.

It is still unclear exactly how hard companies will be hit by Sunak’s tax. Earlier this week, Stifel analyst Chris Wheaton predicted that Harbour would pay an additional $240mn in tax over 2022-24 if a windfall tax were to be imposed for two years. This would cut Serica’s net asset value from 752p currently to around 740p.