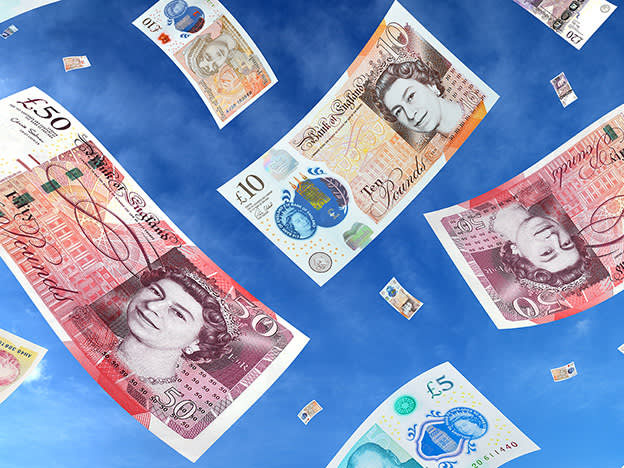 Investment trusts: Moving with the times

Looking back over the past 70 years as Queen Elizabeth celebrates her platinum jubilee, one of the most striking realisations is just how much the world has changed during that time. What is clear is the capacity to roll with change and yet provide the benefits of real longevity is a quality that helps institutions and investment funds alike stand the test of time.

According to the Association of Investment Companies, 36 trusts with assets amounting to £63bn – almost a quarter of the sector total – were in existence back in 1952. Most, though not all, are UK or global trusts. UK-focused names on the list include Mercantile (MRC), Finsbury Growth & Income (FGT), City of London (CTY) and Edinburgh Investment Trust (EDIN), while among the global qualifiers are Scottish Mortgage (SMT), Bankers (BNKR), Alliance Trust (ATST), Witan (WTAN), Monks (MNKS) and Brunner (BUT).

Many of them go back to the 19th century, and so even by 1952 had weathered two world wars and the Great Depression. But even within more recent decades they have survived numerous systemic shocks.

Certainly, though, the investment trust landscape looked very different when the Queen came to the throne. As investment trust historian John Newlands noted in his book Put not your trust in money, investment trust managers were up against some hefty challenges in the aftermath of the Second World War.

First, dollar-based holdings had been requisitioned by the government in exchange for UK government securities during the war to boost the foreign currency coffers, so trust portfolios were heavily skewed to UK holdings. Baillie Gifford records show that Monks Investment Trust, for instance, had a 42/58 per cent split between fixed interest and equities in 1945, with 90 per cent of the equity element in UK companies.

Post-war exchange controls that restricted international investing continued after the war. Scottish Mortgage had just 6 per cent in the US and 80 per cent in the UK in the late 1940s, according to Baillie Gifford.

In addition, the Labour government’s ambitious nationalisation programme involved the requisition of many trusts’ core portfolio holdings in industries from coal to rail, civil aviation and London Transport.

But by the early 1950s, when the Queen took the throne, things were getting easier. Equity markets were recovering, with the additional tailwind of a modest but significant rate of inflation; at the same time, interest rates were still attractively low for borrowers. The 1950s were golden years for investment trusts, says Newlands.

At the same time, although private investors still dominated investment trust use, insurance companies and other institutional investors were moving away from their previous dependence on fixed income investments, and realising that trusts provided a well-diversified and professionally managed way of tapping into equity markets that could deliver capital growth as well as dividend income.

Investment trusts’ ability to borrow also enabled them to deliver significant outperformance compared with the broader equity market during the 1950s, because low interest rates meant they could borrow at, say, 3 per cent and invest in blue-chip stocks yielding 5 per cent plus.

Newlands explains that while equity returns (measured by the BZW equity fund total return index) increased impressively by 4.6 times between 1945 and 1965, “investment trusts, assisted by high levels of gearing during the ‘cheap money era’, had increased by over 14 times on the same basis of measurement”. In other words, trusts did three times as well as equities in total return terms over that time.

Individual trusts reported terrific boom times. Scottish Western (which later became Murray International (MWI) was “geared into the recovery to a substantial extent”, according to Abdrn’s history of the trust – but it paid off handsomely. By 1955, the portfolio’s market value stood at 82 per cent over its book value, having risen 45 per cent over the previous year.

In the same year, Alliance Trust’s chairman Alan Brown reported that the market value of the portfolio’s investments had grown 40 per cent to £28mn, from £20mn the previous year. However, as Alliance Trust historian Charles Mann says, this dramatic surge in capital values “was just cause for [his] issuing a cautionary message and for reiterating the mantra about the need to invest in good dividend-paying stocks”.

It’s a message that has not lost its potency today – particularly with the collapse in value of high-growth businesses that boomed during the past decade of ultra-low bank rates, now that inflation and interest rates are climbing.

Investment trusts’ deeply embedded focus on reliable dividends, and the emergence of ‘dividend heroes’ with multiple decades of annual increases in dividend payouts under their belts, have become a linchpin of mainstream appeal for private investors.

Indeed, the AIC’s latest line-up of dividend heroes is dominated by veterans in the global and UK equity income sectors: City of London, Bankers, Alliance Trust, F&C and Brunner have all notched up 50-plus years of dividend growth, while Witan, Merchants Trust and Scottish Mortgage are among those with 40 or more.

The historical importance attached to dividends has resulted in other, related changes over the decades too. For instance, before the 1970s dividends were typically declared as a percentage of the original ordinary share capital and paid biannually as an interim and final, but the inflationary pressures of that decade prompted Bankers to become one of the first trusts to start paying quarterly dividends instead. As manager Janus Henderson explains: “Inflation as high as 20 per cent in the 70s meant value could have eroded significantly by the end of the year, so quarterly payments allowed investors to spend their dividends before that happened.”

These days, despite the low profile of inflation for many years, this approach is an established one, with a total of 164 of the 245 trusts with more than 1 per cent yields paying out at least four times a year.

Back in the 1950s, the records of these trusts show they ran extensive portfolios by today’s standards. Bankers held more than 500 investments in the early 1950s, as did Dunedin Income Growth; Scottish Western reduced its holdings in 1956 from over 700 to 627; Merchants Trust comprised a staggering 814 portfolio constituents.

Such diversity is rare or non-existent these days, although several big generalist trusts make a point of remaining widely spread with several hundred stocks. Witan holds around 250, for example, while F&C has more than 450.

But others – Scottish Mortgage and Merchants Trust (MRCH) being prime examples – have moved towards a much more concentrated portfolio of ‘best ideas', with typically between 50 and 100 holdings. Alliance Trust takes a hybrid approach, outsourcing to a portfolio of specialists who each run focused portfolios of 20 favourite stocks.

Either way, a prevailing mentality among these veteran investment trusts is that of investing for the long term; and that’s not always an easy option in today’s 24/7, have-it-now world.

As Bruce Stout, manager of Murray International, comments: “Holding on to good investments requires patience, foresight, nerve and the ability to look beyond constant market noise, short-term price fluctuations and oscillating sentiment. Above all, it demands constant restraint on the ever-present, human fallibility of always feeling the need to be ‘doing something’.”

It’s a sentiment that might well resonate with Queen Elizabeth after 70 years in the job.

Three stocks that have stood the test of time

“Despite the evolving ecosystem of the UK equity market, there are many UK businesses which have remained remarkably resilient over the years,” says Guy Anderson, manager of Mercantile Investment Trust. “They have not only survived extreme market uncertainties, but also demonstrated the potential to eventually emerge stronger, grow profitably and create further value for shareholders.”

He points to specialist equipment rental group VP, which has more than 60 years of trading history. “Despite various economic shocks over the years, VP has continued to meet our investment requirements and has remained a holding for over 20 years,” he adds.

Murray International’s Bruce Stout picks out Taiwan Semiconductor (TAI:2330) and airport operator Grupo Asur de Mexico (MEX:ASURB) as two long-term holdings that “have both featured constantly in the trust for decades, making significant contributions to both capital and income growth during this time”.

Finally Iain Pyle, manager of the UK-focused Shires Income (SHRS), highlights BP (BP.) and Shell (SHEL) as two choices that have featured in the portfolio’s top 10 for the past 50 years. “They will likely look very different in another 50 years, but we remain encouraged by the progress they are making and their commitment to change, along with delivering attractive returns to our shareholders,” he says.