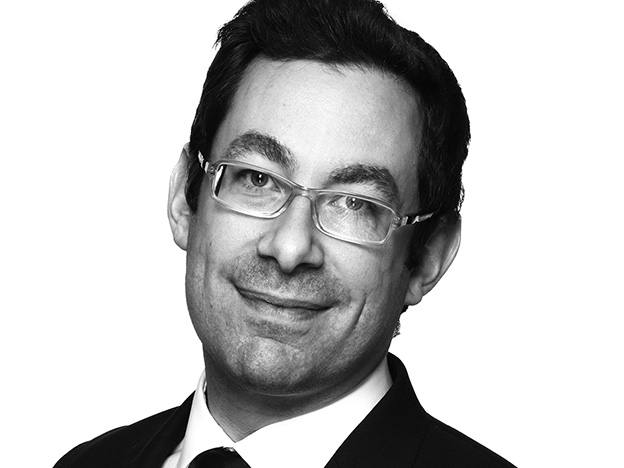 The tech stocks I'm buying amid the downturn

Tech investors' luck had to run out at some point. After sensational gains in 2020 and throughout most of 2021, the first half of this year is proving a very different story. Few people have been monitoring the sell-off as closely as Ben Rogoff, manager of Polar Capital Technology Trust (PCT), which has suffered a share price fall of a third since the start of the year, albeit it still had assets of £2.9bn as of 13 June.

Rogoff, who has been investing in technology for 26 years, has seen his share of bear markets, from the bursting of the dotcom bubble at the turn of the century to the financial crisis in 2008. “When the tech sector drops it can be quite painful,” says Rogoff, adding that each one he has endured has been very different. “This one is really about inflation and the loss of the 'Fed put'”. He describes Federal Reserve policy as such because it has, in effect, behaved like a put option contract by supporting markets with interest rate cuts and quantitative easing in recent decades.

The key question on investors minds is how much further the tech sell-off has to go. Rogoff recently noted to Investors' Chronicle that over half of companies' in the Nasdaq index have fallen by 50 per cent from their peaks, and said valuations of many companies are now materially much more attractive than they were last November.

“Calling bottoms and trying to work out if this is the time to buy is really just part of that conversation about risk and reward,” he says. “Last year we were worried about certain facets of the market – things like special purpose acquisition companies, ultra long duration investing and the fashion towards concentration in portfolios”.

Since then, there has been a sizeable derating of some of these assets and Rogoff says that he is just starting to dip his toes back into the water.

On a scale of one to 10, where one is the most bearish he could imagine being and 10 the most bullish, he says that he’s now at “around seven or eight”. And companies are a sort of “coincident indicator” because when things turn down in the economy companies don’t see it in advance but rather as it happens. He adds that the overwhelming sense from his colleagues attending company conferences is that “things are still OK”.

Rogoff has been reducing exposure to ecommerce companies and other consumer businesses, as he thinks in the near term inflation is bringing a very difficult period for consumers. But the need to digitally transform and rise of artificial intelligence to fundamentally change business and other processes has not changed. “I just don’t think these things get turned off and on as fast as stock markets discount them,” says Rogoff.

The challenge, however, is that few people have worked in a more inflationary environment. If inflation remains elevated, Rogoff says that the price discovery process currently in train will “play out for longer”. But he is hopeful that higher interest rates and slower growth, or a shallow recession, will take the sting out of inflation.

Rogoff has been adding “quite meaningfully” to software companies. “Just year to date the average software stock had fallen to levels that are almost half where a very high-quality investor like Thoma Bravo, in private equity, was buying stocks earlier this year,” he says.

Rogoff has also been adding to artificial intelligence and fintech companies.

In the UK he’s added back “very modestly” to Wise (WISE), after a precipitous decline in its share price that “frankly looks mostly divorced from what the company has achieved”. In the US he’s added to Visa (US:V) and Mastercard (US:MA) which he thinks feel like and have so far proven to be pretty good hedges against inflation. “They get to see not just the goods size of the consumption equation, but also the services [and travel side]," he explains. "If people aren’t in Walmart (US:WMT) or struggling at Amazon (US:AMZN) they may well be doing well at British Airways where there is rampant price inflation.”

Rogoff says that fintech is “absolutely an area we want to do more in” because the idea of 'Gen Z' (those born between 1997 and 2012) interacting with a high street bank is just “bonkers”. But he will tread carefully. “Ultimately we want to do battle on high ground," says Rogoff. "When we analyse core tech companies, such as Advanced Micro Devices (US:AMD) in chip making, we feel we know as much about that company as any investor.

And moving into areas that are peripheral to his investment universe, such as fintech, necessitates a careful approach.

In terms of valuation, Rogoff doesn’t think that the market has been stretched to anything like the levels of the dotcom boom. The forward price/earnings (PE) ratio of technology stocks in the S&P 500 index was about 60 times at the top of the dotcom boom, almost twice that reached at the recent peak, while at the end of April they were trading on 21 times.

Rogoff invests “somewhere in the middle” of the growth spectrum. Most of the time he avoids both highly speculative companies that will not turn a profit for many years and so-called value stocks. “We don’t believe in investing in companies where the terminal growth rates are negative,” he says. “There’s no mean reversion in tech – when you fall into the shadows it’s very hard to come back out.”.

Rogoff tries to find companies that are entering into the 'adoption sweet spot'. These have a forward PE ratio or cash flow multiple which looks expensive but a business which Rogoff hopes is about to inflect. However, the tech sell-off has given him cause to look at high growth companies which have seen significant de-ratings. For example, Snowflake (US:SNOW) was trading at a price of 45 times sales late last year but is now trading on a forward sales ratio of about 12 times.

Some internet stocks are trading on very low teens enterprise value/earnings before interest, taxes, depreciation and amortisation multiples, at “the low end of where they’ve traded over the past 10 years”, says Rogoff. There is a lot of concern about what the forward numbers will be because of a possible recession and the pandemic reopening reducing demand for internet stocks, but the valuation compression in software has been as big as he's seen in his career over such a short timeframe.

Rogoff told Investors’ Chronicle in July 2020 that he expected the market would be kinder to stocks in China. “You get some things right and some things wrong in this business,” he said when asked if his position has changed. And he’s glad that he maintains a highly liquid fund so is able to sell holdings when things do change. For example, he heavily reduced Alibaba (HK:9988) as soon as the listing of its offshoot Ant Financial was pulled. While the regulatory backdrop has been challenging for companies in China over the past 18 months, Rogoff “feels like that may have reached it’s nadir and, if that’s true, then it might be time to start rebuilding exposure there”.

He’s recently added back to Alibaba.

Rogoff manages Polar Capital Global Technology Trust with a close eye to its benchmark, the Dow Jones World Technology Index. At the end of April 2022, it held 97 stocks and typically has an active share of 40 to 50 per cent, which means typically 50 to 60 per cent of what the trust holds are constituents of its benchmark.

Rogoff’s goal is to outperform the benchmark after fees, but over five years to 13 June the trust’s net asset value (NAV) total return was 116 per cent, compared with 117 per cent for the Dow Jones World Technology Index, according to Winterflood. Rogoff says that the past six months have been “disappointing” for the trust. This is because while Apple (US:AAPL), Alphabet (US:GOOGL) and Microsoft (US:MSFT) are significant holdings, they are not as dominant in Polar Capital Technology Trust as in the index which is “responsible for a reasonable portion of underperformance”.