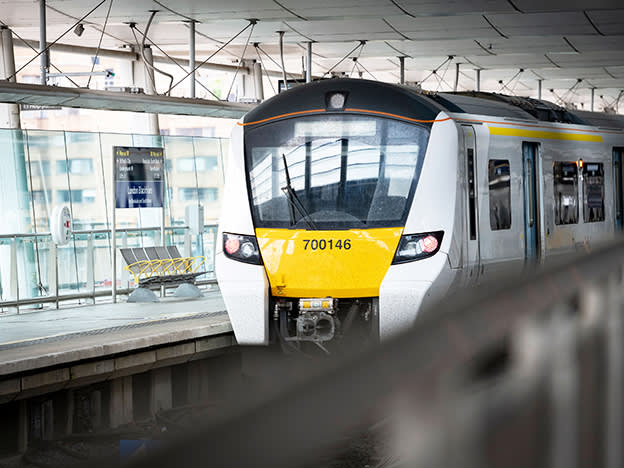 Analysts believe that the government, rather than private train operators, will bear the cost of industrial action

After two years of travel restrictions cutting revenues significantly, a summer of mass strikes are the last thing listed rail operators need. More threats to revenue – plus potential pay rises for staff – do not inspire investor confidence. However, companies are significantly more protected than they seem at first glance.

The relationship between the government and private transport groups has changed since Covid-19.

Before the pandemic, UK railways operated under a franchise model, with private companies bidding for multi-year contracts. Gerald Khoo, a transport analyst at Liberum, said this meant that rail income streams were seen as “high risk and volatile”, with over-optimistic revenue assumptions in franchise bids “torpedoing the reputations of previously well-regarded groups”.

When Covid came, however, and passenger numbers plunged, the government essentially renationalised the railways, transferring all revenue and cost risk onto itself in a bid to keep the network afloat.

Two years down the line, the Department for Transport has a new approach: national rail contracts. These are a form of management contract that are very low risk for operators, giving them extremely limited exposure to fluctuations in passenger demand and rising costs. Under the new system, the government pays operators a flat annual fee to run a service, plus a performance incentive fee if they hit certain targets. Only unreasonable overruns within management’s control are penalised.

The cost of recent strike action, therefore, will likely be borne by the government as opposed to the operators themselves, as industrial action comes under the 'force majeure' definition in the contracts and so do not stop fees rolling in from the government.

FirstGroup (FGP) has recently been awarded a new national rail contract for Great Western Railway, with a fixed management fee of £6.9mn and performance-based incentives of up to £17.8mn. Analysts believe this will provide a low risk earnings stream, with good visibility for investors. A similar deal has been struck with Go-Ahead (GOG)’s joint venture Govia, to keep the Thameslink, Southern and Great Northern rail services in operation.

As trains grind to a halt, bids from international investors are also driving up transport shares. Go-Ahead, which has agreed a £648mn takeover deal with a Melbourne-based bus company and a Spanish infrastructure firm, has seen its share price rise by 48 per cent since the start of June. A second Australian bus company is still considering a bid.

Meanwhile, shares in FirstGroup have risen by 23 per cent since a takeover approach from US private equity firm I Squared Capital, and Stagecoach's (SGC) shares are up by over a third since the group agreed a takeover deal with German asset manager DWS.