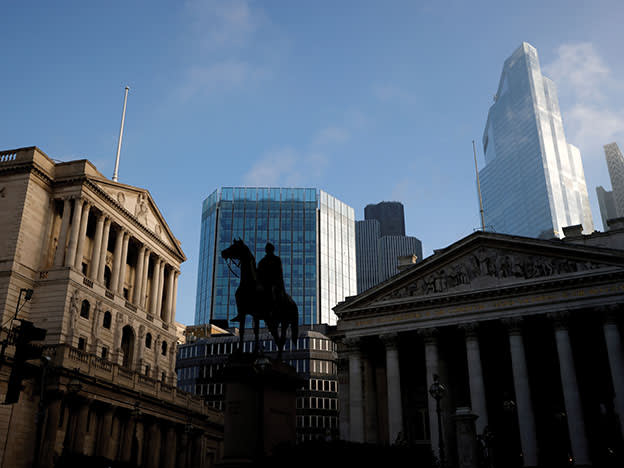 With inflation running at a multi-decade high, UK household budgets are coming under intensified pressure. Real interest rates remain in negative territory, while wage growth is still falling short of cost increases, even though it was increasing by an annual rate of 4.8 per cent (including bonuses) in the early part of the year. Core CPI, which excludes food and energy costs, was running at 6.2 per cent in April. Little wonder that discretionary incomes are rapidly shrinking.

Given price pressures, it would not be unreasonable to speculate that some households might be becoming reliant on consumer credit to fund their day-to-day activities. The most recent peak in net consumer borrowing came at the end of February 2020 and had been in downtrend till the end of last October, when inflation really started to bite.

Consumer credit levels have been bubbling up since Q4 2021, but lending to UK consumers recently increased by the fastest monthly rate in nearly five years and well in advance of economists’ estimates. Whether this came about primarily through a cost of living squeeze is perhaps unlikely, though it’s significant that the UK consumer confidence index has plunged to a near-record low.

If shoppers are becoming more reticent to part with their cash, you would normally expect a contraction in lending. That isn’t playing-out as things stand - but consumer credit is held to be a lagging economic indicator, so it’s conceivable that the cycle could move back into downtrend over the coming quarters. If not, we can assume that UK household budgets may well be stretched to breaking point.

There is another reason to suggest that household credit is being increasingly utilised to fund non-discretionary purchases – food, energy bills and so on. Consumer credit encompasses forms of borrowing like credit cards, personal loans, car dealership finance and overdrafts. There is evidence to suggest that the plastic component of that quartet has been in much greater demand, even as car dealership finance has trailed away as sales of new cars faltered. And matters could even take a turn for the worse as the chances of a prolonged period of stagflation in the UK have increased after consumer prices surged more than expected while economic growth appears to be petering out. One of the few plus points on the economy is the jobs market, yet even that is likely to tighten as companies rein in their fixed costs as discretionary spending stalls, and vacancies data last week suggested this may be starting to happen.

Shrinking consumer confidence and spending presents a headwind for businesses offering discretionary goods and services. The deteriorating macro environment and the likelihood of further volatility in equities markets emphasises the importance of fashioning your portfolio around high-quality companies that can weather the downturn in the economy, particularly those you are able to pass on the lion’s share of cost increases. From a consumer angle, brand strength is an important factor, while some products are essential in terms of household spending. Conversely, and somewhat counter-intuitively, investors could also look to invest in companies whose products are price-inelastic – that can even extend to luxury goods.

Supply side deficits will continue to bolster energy prices

Baker Hughes, the world’s third largest oilfield services provider, has issued the rotary rig counts as a service to the petroleum industry since 1944, but they’re more than a business barometer for the drilling industry and its suppliers.

We might be living in the information age, but the movements in the Baker Hughes rig count suggest that oil and gas markets still provide some of the clearest indicators of activity in the wider economy. The only argument, really, centres on correlation and causation.

A glance at the table shows the various impacts on energy markets since the advent of the global financial crisis, through to the collapse in crude prices at the tail-end of 2014 and, then once again as pandemic lockdowns were enforced.

It was argued that under the Trump administration the US had become the world’s effective swing producer in petroleum markets. The country was then the world's largest producer and refiner of crude oil, with output peaking at 12.97mn barrels of oil per day in November 2019.

Shortly afterwards, the world economy went into a tailspin and the price on crude oil forward contracts briefly slipped into negative territory in response to a glut in the market. Demand in the US, the world’s largest consumer, eventually recovered to pre-pandemic levels. But North American production is still around 1.3mn barrels adrift of where it was before the lockdowns. It means that US motorists are now paying 72 per cent more at the petrol pump than they were immediately prior to the pandemic.

The invasion of Ukraine certainly hasn’t helped matters. But short of a precipitous fall-away in global economic activity, it may be some time before rising US production will exert downward pressure on international prices. That’s because many smaller US producers simply went out of business when the pandemic strangled oil demand, with the effect that many stripper (i.e. marginal) wells were permanently capped. Add in manpower and material shortages, together with the Biden administration’s relative antipathy towards domestic fossil fuel production, and it is likely that supply side deficits will continue to bolster energy prices going forward.

Are we really at a tipping point for electric motoring?

There has been much conjecture in the media over what is being described as a “tipping point” for the global electric vehicle (EV) market. The latest EY Mobility Consumer Index (MCI) reveals that the proportion of motorists looking to buy EVs has hit 52 per cent. That certainly chimes with anecdotal evidence, but also with May data on UK vehicle registrations published by the Society of Motor Manufacturers and Traders (SMMT).

The MCI survey is quite extensive, covering 13,000 motorists in 18 countries. What’s clear is that long-standing concerns over the practicality of electric motoring have begun to dissipate, as auto manufacturers steadily improve range limits and charging times. We are also seeing an accelerated roll-out of charging infrastructure in the UK, although drivers in rural areas have taken a back seat to their counterparts in large towns and cities. Admittedly, the government has pledged another £1.6bn to support people without access to off-street parking. It plans to increase the number of public EV charge points five-fold by 2030, while private entities such as BP are moving ahead with their own infrastructure development plans.

More survey respondents than ever are citing environmental factors as one of the key triggers for an EV purchase and it’s probably telling that China’s motorists are amongst the most committed to change. By contrast, US drivers seem wedded to the internal combustion engine despite the best efforts of the Biden administration.

The extent and rapidity of EV adoption is informing many investment decisions. These range from the stranded assets conjecture to concerns over resource nationalism. That final point may well be underemphasised given the supply deficits we’re already seeing in critical inputs for EVs. It would be reasonable to assume that the economics linked to electric motoring may change appreciably as economies of scale grind up against resource scarcity.

Increasing energy prices fed through to a spike in freight rates

The Baltic Dry Index (BDI) is issued daily by the London-based Baltic Exchange and is accepted as a proxy for dry bulk shipping stocks as well as a general shipping market bellwether. It reflects bulk transfers for cargo such as coal, grain and iron ore. But it can also tell us a lot about where inflation may be headed as it is heavily influenced by global manufacturing PMI. The BDI is generally seen as a leading indicator of economic activity because changes in the index reflect supply and demand for important materials used in manufacturing.

In the age of 'containerisation' some perceive the index as somewhat archaic, but it is also a useful indicator because it is difficult to manipulate - less so than, say, inflation indexes and oil prices, which can be subject to government intervention and/or external speculative influences. However, the index’s reliability as a predictive tool was brought into question a decade ago after China launched a massive (and largely opaque) commercial shipbuilding programme which distorted charter rates for several years. All things being equal, however, it’s worth remembering that bulk ship capacity is highly inelastic over short- to medium-term timeframes.

Since the early part of 2020, the trajectory of the index reflects the logistical challenges brought about by the pandemic and related safety restrictions, but the pronounced increase in freight rates was also aligned with the recovery in crude prices after the slump brought about by the initial lockdown. The increase in energy prices fed through to a spike in freight rates in the second half of last year, although there was an accompanying rise in shipping bottlenecks. Those have subsequently eased to an extent and freight rates came under further pressure through a reduction in Chinese steel output and plunging iron ore prices. However, it’s also worth musing on the fact that the BDI slipped into reverse midway through 2008, which was viewed by some analysts as a harbinger of the tightening of international credit lines – a point worth considering given changes underway in central bank monetary policies.