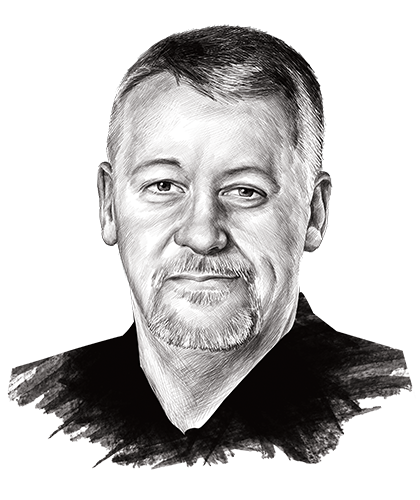 Archaeologists working on HS2 have discovered the largest Anglo-Saxon burial ground in the UK. The graves contained dozens of artefacts confirming Bronze Age, Iron Age and Roman activity, many of which were fashioned out of copper. The metal has clearly been of practical use for a while. Indeed, for nearly 5,000 years, copper was the only metal known to man.

Our early ancestors discovered that copper is malleable and holds a sharp edge, ideal for the creation of ornaments, tools and weaponry, although its modern-day uses would have seemed like witchcraft to them.

Nowadays, along with the complex of rare earth minerals, copper is central to the transition towards a low carbon-intensity world. It also has existing environmental credentials in that nearly all of smelter output is still in circulation, because copper's recycling rate is higher than that of any other engineering metal.

Above all, copper remains the international standard to which all other electrical conductors are compared. It is central to the ways in which we harness and transmit electrical energy. And the metal is quite rightly seen as a bellwether for industrial production given its reputed ability to predict turning points in the global economy.

And it appears as though Doctor Copper has been feeling unwell of late. Copper prices recently sunk to a 16-month low as concerns mounted that many western economies will struggle to avoid falling into outright recession. At the risk of sounding flippant, it’s probably long overdue. In its second-quarter outlook, published in April, Saxo Bank posited that the causes of our current economic woes can be traced back to the Greenspan era, whereby central banks effectively provided an insurance policy for investors. This year, the US Federal Reserve and others have finally been forced to grapple with the threat of spiralling inflation, thereby disrupting “the traditional rinse and repeat of bailing out financial markets and the economy at the first ripple of trouble”. Since the global financial crisis, we’ve essentially been kicking the can down the road.

The prospect of negative growth in the economy is reflected in commodity markets. Over the second quarter, the copper price was down by nearly a fifth and is now well adrift of its 200-day moving average despite a small rally at the end of June.

There is a technical indicator that denotes when the transition from a bull market to a bear market has occurred. For copper, that took place on 8 June, when its 50-day short-term moving average price crossed from above to below its 200-day long-term moving average. Not everyone is an advocate of technical analysis, but in this case it certainly chimes with market fundamentals, at least in the near term. What’s more, copper isn’t an outlier; net-long positions for a range of industrial commodities have withered to a two-year low.

There must be a speculative element in copper’s recent price weakness, particularly given that the purchasing managers' index (PMI) for China's manufacturing sector rebounded into expansionary territory in June. China is the leading importer of copper ore, but the country’s economic recovery has been hobbled by Beijing’s insistence on eradicating the Covid-19 virus altogether, a noble if somewhat unrealistic aim. At any rate, any pick-up in Chinese orders would probably fail to compensate for the aggregate fall in industrial demand in western economies.

Although speculative short positions will remain in evidence for the foreseeable future, the market fundamentals for the metal over the long haul remain highly favourable. At Antofagasta’s (ANTO) recent annual meeting, its chairman, Jean-Paul Luksic, reiterated the view that “copper has a vital role to play in helping countries, cities and companies to decarbonise”, although he went on to point out that “the effect of grade decline and depletions will lead to a growing supply gap”.

That’s the long-term price dynamic in a nutshell. It also suggests that copper miners will be on the hook for increased capital allocations if persistent supply deficits are to be avoided. Rystad Energy projects that demand for the metal will increase by 16 per cent through to the end of the decade, meaning that global demand will outstrip supply by more than 6mn tonnes by 2030. Last year, global production came in at around 21mn tonnes. Leaving aside the vagaries of operational issues and intensifying capital demand, the pricing outlook for Antofagasta and industry peers is set fair despite current weakness.