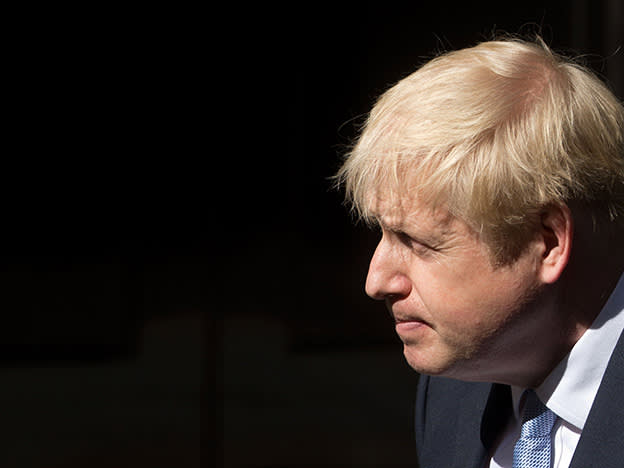 The latest in companies and markets news

Boris is out: The immovable object finally gave way to the irresistible force of ministerial resignations. Sterling popped a touch higher on the first headlines but there has been no follow-through as yet, with GBPUSD hitting a wall at 1.20. Gilt yields are higher, though this appears to be less about Boris than global debt markets as Treasury yields move up. The FTSE 100 was unmoved, already trading up +1 per cent amid a strong European equity session. The FTSE 250 extended gains to trade almost 1 per cent higher.

Sterling made a new 2-year low versus the dollar yesterday but has pulled off its lows at 1.1875 back to around 1.1950 this morning. Markets have not been massively perturbed by the political machinations – there is not a deep political risk here to UK assets. But I would stress that the outcome from the moves to oust Johnson mean tax cuts are more likely, whoever is in Number 10 at the end of the month. Looser fiscal policy are the likely result of political pressures – the ‘cost of living crisis’ looms large – which would only makes it harder to tame inflation; all of which is likely weighing on the pound. Options markets indicated traders are increasingly positioned for further losses. Three’s a crowd in an marriage: weak politics, weak economy and weak central banks make for unhappy bedfellows that engender higher-for-longer inflation... Britzuela.

Stock markets across Europe are firmer this morning with the major bourses notching +1 per cent gains in early trade following a solid session in Asia and a third straight positive day for Wall Street. Autos, energy and tech are the leaders on the Stoxx 600. The dollar is taking a breather, pulling back slightly from its 20-year highs; oil is firmer, while gold remains on the defensive but off yesterday’s lows as Treasury yields rise.

FOMC minutes were clear and unambiguous: the Fed will do whatever it takes to tame inflation. Ninety times was ‘inflation’ mentioned in the minutes, while mentions of ‘recession’ struck out at zero. The University of Michigan survey (consumer sentiment and inflation expectations) came up three times. But the starkest message was that policymakers recognised that “an even more restrictive stance could be appropriate if elevated inflation pressures were to persist”. Participants judged that an increase of 50 or 75 basis points would likely be appropriate at the next meeting this month.

The Fed is getting worried – many policymakers warned that “elevated inflation could become entrenched if the public began to question the resolve of the Committee to adjust the stance of policy as warranted”. A clear message here for the ECB: “On this matter, participants stressed that appropriate firming of monetary policy, together with clear and effective communications, would be essential in restoring price stability.” ECB meeting minutes are due later but really it’s getting too late for Lagarde and co to salvage this as the euro heads to parity with the dollar, further entrenching and importing inflation... time for an emergency inter-meeting hike and new communication. It feels like the ECB is waiting for the recession to kill demand rather than getting a handle on inflation, it has become supine and totally ineffective.

US 10yr yields are firmer, back to around 2.95 per cent this morning, but the 2s10s curve remains inverted with the 2yr Treasury yield a whisker under 3 per cent. Yesterday the 30yr dipped below 3 per cent for the first time since May. Bond volatility is extremely elevated whilst the stock market’s gauge of volatility, the VIX, has been resolutely anchored under 30. So what gives? Well probably the VIX, as the bond market leads the stock market. The stock market does not lead the bond market... still waiting for that blow up in the Vix to signal the bottom but it’s not coming soon as positioning is not there… still a way to go before the bottom is found but for now bears are at risk of short, sharp rallies.

More on that Citi oil call: "In a recession scenario, we would see oil prices falling to $65/bbl by year end and potentially to $45/bbl by end-2023, absent intervention by OPEC+ and a decline in short-cycle oil investment". After dipping to $95 yesterday, its weakest since mid-April, front month WTI rose above $99 this morning. There is something unusual about the recent move in oil – more like a book blowing up than fundamentals reasserting themselves. Backwardation is now steeper in the futures market, which usually indicates tighter supply.

Entain’s (ENT) shares fell by 6 per cent as the gambling company said in a trading update that online net gaming revenue fell by 7 per cent and warned that the economic environment “is reducing customers’ rate of spend”.
In an update for the half-year to 30 June, the Ladbrokes owner said that it now expects online revenue to be flat for the full year after previously forecasting growth in the mid to high single digits. The updated guidance does not include potential consequences from the government’s upcoming gambling white paper.

Total group net gaming revenue for the half was up 18 per cent, with retail trading volumes in the second quarter ahead of pre-pandemic levels. CA

Shares in housebuilder Persimmon (PSN) dropped 5 per cent this morning as a trading update revealed a fall in revenue and housing deliveries. Revenue fell 8 per cent to £1.69bn from £1.84bn at the same point last year. Meanwhile, housing completions fell 10 per cent from 7,406 to 6,652 as the amount of cash in the company’s coffers dropped 40 per cent from £1.32bn to £780mn.

RS Group (RS1), the electronic components supplier formerly known as Electrocomponents, said revenue and profits for its current financial year would be “slightly ahead” of consensus estimates after like-for-like sales grew by 18 per cent in the first quarter.

The company’s shares rose 4 per cent in early trading. MF

Even as oil prices dip, majors are piling up the profits from the supply crunch in the energy market in the second quarter.

Shell (SHEL) has said its refining margin of $28 (£23) a barrel in the June quarter, up from $10 in the first quarter and $4 a year ago, would add around $1bn to its products division cash profit.

While there will be around a $300mn profit impact from excluding the profits of the Sakhalin offshore project in Russia, which is now for sale, this will be more than balanced out by impairment reversals of $3.5bn-$4.5bn for the quarter. Unclear at this point is working capital flows for the quarter, which Shell said were around $6bn up to the end of May. “Prevailing volatility could lead to material additional movements in cash flow from operations in June,” the company said.

Shell will announce its second quarter numbers on 28 July. AH

LXi Reit (LXI) has completed its takeover of Secure Income (SIR), creating a single listed real estate investment trust (Reit) with a £3.9bn portfolio of assets let on long leases. The deal means all of Secure Income’s shares are now owned by LXi with the former having been delisted from the stock exchange this morning. Shares in Lxi leapt 3 per cent this morning.

The new company is a top 10 UK Reit with a combined estimated Epra net tangible assets of £2.4bn. It is owned 53 per cent by LXi shareholders and 47 per cent by Secure Income shareholders. ML

GP surgeries landlord Primary Healthcare has sold a portfolio of 13 medical centres, located across England and Wales, for £27.7mn. Following completion of the sale later this month, PHP's portfolio will comprise 511 assets, of which 20 are in Ireland, with a contracted rent roll of just under £143mn.