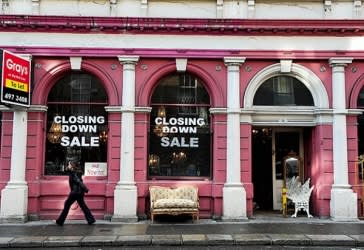 The dismal-sounding Misery Index was constructed in the 1970s by US economist Arthur Okun. It was designed to give a snapshot of economic adversity by summing the effects of ‘the dual hardships of inflation and unemployment’.

It couldn’t have come at a better time: by 1975, the US economy was groaning under unemployment of 8.5 per cent and inflation of 9.1 per cent. Households were miserable - squeezed by high prices and rising joblessness. And economists were confused - according to prevailing wisdom, unemployment and inflation shouldn't be simultaneously high.

According to the original Phillips curve, 1975’s 8.5 per cent unemployment rate ‘should’ have been associated with low 2 per cent inflation, yielding a Misery Index of 10.5. But as stagflation hit, the relationship broke down - it became clear that economies could suffer both high inflation and joblessness. The new measure provided a welcome illustration of the economic malaise households were experiencing: in reality, the US’s Misery Index had soared to 17.6.

How do these figures compare internationally? Steve H. Hanke, professor of applied economics at John Hopkins University, has created an expanded measure: the Hanke’s Annual Misery Index (HAMI). Here, he adds the burdens of inflation, unemployment and bank lending rates, then minuses the change in real GDP per capita. In last year’s table, the UK ranked 87th most miserable, with a reading of 21.5. The US did slightly better, coming in 109th with a score of 16.7.

At the top of the table sat Venezuela - its doleful score of 3827.6 a legacy of the world’s highest inflation rate. Its miserable arithmetic also took into account unemployment of 50.5 per cent, a bank lending rate of 33.1 per cent and real GDP growth of -30.9 per cent. One of the ‘happiest’ countries on the list was Taiwan, whose HAMI score of 3.8 was driven by low unemployment, inflation and interest rates, and moderate growth of 2.6 per cent.

But by giving inflation and unemployment an equal weighting, the Misery Index implies that they cause equal ‘pain’. This doesn’t sit quite right - it is likely that 9 per cent unemployment and 4 per cent inflation would feel worse than the UK’s current sticky situation. And research bears this out: a study by Dartmouth’s David Blanchflower found that a 1 percentage point increase in the unemployment rate lowered wellbeing more than five times as much as a corresponding increase in inflation.

The Misery Index also presumes that low inflation equals low economic hardship. Indeed, according to the HAMI, Japan was the fourth least miserable country last year, thanks in part to its low inflation rates. Japan’s policymakers - who have wrestled with the spectre of deflation for decades - might disagree.

The Misery Index is not a comprehensive measure of overall economic performance. But it does provide a valuable snapshot of the distress felt by households as prices rise and the threat of joblessness increases. Perhaps in the utilitarian world of economics, affection for an index that tries to capture the very human feeling of misery is rather understandable.