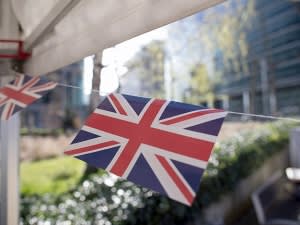 The UK has an unusual penchant for index-linked gilts. This is a challenge in times of high inflation

The Conservative party leadership election has turned into a fiscal tug of war. On one side, Liz Truss has unveiled plans for an emergency tax-cutting budget. On the other, Rishi Sunak has refused to match proposed tax cuts and warned that reductions could fuel inflation. No surprise that interest in public sector finances feels particularly heightened this month. And as it happens, those finances are proving particularly interesting.

According to the ONS’s June report, overall borrowing reached £22.9bn in June – £4.1bn higher than this time a year ago, and £0.6bn more than the OBR forecast. What’s more, government debt interest hit the highest level since monthly records began, reaching £19.4bn due to the impact of soaring inflation on index-linked gilts.

In theory, a high-inflation environment can be good for government finances. It reduces the real value of outstanding debt, and can even increase the tax take through ‘fiscal drag’. This is where taxpayers are pulled into higher bands as the tax code lags in adjusting to higher prices. But as June’s release shows, the reality is more complicated. This is partly down to the UK’s unusual penchant for inflation-indexed debt.

The UK was an early and enthusiastic adopter of inflation-indexed bonds and today, 25 per cent of UK debt is inflation linked. This is significantly above levels seen elsewhere in advanced economies – the corresponding figures are 7.5 per cent for the US, 8.5 per cent for France, and just 0.9 per cent for Japan. Index-linked gilts adjust both coupon and principal payments in line with inflation. And as a relic of their 1980s origin, they are still tied to RPI inflation, which is running even hotter than CPI, at 11.1 per cent. As my chart shows, this is exerting huge pressure on the cost of debt: £16.7 billion of June’s interest payable on central government debt reflects the impact of surging RPI.

Michael Stelmach, senior economist at KPMG UK, argues that "the accrued debt interest in June is sufficient to fully offset the £18bn expected yield from the income tax threshold freezes by 2025-26, which push people into higher tax brackets as their nominal incomes rise". In short, these figures put paid to the idea that inflation could be an effective tool for reducing UK government debt.

As the OBR notes, another peculiarity of UK public finances is that the average maturity of UK government bonds is longer than that of most other advanced economies. This in theory offers some protection against rising rates: long-dated bonds (when not index linked) lock in the prevailing interest rate, which was at a low level for the past decade.

But the OBR also points out that quantitative easing (QE) makes the business of measuring maturity more difficult. In very simple terms, QE saw the Bank of England purchase UK long-term government bonds, financing them with newly created interest-paying reserves. While the gilts purchased had an average maturity of 13 years, the liabilities used to finance them carried an overnight rate of interest.

By the end of 2021-2022, 32 per cent of the public sector’s gross debt was forecast to be in the form of central bank reserves issued to finance gilt purchases. This dramatically increases the sensitivity of debt-interest spending to changes in short-term rates. So as the Bank of England continues its rate hiking cycle, will fiscal tightening inevitably beckon?

Not necessarily. Ruth Gregory, senior UK economist at Capital Economics, calculates that the government still has room to loosen fiscal policy by around 1 per cent of GDP. And she thinks that both candidates will be tempted to use it. Gregory expects a ‘looser fiscal/tighter monetary mix whoever wins, and for the two candidates to meet in the middle with a net fiscal loosening in the Autumn Budget. If she is right, today’s battle between restraint and largesse will be swiftly forgotten as the reality of the UK economic climate hits home.