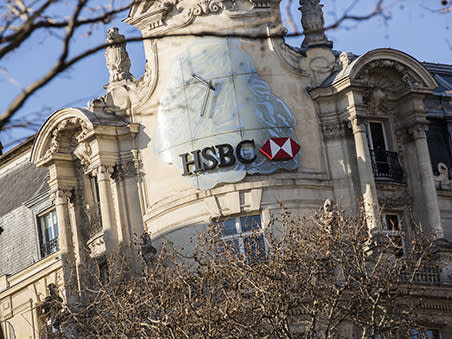 The universal banking group is comfortably ahead of its regulatory capital targets, but share buybacks are taking a backseat

When all but one of the UK-listed banking majors are back on the dividend register, can HSBC (HSBA) retain its income crown? The increasingly Asia-focused banking group’s track record is encouraging – it is alone among the ‘big five’ to have at least maintained its dividend since it was last cut in 2009.

As with its sector peers, HSBC is unlike most traditional income stocks, whose dividends are typically backed by a reliable stream of cash generation. Indeed, the bank’s profitability has frequently proved erratic during the past decade, hit by a plethora of misconduct and restructuring charges and toxic loans. The latter point was particularly problematic given the bank’s lending bias towards Asia and Africa, and which meant that the 2015 downturn in commodities prices left it nursing hefty loan impairments. But on that score, progress has been made. Those bad loan charges almost halved in 2017 after an improvement in conditions in the North American oil and gas industries, which in turn led to a return to pre-tax profit growth, which more than doubled to $17.2bn (£13bn).

Such a sharp turnaround in earnings helps to explain the group’s relatively high yield, and the higher risk that investors have therefore attached to HSBC’s lending exposure. However, capital is king when it comes to judging a bank’s ability to pay dividends.

That’s a regulatory observation as much as anything else. Perhaps the biggest legacy of the 2008 financial crisis has been tighter restrictions on the amount of capital banks must hold to back their loan books. And given the systemic importance of banks such as HSBC to the global economy, capital adequacy understandably trumps shareholder dividends – all banking dividends must be approved by the UK’s Prudential Regulatory Authority. Until 2020, HSBC’s target for its common equity tier one ratio (CET1) – calculated as regulatory capital held as a proportion of total risk-weighted assets – is 14 per cent. At the end of March, the CET1 ratio was comfortably ahead at 14.5 per cent.

Yet much of the improvement in the CET1 ratio – which was just 10.9 per cent four years ago – has been the result of culling risk-weighted assets (RWA). By the end of 2017, the bank had exceeded its $290bn RWA disposal target, extracting $338bn in risky assets since the start of 2015. In the main, that was achieved by selling the legacy credit and long-dated rates book, reducing its capital financing activities and redeploying capital away from Turkey and Brazil.

However, generating capital has been a much harder task, given anaemic global interest rates have squeezed net interest margins (between what banks can charge on lending and what they must pay on customer deposits). That caused management to remove the timetable for achieving its target return on equity of 10 per cent by the end of 2017. Yet there may be some relief on the horizon, with the Federal Reserve projecting four rate rises this year. Nominally, that’s a positive trajectory for lenders.

Newly appointed chief executive John Flint told the market in June that HSBC was “back into growth mode”, with plans to invest $15bn-$17bn, primarily in accelerating growth in Asia and enhancing its technology. Management has issued a target of 11 per cent return on tangible equity by 2020. That means the $2bn share buyback announced in May is likely to be the only one this year, management said. However, we don’t think investors should be too disappointed. HSBC may be at the riskier end of our Income Majors list, but with capital levels the strongest they’ve been since Basel II regulations came into force, the dividend looks stable enough to warrant buying into the shares. Encouragingly, Shore Capital forecasts the payout should be covered 1.5 times by adjusted earnings in 2018, up from 1.4 times last year. And with around 65 per cent of the loan book at variable interest rates, capital generation stands to become easier if rates continue to rise, however gradually. Buy at 701p.