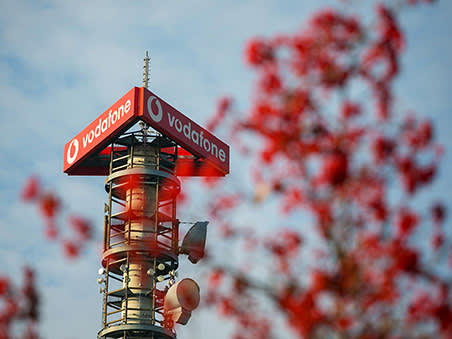 Vodafone: rising through the clouds

Last cut: Vodafone’s annual dividend has increased every year since 1990 when it was first paid

Telecoms giant Vodafone (VOD) has its fingers in many pies – all of which are eating away at capital. It’s set to buy Liberty Global’s European assets for €18.4bn (£16.2bn); is helping fund a fibre optic cable project in the UK run by CityFibre; and has promised to invest in the new fifth-generation mobile network (5G). That’s not even mentioning its debt-laden joint venture in India or consumer care requirements in the UK. And yet, the dividend has not looked this stable for many years.

In the year to March 2018, reported earnings moved back into positive territory for the first time since 2015 following the completion of the £19bn ‘Project Spring’ investment programme, while adjusted earnings (which exclude major restructuring costs) climbed44 per cent to 11.6¢. More importantly, Vodafone’s free cash flow returned to growth and, after excluding the cost of mobile spectrum, exceeded management’s €5bn target for the first time since 2013. Net debtas a proportion of profits also took a big stepdown and ended the year at 2.14 times adjusted cash profits (Ebitda).

But outgoing chief executive Vittorio Colao, doesn’t see this return to financial health as an opportunity to cruise through his final few months in charge. Instead, he’s used Vodafone’s sturdy balance sheet to negotiate a deal with long-time target Liberty Global.

Vodafone has agreed to buy its peer’s German division, Unity Media, and smaller Eastern European assets for 10.9 times Ebitda. That’s better value than the going rate for similar telecoms assets, and well below previous consensus expectations. Moreover, Vodafone will fund part of the Liberty transaction with €10bn of equity credit to preserve its balance sheet. Net debt will rise to between 2.5 and 3.0 times adjusted cash profits following the completion of the deal, but that is far better than  feared. To protect current investors, management will issue €3bn of mandatory convertible bonds which only mature after three years – when growth is likely to offset the dilution.

Liberty Global will expand Vodafone’s German broadband market share to 10 per cent, giving it access to 14 per cent of the nation’s TV customers and putting it on par with the current market leader, Deutsche Telecom. Together, Liberty’s German, Czech, Hungarian and Romanian assets generated €1.6bn of Ebitda and €866m of free cash flow, meaning they are expected to be immediately accretive.

But amid the rising optimism, it’s worth noting that Vodafone strips its spectrum costs out of its free-cash-flow figures, which gives a rather skewed picture. Spending on the mobile network has averaged €1.5bn in the past five years and peaked at €3.3bn in 2016 when 4G wavebands came up for auction in the UK. And as 5G begins its global roll-out, Vodafone’s spectrum spending will remain high.

But spectrum cost isn’t the only reporting complication. Vodafone’s tendency for dealmaking and joint ventures means acquisitions and disposals have caused significant disparity, from a £27bn gain following the sale of its US subsidiary in 2014 to a £7bn loss after it bulked up its German operation in 2015. Regulatory requirements and legal settlements are also regular features of financial reporting, and make the outlook hard to grasp.

For those investors who can see past the mountain of adjustments there lies a company whose solid dividend continues to be overlooked. Having come through a big period of spending with its payout intact, shareholder income now looks pretty secure. Combine that with the growth opportunities from the Liberty deal and Vodafone is a solid buy at 188p.