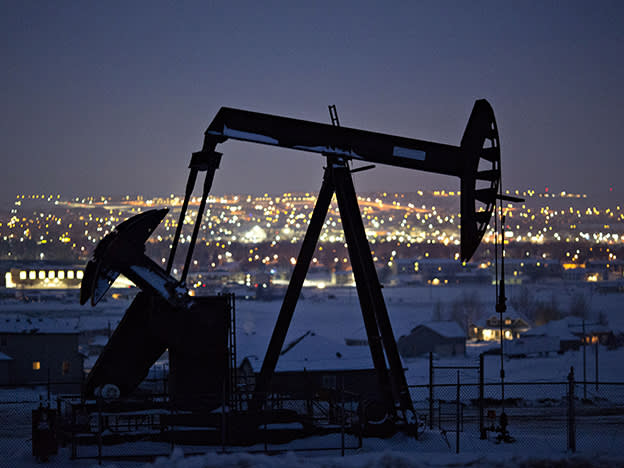 As US sanctions on Iran take effect, we ask whether oil is set for a renewed rally back towards $100 or if traders are betting on the market to fall back

If global stocks had a bad month in October, oil endured an equally torrid start to the fourth quarter. Crude prices roared higher in 2017 and for the most of 2018. Coming off a low around $45 a barrel for Brent crude in June 2017, prices rose clear of $80 by the start of October this year. Since then the market has eased, with the price of Brent, the international benchmark, retreating by around 15 per cent over the month to the $72-a-barrel region.

Stoking the gains for oil were several short and long-term supply and demand factors. The Organization of the Petroleum Exporting Countries (Opec) plus Russia decided at the tail end of 2016 to cut output, a programme of restraint they have admirably stuck to. This undoubtedly has been instrumental in the rise in oil from the multi-year lows struck in 2016. Through 2018 the cartel has stuck to its guns; and, if anything, fears that members will not comply with production cuts have proved the opposite – overcompliance was a problem. The unplanned loss of production from Libya and Venezuela amplified the efforts by the cartel to control output.

On top of this were fears about Iran. Specifically, fresh US sanctions on the country and what impact this would have on the oil market as supply is removed. This was the chief driver of the oil rally in the second half of the year, with up to 2m barrels a day in output potentially being removed from the global market.

US shale, which had been blamed for the cratering in oil prices from above $100 a barrel, is not coming back on stream as quickly as perhaps thought. Pipeline shortages in the key US producing areas have not helped, despite output on track to break the annual record set in 1970. This pipeline problem may be ‘fixed’ come 2019 and mean more supply coming to market. But since spiking at $85 and threatening to make a move back to $100, oil has fallen steeply, leaving those hedge funds betting on $100 a barrel looking a tad uncomfortable.

There has been a lot unknown about the Iran sanctions. Estimates about how much oil would actually be lost as a result of the measures have varied widely. The ramp-up in crude due to this fear was as much about pricing in a risk premium from this unknown. As the sanctions bite, markets have become more sanguine; a case of buying the rumour, selling the fact.

Crucially there are waivers for some of the largest importers of Iranian oil, which will soften the impact of the sanctions. Meanwhile, we have also seen Opec and the US ramping up production, which appears to be offsetting the expected loss from Iran and ongoing losses from Venezuela. This is vital as the market and analysts were not convinced that Opec and its allies could offset losses terribly easily due to falling spare capacity.

Opec production hit 33.31m barrels per day (bpd) in October – the most since December 2016 just before the production curbs took effect – and up 390,000 bpd from September. Meanwhile, US output is booming too, with over 11.2m bpd in production.

The market has been well prepared as Iranian exports are already down about 1m barrels a day from May, with buyers scaling back purchases in readiness for the sanctions. Finally, Iran is likely to discount its crude; finding buyers – many countries are keen to circumvent US sanctions – and weighing on prices.

The question is whether Washington’s sanctions hold, whether Trump doubles down and toughens up limitations, or if there is thawing in relations. On the first – it’s hard to see whether countries will circumvent the sanctions or play ball. It’s the first time we are seeing nations really prepared to challenge the US decision. A thawing seems highly unlikely – the bigger risk is that Trump removes waivers depending on how he assesses the impact of the sanctions. There are many reasons to think the impact of Iran sanctions is baked into the price already. However, there is a not insubstantial tail risk that, having come back off their highs, Brent prices could rally back to $80 if the waivers are cancelled.

A ramp-up in bullish – long – positions on oil and other petroleum futures that peaked at the start of the year has all but ended.

Bullish bets on oil surged this year as the market reacted to Opec’s resolve to maintain production curbs, and fears that sanctions on Iran will mean less supply.

However, hedge funds’ speculative net long positions have in the past few weeks seen a major flattening. Bullish bets have fallen to their lowest level in a year, reflecting investor concerns that the rally in oil may be losing steam and that the rebalancing of the market will allow Opec and Russia to open the taps next year.

According to weekly data on speculative positions held by hedge funds from the US Commodity Futures Trading Commission, combined long futures and options in New York and London fell by 42,644 contracts to 216,733 in the week to 23 October. This was the lowest level since September 2017. At the same time gross long positions on US crude in New York has fallen to the lowest since January 2016.

By the beginning of November when the sanctions were taking effect, overall net longs totalled +432,000 contracts, the smallest in a year, having hit a record high of +739,000 in February. This is partly a reduction in longs, but also a significant increase in short positions again, although the number of bearish bets is still well below the levels seen at their peak over the past four years. The ratio of longs to shorts is down to 6:1 from a high of 12:1 in September. With the US offering waivers – something of a U-turn in terms of its stance – we might expect investors to liquidate more of these long positions.

This goes back to fundamentals. US production is increasing while a shortage of pipeline capacity in the key Permian Basin means inventories at Cushing, Oklahoma – the key storage facility in the US – are climbing and set to rise further as the routes to the Gulf Coast are closing.

And things will take time to change. Planned expansion of the Permian pipelines are not expected to come on stream until the end of 2019. For US investment bank Citigroup, this means inventories at Cushing could more than double.

US inventories have been climbing for weeks. This ramp-up in inventories is likely to put further pressure on WTI futures and it comes just at the moment that Brent is arguably supported by supply disruption. Therefore, a widening of the WTI-Brent spread could occur – Citigroup estimates it could reach a fresh five-year high of $15.

Or will it? Crude futures started to fall again just as the Iran sanctions were approaching. Could this be a ‘buy the rumour, sell the fact’ type trade? Perhaps, although we also must look to several important fundamental drivers.

Saudi Arabia has pledged to produce as much as possible and there is a sense that the Iran sanctions will not hit supply as badly as feared. Soaring Opec production in October does indicate the cartel has responded to the US sanctions more easily than many thought.

Moreover, the risk-off move in equities is a factor. Goldman Sachs estimates that the correction in the US market in October would shave half a percentage point off gross domestic product (GDP). Concerns about growth rates in the eurozone and China are mounting. The threat of a trade war on global demand is also a weight on the broader commodity market. A stronger US dollar is also a factor, particularly for emerging markets as it affects their purchasing power.

Oil is a product of risk as well as fundamentals. If we see the global equity rout mutate into a full-blown bear market anchored in fears of slowing global growth – the signs are already there in some cases – the pressure on oil prices seems assured. The vulnerability of stocks right now suggests a bearish bias for oil.

Demand growth forecasts are also being cut. In October the International Energy Agency (IEA) warned that the higher average price of oil and trade tensions will knock demand next year. On the technical front, oil turned down from long-term trend resistance and this has brought larger declines into focus.

The question will be whether, if faced with oil heading back towards $60 a barrel for Brent – a level that is uneconomic for most of Opec – do we have the cartel seek to further control output?

Falling demand, pent-up and rising supply in the US and Opec stepping in to plug any loss from Iran suggest that we are likely to see $60 before we see $100.