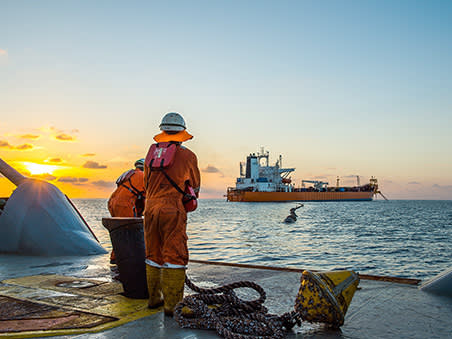 Explorer-producer Ophir Energy (OPHR) is in talks over a possible all-cash offer from Medco Energi Global, in the latest example of consolidation among mid-tier oil and gas companies.

Though a potential offer price has yet to be disclosed, speculators seized on confirmation of a potential bid to push up Ophir shares by a third to 47.5p on the year’s first trading day. The current trading price is also equivalent to a 25 per cent premium to the shares’ 100-day simple moving average.

The groups informed investors of the possible offer on 31 December, following “share price movement” in Ophir shares. Under UK takeover rules, Ophir says Medco has until 28 January to make a firm offer.

A combination with Medco Energi, a subsidiary of Indonesian resources company PT Medco Energi Internasional, would create “a southeast Asian upstream powerhouse”, according to Angus Rodger, a research director at oil and gas consultancy Wood Mackenzie. Following its acquisition of producing assets owned by Australian oil group Santos, Ophir produces around 25,000 barrels of oil equivalent per day, around a third of Medco’s targeted output.

This development follows a difficult year for Ophir, in which it struggled to attract financing for the long-awaited Fortuna project, lost long-serving chief executive Nick Cooper, and acquired a portfolio of mature, cash-generating output just in time for oil prices to drop. Given the uncertainty over Ophir’s LNG development, and the broader pivot to Asia, any offer above 45p is likely to provide some small relief for shareholders. Hold.