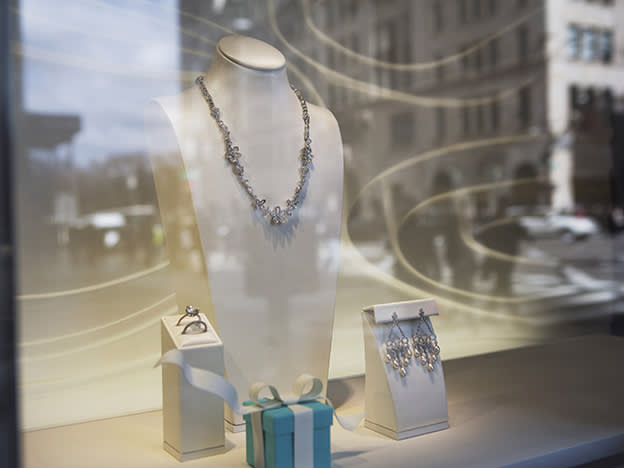 Amid the deluge of retail updates this month, shares in luxury retailers are holding up. Over the two months ended 31 December 2018, net sales at US jeweller Tiffany & Co (US:TIF) fell by 1 per cent to $1.04bn (£803m), with comparable sales down 2 per cent. Adjusting for exchange rates, revenues were flat year on year, reflecting lower sales to Chinese tourists and softening demand across the Americas and Europe, which chief executive Alessandro Bogliolo said “may have been influenced by external events, uncertainties and market volatilities”. This prompted a warning that full-year earnings will be towards the lower end of the guided $4.65-$4.80-a-share range.

However, Tiffany shares rose in early trading in New York. After all, a less than inspiring performance over Christmas is hardly headline-worthy news. More importantly, sales in mainland China were good, while the company also reported a solid performance in Japan and from its e-commerce business. For now, 2018 sales and earnings are still expected to mark a record for the group.

Meanwhile, fourth-quarter figures from German luxury house Hugo Boss (Ger:BOSS) revealed revenues of €783m (£687m) – 4 per cent ahead of RBC analysts’ estimates – driven by a 5 per cent rise in like-for-like retail sales and a 37 per cent surge in online revenues. The company also notched up 4 per cent sales growth across Asia, as well as a 9 per cent improvement across Europe and 4 per cent across the Americas.