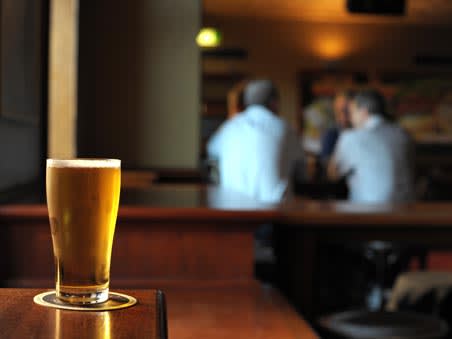 In a year of political turmoil, it appears that many found solace in the pub. According to the latest data from the Coffer Peach Business Tracker – which analyses trends in the drinking and dining-out market – pub sales have consistently outperformed that of restaurants in recent months. Within the pub sector, drink sales have triumphed over food, creating an ideal trading environment for 'wet-led' pubs which prioritise the bar. In the meantime, though, the casual dining sector has become fiercely competitive.

Judging by the latest Coffer Peach Tracker data, pub groups had reason to celebrate over the festive season. Like-for-like sales at pubs rose 5.1 per cent, with London the strongest performing area for trading, and drinks the best sellers. Continuing the trend from 2018, restaurants trailed pubs with comparable sales growth of just 2.4 per cent.

There's no indication these trends will reverse in 2019. Karl Chessell, director of CGA, the business insight consultancy that produces the Tracker, said figures suggested consumers are “more selective” about where they spend their money, preferring to enjoy memorable experiences – like going out for a meal or drink with family or friends – to buying presents. Consumers are also more selective about what they order, with a growing preference for 'premium' choices.

As the Christmas trading updates roll in, these trends seem increasingly consistent across the FTSE 350. Greene King (GNK) reported record Christmas Day sales of £7.7m, which contributed to a 10.9 per cent increase in like-for-like sales over Christmas and New Year. Over the three-week festive period, Mitchells & Butlers (MAB) also reported a comparable sales increase of 9.8 per cent. But what was most surprising about this update was sales growth appeared to be evenly split between food and drink, bucking not only the wider trend but also that of past Mitchells & Butlers updates. The pub group has struggled with food sales in the past, and blamed snow storms in March 2018 for discouraging punters from visiting its premises.

Indeed, one item that seems to make its way into every pub group update is Brexit. Both Greene King and Mitchells & Butlers have exercised caution when talking about the effect Brexit might have on consumer spending. But JD Wetherspoon (JDW) chairman Tim Martin has taken the opposite stance. He doesn’t believe Britain will be worse off after Brexit, and says talk of food price inflation is merely a myth. Even so, Wetherspoons patrons could soon see some changes, as the pub chain experiments with swapping EU products for non-EU replacements.

It'll certainly be a year of change for Restaurant Group (RTN) and Whitbread (WTB). Restaurant Group announced the acquisition of Asian fusion chain Wagamama in late October for £559m, part of which was funded by a rights issue, in the hope of reigniting growth. Wagamama, at the time the deal was announced, had reported 228 consecutive weeks of like-for-like revenue growth – well ahead of the market. Between 2015 and 2017, group sales rose at a compound annual rate of 17 per cent, compared with a 0.4 per cent decline at Restaurant Group over the same period.

Meanwhile, Whitbread’s disposal of Costa Coffee to The Coca-Cola Company for £3.9bn received "overwhelming approval" from shareholders. It means Whitbread will transform itself solely into a hotel operator this year, with significant expansion plans in mind, much of it focused on Germany.

This could be an exciting year for Whitbread. We think the 16.4 times cash profits valuation put on the Costa deal was good, while shareholders anticipate the "significant majority" of the proceeds will be returned to them. Whitbread will also be left with the largest network of UK hotels and a significant opportunity to expand in Europe. At 4,601p, or 18.5 times forward earnings, we remain buyers.

Mitchells & Butlers may have reported a strong festive trading period, but this success could be short-lived. Analysts held off from issuing earnings upgrades in the wake of the statement, suggesting they doubt the improved sales trend will continue. Even chief executive Phil Urban seemed a tad nervous, admitting that the group is entering its "toughest quarter". At 252p, or 6.9 times forward earnings, the shares look cheap against the sector for a reason. Sell.