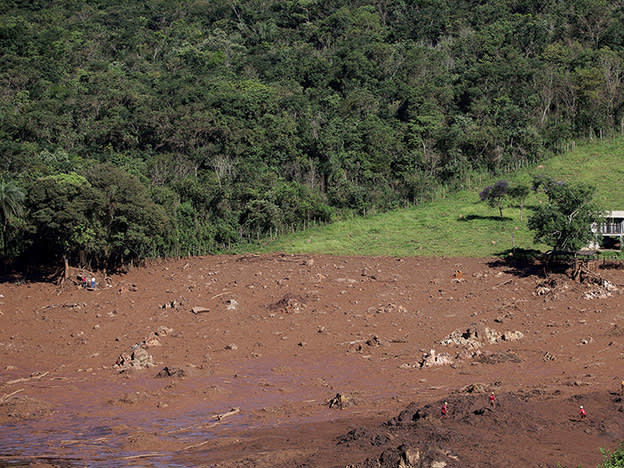 For investors, the Brumadinho tailings dam catastrophe is an unwelcome reminder of the industry's atrocious safety record

History, Karl Marx once wrote, repeats itself “first as tragedy, the second time as farce”. Perusing the global mining industry’s expressions of horror at last month’s Brumadinho tailings dam collapse, it is hard not to recall the line. Describing a disaster likely to have killed more than 300 people as “tragic” might carry more weight had the incident not arrived just 38 months after another of Vale’s Brazilian iron ore operations failed, again at huge human and environmental cost.

Still, the scale of the destruction at the Córrego do Feijão mine has served as a brutal reminder of the perils of investing in natural resources companies at a time when trust in the industry remains in short supply. Worse still, efforts to quantify tailings dam failures around the world appear to suggest that the deadliness, magnitude and even frequency of such disasters are getting worse (see table below).

Alerted to reported comments from senior bankers that poor safety records could make the sector “uninvestable”, London’s listed groups have already proposed higher standards, while distancing themselves from the sort of safety controls that have led to two catastrophes in less than four years, all on the watch of one of the world’s largest iron ore miners.

Two such expressions arrived in the last week. The first came from South32 (S32) chief executive Graham Kerr, who said the industry needed to “increase transparency about the risk that exists” via “a common reporting framework” for shareholders to better understand varying standards. Mr Kerr has proposed industry self-regulation as the solution.

The second came from BHP (BHP), whose spin-off of South32 came just months before the Samarco mine it co-owns with Vale (US:VALE) suffered a catastrophic dam failure in November 2015, killing 19 people and sending thousands of tonnes of tailings slurry 620km downriver.

Chief executive Andrew Mackenzie said his company was committed to learn from the Brumadinho disaster, suggesting that “as an industry, we must redouble our efforts to make sure events like this cannot happen”. However, so long as Samarco remains both closed and without financial support or permitting, it is questionable how BHP might present itself as a champion of safety reform.

Predictably, markets have also viewed the event as a zero-sum game, and latched on to the sudden 20 per cent iron ore price rises that followed Vale’s output cuts by buying up shares in Rio Tinto (RIO), whose value has climbed 17 per cent in the past month. Ferrexpo (FXPO), which competes directly with Vale in the iron ore pellet market, has seen its shares rise even higher, despite uncovering a potential corporate governance issue.

However, analysts at BMO have warned that prices are already starting to trend back lower, as steel mills take stock, dam decommissioning takes longer than expected, and cuts to Vale’s supply is replaced by marginal production from China. “In our view, iron ore is an extremely efficient market and will trade back towards normality in short order,” the bank said in a note on 15 February. “In the longer term we expect this to drive Chinese mills to secure more pellet feed – an area we see growing much faster than traded pellets.”

For too long, mining companies and their investors have viewed mines as a set of insurable externalities in far-flung locations, rather than failsafe engineering projects. One can only hope this is a final wake-up call, although a reporting framework that encourages anything but the highest safety standards is neither worthy of a social licence nor investor capital. Indeed, the solution is likely to require higher capital costs, and a further hurdle to commissioning. Perversely, and short of a massive leap in innovation, that could mean higher commodity prices in the years to come.