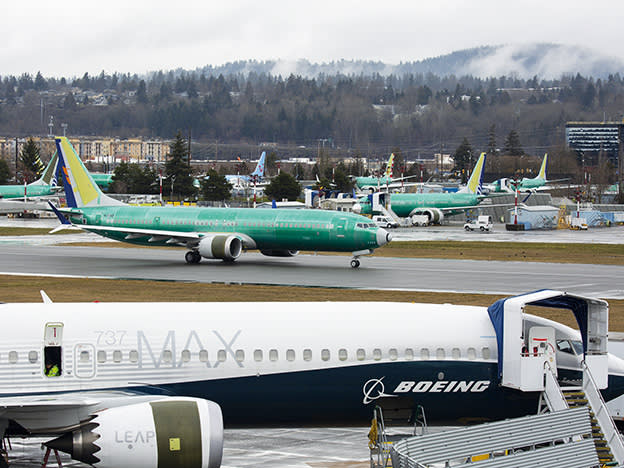 It is 10 March 2019, and a Boeing (US:BA) 737 Max 8 jet has crashed near the town of Bishoftu, Ethiopia, around six minutes after take-off. The plane nosedived after Ethiopian Airlines pilots were unable to override the Boeing Manoeuvring Characteristics Augmentation System (MCAS), which is designed to help to stabilise the aircraft, forcing the jet into a descent. All 157 people on board perished. The disaster followed the crash of a Lion Air 737 Max 8 in Indonesia in October 2018, which Boeing has also attributed to the MCAS.

Regulators have acted swiftly. The Federal Aviation Authority and the European Union Aviation Safety Authority have both grounded the planes. There were 314 737 Max jets in service at the end of 2018, according to market intelligence provider Cirium. Boeing has subsequently decided to cut monthly production volumes from 52 to 42 jets from mid-April. JPMorgan estimates that each quarter without 737 Max deliveries will cost the beleaguered jet manufacturer around $4.5bn (£3.4bn) in cash.

Airlines have been forced to request or extend leases of jets to plug the gap left by the Boeing jets. This can be done either with a ‘wet lease’, where an aircraft is provided with a crew, maintenance and insurance, or a ‘dry lease’, where the plane comes without support. Tui (TUI) is one such airline that has had to respond. It has 15 737 Max 8 jets, with a total order for 72 737 Max planes, spread across the 8 and the 10 versions, the latter of which is not yet airborne.