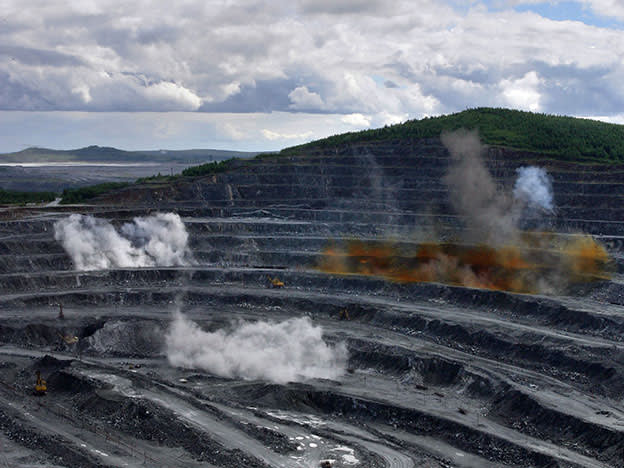 Bushveld Minerals (BMN) has looked to repeat the deft move that shot it up the ranks of Alternative Investment Market companies three years ago with a new major asset. The vanadium miner will spend $68m (£52m) on a vanadium processing plant, Vanchem, 170km from its existing Vametco operation in South Africa.

Vametco became a major money-spinner because stricter Chinese building regulations sent ferrovanadium prices skyrocketing from $13 per kilogram (kg) in 2016 to $130 per kg in October 2018. The metal is used to strengthen steel, and China wanted to increase new buildings’ resistance to earthquakes.

This new deal could see production quickly climb from 2018’s 2,650 tonnes of vanadium, with 960 tonnes per annum (tpa) immediately available through third-party ore, although brownfield plants can often throw up tricky maintenance issues. The central point in this move is that the Mokopane expansion project can now be built without the massive cost of a new plant.

This has dropped the open-pit operation’s forecast capital expenditure from $300m to $20m. Add in the cost of Vanchem and the $45m refurbishment plan and the complete cost comes to less than half of what Bushveld had previously forecast, although the Vanchem plant will not be able to produce the 5,500tpa outlined in the 2016 pre-feasibility study, and operational expenditure will rise with the transport costs.

The deal comes as vanadium prices have fallen over 60 per cent since November, although BMO commentary says stocks are starting to deplete in China and that the market has started to tighten again. Bushveld chief executive Fortune Mojapelo said he was not worried about vanadium price dips, backing Chinese steel production to come out of the winter lull to boost the market, and said he had it “on good authority” the government would be ramping up checks on new steel supply having the mandated vanadium content.

The transaction itself will be settled between July and October, and Bushveld has already put $6.8m in escrow for the buyer, a subsidiary of Luxembourg industrials company Duferco. Bushveld is currently debt-free, but Mr Mojapelo said cash was unlikely to stretch to the wholesale price. “We're in a very strong cash position because we are generating very healthy cash even at these [vanadium] prices,” he said. “We are comfortable that between the cash resources that we have and from the limited debt we will be able to finance the [plant].”

There are risks in buying a brownfield plant with just one of three kilns operating, especially when it has recently had a four-year shutdown. Judging by the $45m budget for refurbishment, Bushveld could get this right the first time. Investors should note its share price tracks the vanadium price. Speculative buy at 29.4p.