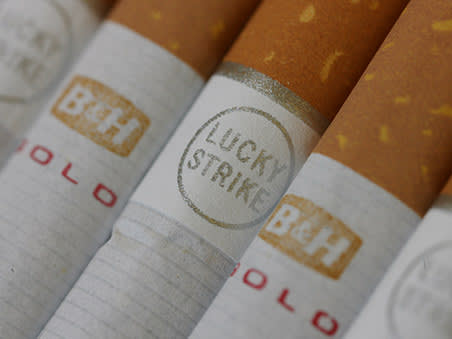 British American Tobacco (BATS) disappointed investors in June when it announced that it had lost some of its share of the American cigarette market for the first time in years. The US business was said to be “performing well” despite the fact its market share by volume had declined by 10 basis points in the first half of its financial year. The news sent the shares tumbling on the day.

The market-wide decline in the volume of traditional combustible cigarettes sold is nothing new. During the 2018 financial year, the total volume of cigarettes sold by BATS fell by 3.5 per cent to 708bn sticks. In what are deemed to be “key markets”, BATS saw a volume decline of 2.7 per cent, compared with a 3.4 per cent drop across the wider industry.

What is more concerning for tobacco companies is any perceived weakness in sales growth from alternative products, such as vapour and tobacco heating devices, as companies such as BATS are relying heavily on these products to compensate for the ongoing decline in cigarette volumes sold. During the first half sales growth from these alternative “new category” products came in towards the bottom end of the guided 30 to 50 per cent range, but new and enhanced product launches during the second half of the financial year are expected to push this sales growth rate towards the middle of the guided range.

These sales growth figures for new category products are key points of interest for those investors who bought shares in BATS for income. Tobacco profits have traditionally supported generous dividend payments, but if growth from new products cannot keep pace with the continued decline in cigarettes, those payments could come under threat. BATS has previously scaled back estimates for future sales targets from new categories. It now expects to hit £5bn by 2023-24, rather than the previous guidance of 2022. It also revised down its target for 2018 from £1bn to £900m, and narrowly beat this at £901m.

The 2017 acquisition of Reynolds American dramatically impacted the scale of the business, as the £41.8bn deal represented the largest ever purchase of a tobacco company and one of the biggest M&A deals in history. While this raised net debt substantially to £45.6m (although this subsequently ticked down to £44.4m last year)  interest payments have not yet come at the expense of dividends. In the 2018 financial year, BATS paid 203p a share in dividends, equating to a total payout of £4.35bn, an increase of a quarter on the year before. This was around 1.8 times covered by free cash flow of £7.68bn, after interest payments of £1.53bn. So far, these payments have not yet compromised investment in new category products, which increased by £500m over the course of 2018, nor the adjusted operating margin, which was 40 basis points higher at 42.6 per cent. Operating cash conversion continues to be strong at 113 per cent, or 100 per cent after normalising for the timing of tobacco master settlement agreement (MSA) payment, compared with 97 per cent the prior year.

Dividend policy: Pay out at least 65 per cent of group earnings.

There does not appear to be any indication that Jack Bowles, successor to previous chief executive Nicandro Durante, will make any changes to the company’s current dividend policy of paying out at least 65 per cent of group earnings. A big fear for tobacco companies is tougher regulation, particularly in the US, where the Food and Drug Administration (FDA) has considered banning menthol cigarettes, limiting the amount of nicotine in combustible cigarettes, and investigating the health effects of vapour products. This could largely explain why shares across the tobacco sector have fallen so much over the past 12 months, with BATS currently trading at 2,973p or nine times forward earnings after falling by nearly a quarter over this time period. Despite its heightened exposure to the US following the Reynolds deal, we think cash flows will continue to support this income play, although any buyers must be comfortable with taking on this regulation risk. Buy.