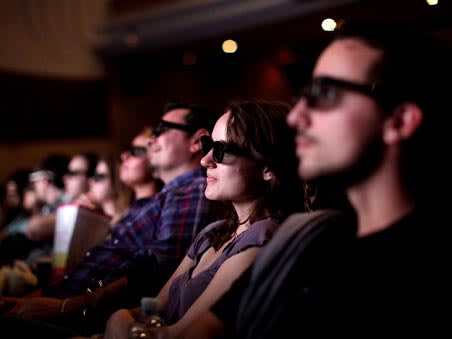 Cineworld (CINE) had a weak start to the 2019 financial year, as the cinema operator had previously warned. Admissions fell 14.4 per cent to 136m, while box-office sales were down 14.9 per cent to $1.29bn (£1.06bn). This contributed to an 11.1 per cent drop in group sales to $2.15bn on a pro-forma basis, as if Regal entertainment had been consolidated for the entirety of the comparative period, rather than four months of it. The continued integration of Regal is going to plan, with $150m of synergies expected to be achieved.

The group also made progress in changing its capital structure. Two sale and leaseback transactions were completed during the period across 35 US-based sites for a total of $556m, allowing Cineworld to repay $550m on a US-dollar denominated term loan. A 20.27¢ special dividend was also paid in early July, post-period end.

It used to be the case that cinemas were impervious to the general economic cycle, but Cineworld faces a mounting challenge from on-demand at-home services. The group is upgrading its offering through conversions of Regal locations in the US, upgraded screens, and an “Unlimited” subscription movie pass, although none of this comes cheap. Those cost synergies can't come fast enough given an unadjusted net debt - which includes lease liabilities - of $7.01bn and associated costs that are squeezing the net margin. The shares are undervalued judging by their historical enterprise/cash profit multiple relative to peers, but the resultant dividend yield could be viewed as a reflection of growing market trepidation. More work on the balance sheet is needed. Hold.