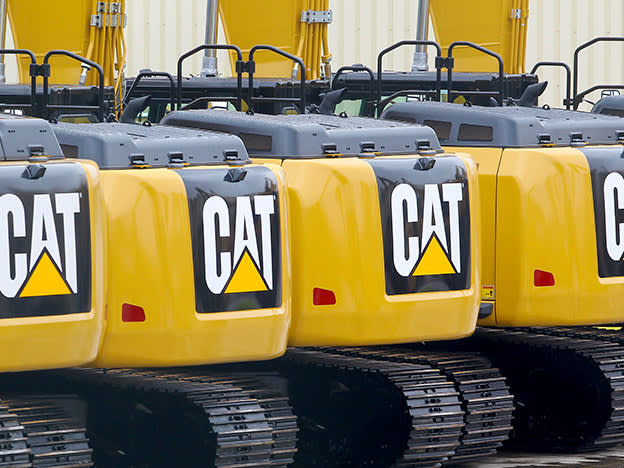 Over the course of its history, the S&P 500 has overstated its earnings by an average of 25 per cent. That’s according to The Earnings Mirage: Why Corporate Profits are Overstated and What It Means for Investors, a recent research paper produced by O’Shaughnessy Asset Management (OSAM). Written by pseudonymous author Jesse Livermore, the study contends that company earnings are systematically overstated, consistently failing to reflect reality.

The idea of misstated earnings is not new – British economist Andrew Smithers has been a strong proponent of the discrepancy between so-called ‘true’ profits and published profits. But what this paper uncovers is that even without nefarious intent, true earnings are easily magnified by official accounting rules. To some, this might sound faintly ridiculous. How can rules fail in their basic job to to hold something to a standard?

The root cause of the distortion is depreciation, the annual reduction in the economic value of an asset due to age, wear and tear and obsolescence over the course of its “useful life”. And herein lies the first problem. Determining the useful life of an asset often comes down to thumb rules and guesswork that can be very unreliable. But even if this is correctly estimated, there is a much larger source of inaccuracy – inflation. Specifically, the way it is treated (or rather ignored) under generally accepted accounting practice (GAAP) rules.

Mr Livermore uses a simple example. Imagine construction equipment manufacturer Caterpillar (US:CAT) – one of the world's most closely-watched stocks – built a production factory in 1965 at a cost of $10m, estimating a useful life of 20 years and a salvage value of $2m. Under GAAP’s historical cost framework, this asset is carried on the balance sheet at its original cost as opposed to the cost of replacing it today. Depreciation expenses are then locked in reference to this historical cost and cannot be upwardly adjusted. This would mean the company deducts $0.4m from its earnings each year as a non-cash expense. But the real cost of maintaining this asset will rise with inflation and will likely be much higher than the nominal $0.4m annual depreciation expense. This additional capital expenditure shows up on the balance sheet as an investment rather than an expense. So, over time, depreciation becomes systematically understated in the presence of inflation, and because this is an expense it translates to earnings which appear higher than they actually are.

It is not always advantageous for a company's top line to be inflated. Indeed, in the late 1940s, major manufacturing companies such as US Steel and Du Pont lobbied to use replacement cost accounting to calculate their depreciation expenses, continually adjusting the stated value of assets to match their current values. Their reasoning was that historical costs reflected much lower pre-war prices for property, plant and equipment. Understated depreciation and overstated earnings would encourage labour unions to press for higher wages and benefits and shareholders for larger dividends. But the US Securities and Exchange Commission (SEC) held firm with historical cost accounting and the rest, as they say, is history.

So, how can investors improve their stock selection process in the face of overstated earnings? For starters, Mr Livermore suggests that the ratio of depreciation to capital expenditure is a good indicator of whether companies are overstating their earnings. Those that exhibit low ratios are more likely to be low-balling their depreciation, compensating for the understatement with high capital expenditure.

Another informative metric is free cash flow – the amount of cash a company has left over to pay lenders and shareholders after the cash outflows to support operations and maintain its capital assets. By accounting for capital expenditure, free cash flow better reflects the true cost of deprecation. Investors Chronicle columnist Phil Oakley has done a deep dive into the usefulness of free cash flow as an analytical tool. Among other valuable lessons, he cautions that a pattern of poor free-cash-flow generation may point to a weak investment case. When the actual cash flow needed to replace existing assets is considerably more than the annual depreciation expense over a period of time, it is a red flag that a company may be overstating its profits.

Before you lose faith in a system seemingly designed to encourage dishonesty, it's not all bad news. With inflation much lower today than it has been in the past, the study finds that current earnings are less overstated than before. The key takeaway is to treat headline figures with a healthy degree of scepticism and to do a little bit of digging to assess just how real those profits are. After all, to borrow from Mr Livermore’s namesake, the legendary US investor, “if there was any easy money lying around, no one would be forcing it into your pocket”.