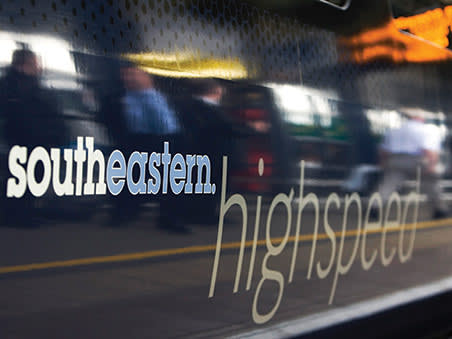 The loss of the London Midland franchise – which concluded at the end of 2017 – took a chunk out of Go-Ahead’s (GOG) pre-tax profits last year. That, combined with the cost of a settlement with the Department for Transport over service failures, offset rising passenger revenue at the Southeastern and Govia Thameslink Railway (GTR) franchises and meant rail operating profit fell more than a third.

Rail looks set to continue being a thorn in the group's side. Chief executive David Brown said he was “disappointed” that the Department for Transport terminated the new South Eastern franchise competition, leaving the group in operation of the South Eastern franchise until April 2020. Go-Ahead will continue to operate the GTR franchise until September 2021, with the possibility of a two-year extension. The group is also participating in the Williams Review of the UK rail industry. Chief financial officer Elodie Brian said that while the franchise system needed reform, there was still a role for private operators. An update on the review is expected this Autumn.

The state of the rail business may call into question the sustainability of the generous dividend, but Ms Brian said these payments can be supported by other businesses, such as bus and international. The bus business saw operating profit increase 5 per cent to £96m, driven by London and international and Go-Ahead is aiming for the international business to make up between 15 per cent and 20 per cent of profits by 2022.

Ms Brian said growth from the group’s operations in Singapore, Ireland, Germany, and Norway leave it well-placed to meet its international targets. The prospect of future UK rail franchise wins will be clearer following the outcome of the Williams review. We remain neutral until then. Hold.