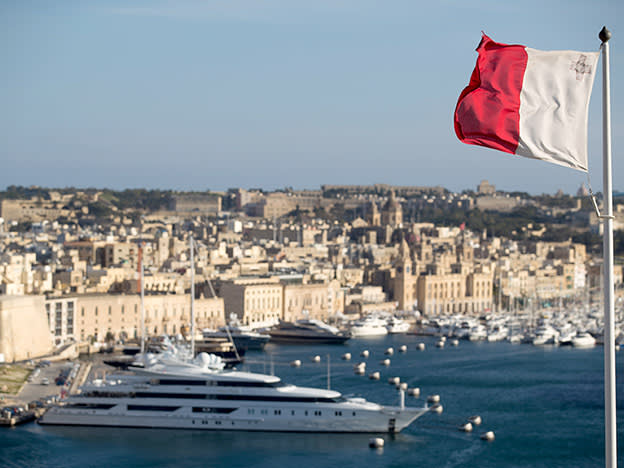 Gambling and Brexit: the move to Malta

The UK has yet to agree on an exit deal with the European Union (EU), and this is proving to be a headache for UK-listed companies across all sectors, due to uncertainty regarding operations, logistics and whether their supply of EU workers could dramatically shrink. The gambling industry is no exception. For bookies, Brexit poses a significant challenge.

Gambling and the Rock

Various UK-listed gambling companies have had operations in Gibraltar – the British overseas territory located on the southern coast of Spain. For Gibraltar, Brexit was not, ostensibly, the desired outcome of 2016's referendum – 96 per cent of its citizens voted to remain in the EU. That's perhaps unsurprising, given that it has been estimated that more than 15,000 individuals live in Spain and work in Gibraltar, making up around half of Gibraltar’s labour market. Many businesses choose to be based there for tax reasons. The standard corporate income tax rate in Gibraltar is 10 per cent, with a higher rate of 20 per cent for some utility and energy providers and companies that abuse a dominant position. This compares with a general corporate income tax rate of 25 per cent in Spain.

A 'no deal' Brexit scenario presents a number of issues for many Gibraltar-based businesses. In addition to licensing arrangements, the movement of workers and goods between Gibraltar and Spain will face long delays. The Gibraltar government says that a reasonable worst-case scenario would be a hard border operated by Spain in a manner that would make daily movement of persons and goods “abnormally disruptive”. The government estimates delays on pedestrian and private vehicles of two hours or more, and delays of over six hours for commercial vehicles.

Preparation is under way for Brexit at UK-listed gambling companies with both domestic operations and those in Europe. The timeliness of these preparations will ultimately depend on whether the UK leaves the EU with or without a withdrawal agreement. If an agreement is reached, then the UK would be granted a transition period, during which time there would be no practical changes to the way businesses established in Gibraltar trade with the EU, or the rights and protections afforded to the people of Gibraltar and EU citizens. The status quo would remain until the end of this transition period, which could potentially last until the end of the 2022 calendar year, depending on the agreements reached.

For gambling companies, those providing gambling services to customers in the EU must be established and licensed in an EU member state. The UK currently counts towards that quota, but will not following Brexit. Under the regulations of some EU countries, the servers hosting online gambling platforms need to be located in an EU member state. Some companies took precautions earlier than others. One city analyst noted a “surge” for Malta as UK gambling companies rebase their international operations.

GVC (GVC) chief executive Kenneth Alexander has said that in order to satisfy these requirements, the group has implemented or prepared detailed plans that involve operating those parts of GVC’s business which have customers in the EU under Malta online gambling licences, and locating servers hosting the group’s online gambling platform in the Republic of Ireland. The group has also made practical contingency arrangements to help employees who live in Spain but work in Gibraltar should there be a significant increase in delays crossing Gibraltar’s border with Spain after Brexit.

Digital gaming company 888 (888) has said that if it were to remain registered, licensed and operating in Gibraltar, and the status of Gibraltar following Brexit remains unclear, then its ability to rely on EU freedom of services and establishment principles in supplying its services within the EU would be limited. The company added that it may become ineligible to continue to hold regulatory licences in certain EU jurisdictions. Brexit may also adversely impact economic and market conditions in the UK, and could therefore lead to a slowdown of UK business for the company. 888 stated that while it is “not able to control political changes of this nature”, it has obtained a gaming licence in Malta and established a server farm in Ireland so that it can continue to serve European markets with no disruption to its business. The company also stated that it has a diversified customer base, so that its dependency on the UK market can be mitigated.

The move to Malta is being seen across the industry. William Hill (WMH) relocated its international operation to Malta following its acquisition of Mr Green, given the uncertainty regarding Gibraltar and the UK after Brexit. A spokesperson for the bookie said it’s expected that Malta has benefited from the Brexit process to some degree as other operators also make similar moves. William Hill will retain its UK digital operations in Gibraltar, and so – other than potential travel issues across the border – it expected to be unaffected by Brexit.

Flutter Entertainment (FLTR), formerly Paddy Power Betfair, no longer has a licence in Gibraltar, having shifted its operations to Malta instead in 2017. The Irish and UK governments have confirmed that British and Irish citizens will continue to have the right to move freely and reside in either country, under the Common Travel Area (CTA) rules as understood by both governments. This should remove complication for those working in either London or Dublin, although there could be issues for those working at Flutter's centres in Portugal and Romania in the event of a no-deal, as they may need to secure visas and other approvals to travel to and work in the UK if so desired.

One of the benefits of belonging to the EU is the ability to share information with the relevant authorities of member nations, allowing for consistency in regulation. How this will work once the UK is no longer a member of the EU remains unclear. Although the UK’s own data protection standards would remain the same, with the general data protection regulation (GDPR) now part of domestic law, there would be changes to how personal data is transfered from the EU and European Economic Area (EEA) to the UK. According to the UK government, if there is no agreed Brexit deal, the UK would still be able to send information to the EU as before, but UK businesses would have to take the proper steps to continue to receive personal data from the EU.

In terms of gambling regulation, the Malta Gaming Authority (MGA) regularly exchanges information with fellow regulators both in the EU and internationally. Most gaming regulators across the EU and the EEA have signed the Administrative Cooperation Agreement for the sharing of information. The MGA also maintains a bilateral memoranda of understanding (MoU) with a number of international regulators, including Sweden, Denmark and the Canadian province of Ontario. The MGA said that information exchange usually concerns either information relating to other regulatory frameworks, in order to determine standards or best practices, or specific information about an operator or a person from a licensed or home jurisdiction.

Information-sharing appears to be critical between the Maltese and UK gambling regulators. According to the MGA’s 2018 annual report, the Maltese authority received 41 requests, with one of the two most common requesting authorities being the UK Gambling Commission. The MGA also sent out 21 requests to foreign regulators, most commonly to the UK. At present, flow of information is unhindered, as the UK is still a part of the EU framework. Michele Magro, chief counsel of international affairs and policy at the MGA, said both the MGA and the UK Gambling Commission are signatories of a multilateral MoU in force since 2014, and Maltese law allows for the exchange of information with other regulators even in the absence of an MoU, provided that the legal criteria for sharing information are met. “We do not envisage that Brexit will impact the manner in which the Maltese and UK regulators cooperate,” Mr Magro said, adding that Malta has seen a select number of companies move parts of their gambling business to the country to ensure business continuity within the EU post-Brexit.

The impact of Brexit on the gambling industry has been largely unaddressed in reports of negotiations. Indeed, the industry does not appear to be a high priority for the EU at present. According to the MGA, the European Commission took the decision to “de-prioritise” the gambling sector in December 2017, resulting in the number of expert group meetings regarding gambling services hosted by the Commission halving from four to two for 2018, and ceasing thereafter. This means that the initiative meant to establish cooperation between member states’ gambling regulators, and assist the European Commission in the preparation of legislative proposals and policy initiatives, came to an end after six years in operation.

Former William Hill chief executive Philip Bowcock positioned the company strongly to be minimally affected by the challenges that Brexit could present, among other regulatory issues in the UK. In September he was replaced by Ulrik Bengtsson, who had been chief digital officer since he joined the company in April 2018. This implies a focus on digital operations in future, which is sensible considering that the company plans to close up to 700 UK retail shops by the end of this year. The latter division has suffered from the maximum stakes cut on fixed-odds betting terminals from £100 to £2. At 196p, we remain buyers.

888 has positioned itself for Brexit with a gaming licence in Malta, but it has not been immune to regulatory issues. An increase in gaming duties during the first half of its current financial year contributed to the more than halving of operating profit. An unfavourable sterling/US dollar exchange rate caused further problems. The former will normalise in the coming years, while the latter will naturally remain unpredictable. At 165p, we retain a hold recommendation.

The gambling sector has been busy over the past few years working to mitigate the adverse effects of Brexit on their businesses. It seems that most have overcome the licensing issues by moving some operations to Malta. Still, it remains to be seen whether, and how, poor consumer sentiment in the UK could weigh on domestic operations, if the British economy weakens following its split from the EU. Those businesses that still have operations in Gibraltar could also face a difficult commute when crossing the Spanish border. As ever, sterling deprecation could also affect trading. For now, the real beneficiary of the gambling/Brexit dilemma appears to be Malta.