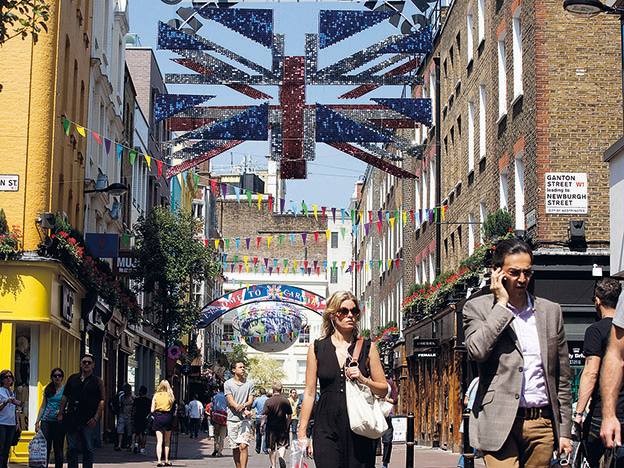 A sharp devaluation in retail properties at Shaftesbury’s (SHB) Longmartin joint venture in Covent Garden weighed heavily on pre-tax profits in the commercial property group's end-September financial year. As a result, the joint venture's equivalent yield increased by 25 basis points to 3.89 per cent, while a valuation decline in larger shops caused a six basis point drop in the wholly owned portfolio to 3.47 per cent.

However, net rental income across the portfolio rose by 2.4 per cent on a like-for-like basis, as new lettings and renewals were completed at an average 3.2 per cent ahead of estimated rental values at September 2018. However, that was down from a rate of 5.1 per cent in 2018.

A precarious retail environment did not hold back development and refurbishment activity, which encompassed  241,600 square foot of space. Once completed, schemes already under way could add £15.5m in annual rental income.

Shaftesbury benefits from the differentiated positioning of its properties in London’s West End, but the decline in the rate of rental uplifts shows that it is still affected by the broader challenges facing the retail sector. The more defensive nature of the portfolio – compared with peers such as Hammerson (HMSO) and Intu (INTU) – is reflected in the shares’ slimmer discount to forecast NAV at just 7 per cent. Hold.