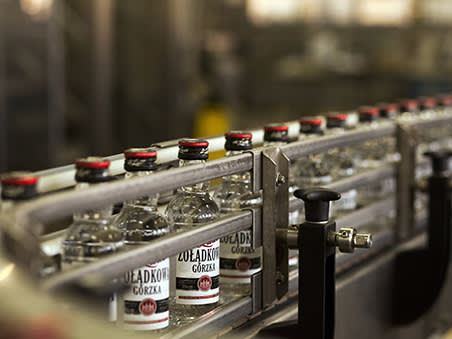 Western Gate raised concerns about the group's corporate governance, after management was dismissive of proposals for a special dividend

Stock Spirits’ (STCK) second-largest shareholder has raised concerns about its corporate governance, after bosses at the alcoholic spirits group snubbed proposals for a special dividend.

The announcement from Western Gate Private investments, which in 2016 led former Stock Spirits chief executive Chris Heath to step down, sets the stage for a showdown with management at the annual meeting early next month.

The activist investor, which owns a tenth of the group’s issued share capital, proposed a resolution for the group’s upcoming annual meeting that would see it pay out €0.1219 (£0.1037) per share in March. However, in its subsequent annual meeting notice, Stock Spirits recommended that shareholders vote against the resolution – adding that the group’s articles of association preclude a dividend declared by shareholders from exceeding the amount recommended by the directors. Therefore, the group said, “even if the resolution is passed, it would have no legal effect”.

Western Gate said the response represented a “major issue” for shareholders, who it described as being “stuck” in a company that is not growing or returning cash to shareholders. The investor’s frustration is easy to understand; the share price is at roughly the same level as in January 2015, although recent performance has been promising, with the group beating its two-year “premiumisation” target. Western Gate noted that Stock Spirits has lagged behind peers such as Pernod Ricard and Brown Forman Corporation in terms of total shareholder returns but surpassed them in total director remuneration growth from 2015-2019.

Management argued that the timing was not right for a special dividend, saying it would restrict its ability to carry out its acquisition strategy. In recent years, the group has been growing through consolidation of spirits companies, buying up groups with strong local brands it can move upmarket. However, it added “if such opportunities are not realised then we will of course consider making additional shareholder distributions”.

Western Gate said it would speak to other major shareholders ahead of the annual meeting. BlackRock, which holds 9.4 per cent of the issued capital, declined to comment on the resolution.

We would rather see Stock Spirits return to growth than begin paying out special dividends, but Western Gate’s frustration about low levels of shareholder return are understandable and management’s dismissive response to the resolution is unhelpful. Western has proven itself an effective activist, but we hope that this disagreement is resolved with minimal disruption. Buy at 213p.