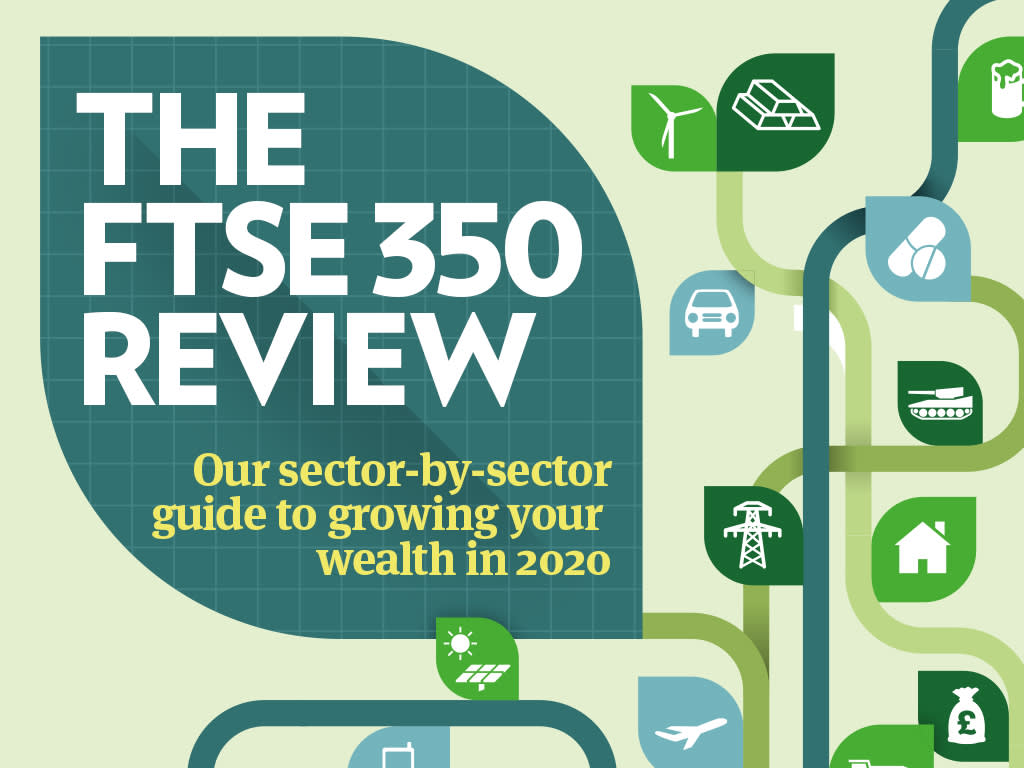 This time last year, a good number of investors were bracing for a recession. 2018’s political uncertainty had weighed on UK companies and the FTSE 350 had finished the year down some 13 per cent. 2019 did turn out to be a mixed bag: a US-China trade war, a slowdown in Europe, and in the UK companies twice weathered the prospect of a no-deal Brexit as well as a general election in December. But we saw some remarkably resilient performances from a few companies: Games Workshop (GAW), JD Sports (JD) and Future (FUTR) were among a handful whose share price climbed by a three-digit percentage year on year. But our sectoral review of the index reveals some wider challenges for UK equities that are likely to continue into 2020.

It seems as though the world sat up and paid attention in 2019, as teenage activist Greta Thunberg led a wave of renewed environmentalism. While the climate heats up, sustainability pressures weigh on industries across the index. Car sales are falling, people are ridden with flight guilt and fast fashion is getting kicked out. Retailers too are particularly exposed to the rise in e-commerce, as advances in technology upend traditional business models. It is hardly surprising that technology in itself outperformed all sectors over the past decade, with a compound annual growth rate (CAGR) of 18.2 per cent, according to Refinitiv.

The 2010s let the tech giants run wild and regulation has struggled to keep up. The UK and US are now set on a collision course over digital tax, over claims that it discriminates against American companies such as Google and Amazon. Political uncertainty, both domestic and international, continues to create an uncertain environment for our FTSE 350. Earlier this month Boris Johnson conceded that there is still a chance that he will not secure a trade deal with the European Union before his self-imposed Brexit deadline in December 2020.

Despite these challenges, there certainly remains a case for UK companies. We progress into 2020 with a majority Conservative government. The withdrawal bill that will see the UK leave the European Union on 31 January has gained royal assent. A great deal of pent-up activity may now be unlocked, given the number of companies that have taken a ‘wait and see’ approach. The potential political clarity of 2020 could produce a bounce-back for UK equities and the domestically-focused small- to mid-caps in the FTSE 350 stand to be the beneficiaries of such a recovery.

Our US cousins certainly did very well in 2019, gaining a number of record highs on both the S&P 500 and the Dow Jones Industrial Average, primarily on swings in the trade war. Indeed US equities in the S&P 500 led global markets with a 13.6 per cent annualised return over the past decade, according to Refinitiv. But for some time now the US market has been dominated by monopoly-type stocks such as Facebook, Alphabet and Apple. These companies are exposed to increased political risks, potential digital tax and possibly, as regulation pressure picks up, break-ups. With a US presidential election looming in November 2020, the FTSE 350 offers some worthwhile shelter from these risks.

For our entire FTSE350 sector review click on each headline below:

Sifting sectors to beat the market

Tough times ahead for general retailers, but there will be winners

The web is closing in on gamblers

Industrial transport looking for a boost

No time to buy autos

Clearer path ahead for utilities