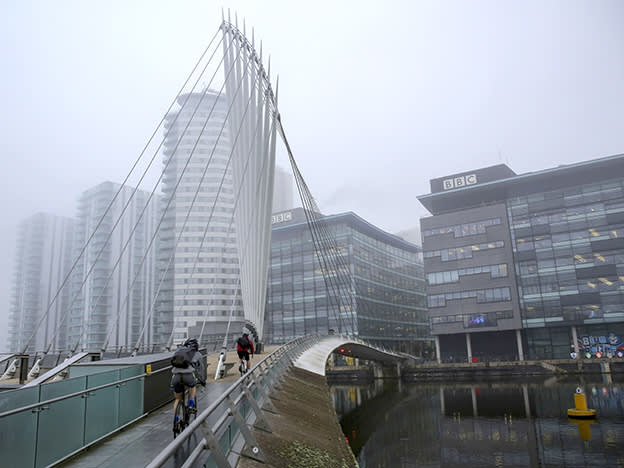 With increased investment expected in the North, is now the time to buy in?

The phrase 'The Northern Powerhouse' has seen off three chancellors and two prime ministers, but still doubts remain about the sincerity of the government’s intention to redress the imbalances between London and the north of England. Initiatives have had mixed success, but with the Conservative Party’s victory in the north at the last election and increased investment promises within chancellor Rishi Sunak's first budget, is now the time to invest in the region?

The Northern Powerhouse Strategy was published by the government following the Autumn Statement in 2016, outlining the work that Westminster planned to do to redress the productivity gap between the north of England and London and the south-east. The strategy covers the 11 Northern Local Enterprise Partnerships across the north of England and Wales, and outlines how the government will invest to improve transport infrastructure, raise education and skills levels, foster entrepreneurship and create opportunities for trade and investment.

However, even though the government claimed some progress – such as 429,000 more people in work in August 2016 than in 2010 and the creation of the Northern Powerhouse Investment Fund (albeit with the support of the European Regional Development Fund) – the project clearly still has some distance left to go. Office for National Statistics (ONS) data from 2017 showed London and the south-east were the only areas of the UK with above-average productivity, while the north-east, north-west, Yorkshire and the Humber, and the East and West Midlands all had productivity levels between 7 and 15 per cent below the average. Indeed, in late 2018 Joe Anderson, the mayor of Liverpool, quit the Northern Powerhouse Partnership, saying it was “set up by a government which isn’t prepared to listen”.

It’s fairly normal for a country’s economy to rely heavily on its capital city. Research from the German Economic Institute in 2017 showed most major European cities would see their per capita gross domestic product (GDP) suffer without their capitals. What’s more, it suggested other countries were more reliant on their capitals than the UK, and estimated it would see an 11.1 per cent hit if London were removed. France, meanwhile, would suffer a 15 per cent drop without Paris and Greece would fall 19.8 per cent without Athens. Only Germany would benefit economically without its capital, seeing an apparent 0.2 per cent boost without Berlin.

However, in light of the Conservatives' historic gains at the last election, in which it broke the “red wall” and won seats in a slew of previously staunchly Labour-supporting areas, it has suddenly become politically expedient for government policy to increase its focus on the north. In February, prime minister Boris Johnson confirmed that High Speed 2 (HS2), the controversial and expensive rail line running from London to Birmingham, then on to Manchester and Leeds, would go ahead. This week's Budget reiterated a commitment to rail investment in the north.

Improved productivity and opportunity in the UK regions is in everyone’s interest, but it may be particularly appealing for investors who are able to buy into sectors likely to benefit from any potential boom. But where are the opportunities?

A spin on the north

Unearthing the opportunities that come with an increased stimulus in the north requires research and creativity, as it is rare for companies to break down their geographic footprint and operations in granular enough detail. As Clyde Lewis, deputy head of research at Peel Hunt, said: “If there was an easy answer that you could buy North PLC, I’m sure we would have all done it.”

However, he added that investing in property and infrastructure companies are both good places to start.

Infrastructure investment is an obvious starting point, as improved connectivity increases the opportunities to live and work in different areas. With that comes the potential for increased property demand, as people move to new areas to take advantage of prices or quality of life. For the more cynical reader, Mr Lewis also pointed out that there is a fairly strong correlation between being a homeowner and voting for the Conservatives.

Engineering groups Balfour Beatty (BBY), Costain (COST), Kier (KIE) and Van Elle (VANL) all saw their share prices move upwards after the government confirmed HS2 would go ahead in early February. This is hardly surprising, given the sector’s reliance on big projects such as these. Balfour Beatty’s management said in its half-year results announcement in August that a green light for both the project and for Heathrow’s third runway – since ruled unlawful by the Court of Appeal – would “significantly improve the outlook”.

Investors looking at buying into the infrastructure side should note the sector has faced some difficult times in recent years, with Kier in the midst of a turnaround plan, the outcome of which is far from certain, and Balfour Beatty struggling to find its feet in the wake of the collapse of Carillion in 2018. Meanwhile, the government is also not always the ideal client, as Costain has learned in its dispute with the Welsh government over the Heads of the Valleys A456 project.

“Boris has certainly spotted that he’s got a voter set now that is somewhat different to previous tory ones,” he said.

The prime minister’s commitment to expanding infrastructure in the north has already been seen by his confirmation that the HS2 rail link will go ahead, connecting London first to Birmingham, then on to Wigan, Manchester and Leeds. However, the initial phase of the project – which only extends as far as Birmingham – is not expected to be completed until 2021-31, with the second phases reaching Wigan, Manchester and Leeds not due for completion until 2035-40.

What’s more, the demand from HS2 is expected to lead to a shortage of geotechnical engineering expertise over the next two years, according to Mark Cutler, chief executive of engineering contractor Van Elle.

This is a cause of some consternation among companies that are based or that operate heavily in the north, with some saying they would have preferred to see east-west connectivity such as a Manchester-Leeds rail link prioritised ahead of the north-south projects. However, some noted other projects such as increasing housing provision could be completed much more quickly in the meantime.

“Housing is hugely important,” said James Thomson, chief executive at MJ Gleeson (GLE). “It is one form of infrastructure, but actually it’s something that can be delivered quicker, faster than some of the really major infrastructure investment that this country and the north of England needs.”

However, he added that investment in local infrastructure such as road, rail or improved public transport provision was needed to help “unlock” housing schemes.

Neil Sinclair, chief executive of Palace Capital, said the group prioritised properties within a short distance of infrastructure such as train stations: “We always felt… if we were to develop some of our properties, they would have to be located within five to six minutes walk of a station. Once you get a bit more than that it starts to get a little difficult.”

Investors looking to benefit from the potential for rising property prices in the north can access it in a range of ways. Companies such as Regional REIT (RGL) and Palace Capital (PCA) both invest in property in the UK’s regions, predominantly offices in smaller cities. The latter has increased its exposure to property in the Northern Powerhouse region in recent years “in anticipation of the HS2 and other national infrastructure projects reaching completion and supporting future growth”.

Another way is by investing in the groups that build houses in the region. The larger part of MJ Gleeson’s (GLE) business is its Gleeson Homes division, which focuses on housing development and regeneration in the Midlands and north of England. Harworth (HWG) also focuses on regeneration, managing 120 sites across the north and Midlands.

When investing in a regional development push, property and infrastructure are good places to start. Over time, though, once developments become priced in to the shares, investors will need to think about the second-order effects of investment in the midlands and north.

This is a longer-term play at present. Indeed, Owen Michaelson, chief executive of Harworth (HWG), said the lack of defined routes and engineering progress meant the areas north of Birmingham had yet to reap the rewards of the increased investment and connectivity HS2 would bring. However, Mr Lewis noted that, as infrastructure improved and the population increased, consumer-facing industries such as shops, pubs and restaurants would begin to feel the benefit.

While any consumer-facing company worth its salt would monitor population growth when planning where to open stores, he added that some companies have traditionally had a stronger base in the north – such as Morrisons (MRW), Marston's (MARS) and Greggs (GRG).

“Sometimes it’s quite hard if there’s already existing players there,” he said. “Do you want to add more capacity? Whilst the pie has increased there still might not be enough for somebody to come in and add a new supermarket in a town. That can just damage the returns for everybody.”

Longer-term, Mr Michaelson said the strong research credentials of the midlands and north put both regions in a good position to deepen ties to industry as world-leading engineering hubs.

“You are seeing clusters of universities in the north developing, in fact, world-class skills, which is then attracting industry around it,” he said. He added that the region’s advanced manufacturing pedigree was evidenced by some of the giants of the sector who have their headquarters there – Boeing (BOE), Rolls-Royce (RR) and Bodycote (BOY), among others.

Developing such industries may help the north address its ongoing issue with ‘brain drain’, which sees highly qualified young people leaving the region to take up jobs elsewhere. Research from consultancy WPI Economics estimates the Northern Powerhouse workforce has lost 75,500 highly qualified, British resident individuals over the past decade, but points to the capital’s high property prices as a contributing factor to a possible turnaround, pushing young professionals to settle elsewhere.

Ultimately, the success of the Northern Powerhouse will rely on supportive government policies if it is to be realised.  Mr Sinclair said, however, that it should not end there.

“Yes, the midlands and the north need investment, but so do areas of the south-west,” he said. “And I hope they’re not forgotten.”