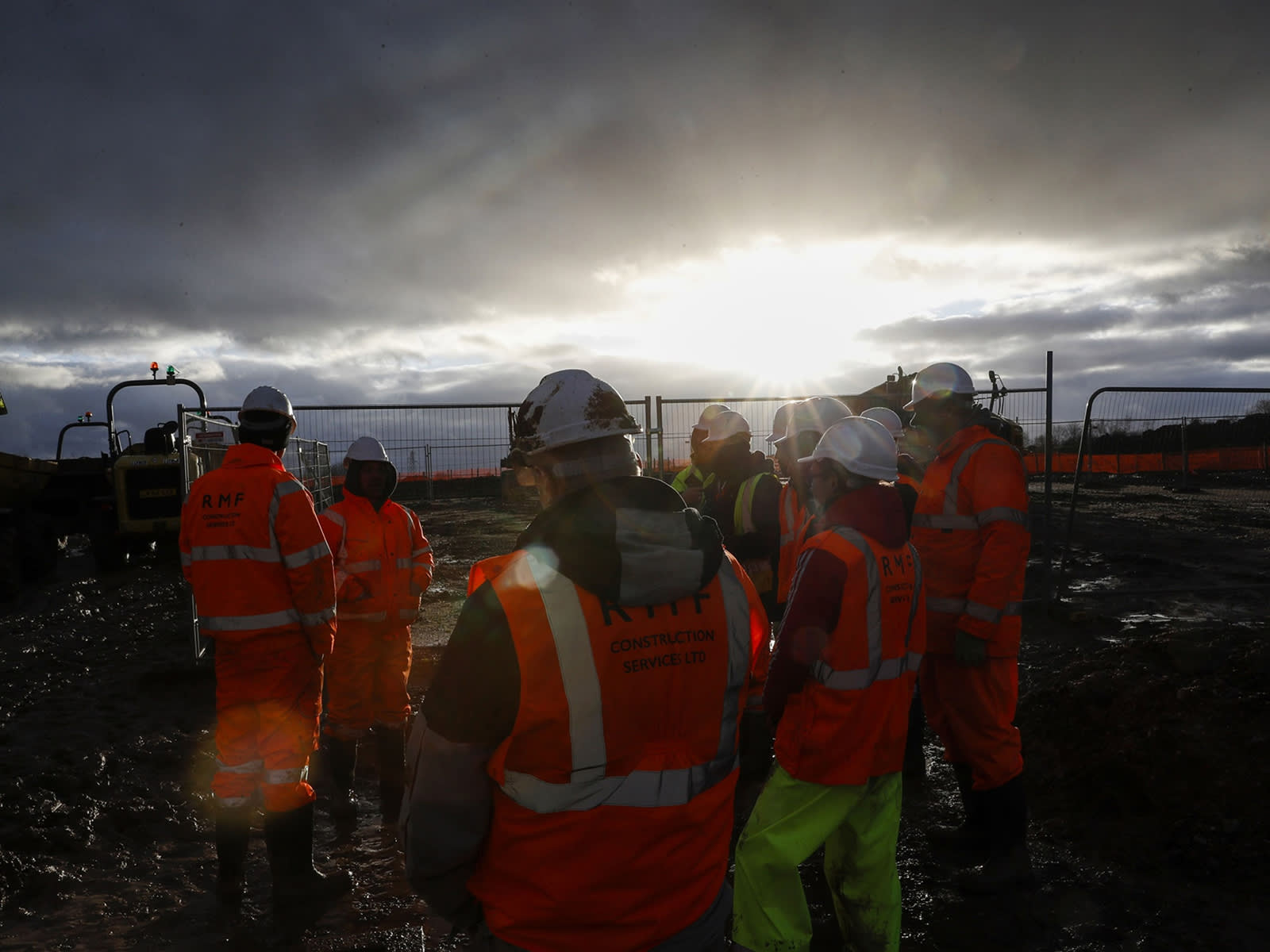 Like most aspects of life across the country, the UK housing market has entered a stasis. The UK government has put the entire property market on hold, encouraging buyers and sellers to delay transactions. In part, the move was prompted by practical concerns – including the dangers that viewings, removals and face-to-face interactions could negate efforts to halt the spread of the coronavirus.

“There is no need to pull out of transactions,” states the Ministry of Housing’s new guidance, “but we all need to ensure we are following guidance to stay at home and away from others at all times, including the specific measures for those who are presenting symptoms, self-isolating or shielding.”

Online property portal Zoopla reported a 40 per cent decline in demand from buyers over the seven days to 22 March and forecast a 60 per cent fall in sales over the next three months.

That followed reports from independent mortgage consultancy Mortgage Advice Bureau (MAB1) that it had seen a “noticeable slowdown in recent weeks” and a sudden decline in new appointments in the purchase market after 22 March, following government advice for the public to observe social distancing.

Alongside these measures, UK Finance – the trade association for mortgage providers – announced lenders would help customers who have exchanged contracts to extend their mortgage offer for up to three months, enabling them to move at a later date.

It is currently unclear where this leaves the re-mortgage and product transfer markets which makes up around two-thirds of the value of all UK mortgage transactions, according to Mortgage Advice Bureau estimates. Recent weeks have seen a sharp contraction in available mortgages, particularly for higher loan-to-value (LTV) products.

Initially, these were confined to tracker mortgages, following the Bank of England’s decision to cut interest rates to 0.1 per cent. However, lenders including Barclays (BARC) stopped accepting applications on products with an LTV above 60 per cent. Rival Nationwide has followed, removing all mortgage products with an LTV of more than 75 per cent.

The reduction in the amount banks and building societies are willing to lend against the current value of properties highlights the inherent uncertainty around valuing assets, but also that they are bracing themselves for a potential downturn in asset values.

Housebuilders – which have a relatively low degree of operational gearing due to a low fixed cost base – are incredibly sensitive to fluctuations in sales prices. A 1 per cent cut in prices wipes around 5.2 per cent of average profits, according to analysis by Peel Hunt. Based upon the brokerage’s margin forecasts for 2020 – which could well change as the economic consequences of the virus unfold – Scottish housebuilder Springfield (SPR) had the greatest sensitivity to a fall in house prices.

Housebuilders’ operating margins could be squeezed further if build cost inflation – which had begun to ease – returns due to a fall away in supplier production and shortage in materials.

Unsurprisingly, the UK’s listed housebuilders have rushed to conserve cash, which has meant suspending planned dividends and halting land buying. Among them are Taylor Wimpey (TW.) and Persimmon (PSN), formerly among the most generous dividend payers in the FTSE 350.

Forward sales – which had rebounded in the wake of the general election – will provide some mitigation from lost sales in the coming months, but those losses are set to come within the key spring/summer house selling season.

“As a valuer, you are reliant on having the best possible comparable transactions to benchmark your property against,”, he said. Those transactions that do complete over the next few months, which could include distressed sales, are also unlikely to be representative of the wider market, he added.

Does that call into question the representation of broader industry data over the coming months?

A spokesperson for Nationwide said that while its monthly house price index depends on activity in the housing market being maintained at some level, it had no plans to change how it issues that data. “We could continue producing the house price index based on a fraction of the levels of approvals recorded in recent quarters,” the spokesperson said. “Activity is expected to fall sharply in the weeks ahead and we will continue to monitor developments closely.”

Judging how long a downturn in transactional activity will endure is incredibly difficult but it will be an important determinant of how far sales prices will fall.

In China property transactions were at or around zero for the three weeks following movement restrictions and two months later have recovered to half of the four-year average, according to analysis by Savills.

The circumstances surrounding the looming downturn in the housing market are very different to those that accompanied the 2008 financial crisis, argued Mr Bowles.

“Because demand has slowed at the same pace as supply that generally means we expect the bounceback to be pretty quick,” he said.

The greater threat for the UK’s housebuilders is that the current paralysis within the market will be followed by a broader economic downturn and the weakening of consumer sentiment and increased unemployment that go along with that.

A sharper and more prolonged deterioration in transactions and pricing brings with it the risk that housebuilders are forced to write-down the value of their land banks.

The extent to which land is revalued downwards will depend on how far prices fall, said Peel Hunt deputy head of research Clyde Lewis. As a rule of thumb, a fall in sales prices of around 10 per cent would be the starting point for write-downs in the value of land, Mr Lewis said. “In theory they should write down enough [value] so they were making a small margin on the current sales price,” he said.

The shift towards undertaking a greater level of partnership work, which is less capital intensive for housebuilders, may also provide some buffer to sales. In January, Vistry (VTY) - formerly Bovis - acquired Galliford Try’s (GFRD) housebuilding and partnerships divisions, as part of plans to boost the proportion of affordable house sales. Similarly Countryside (CSP) has grown the proportion of affordable completions via its partnerships division, which accounted for more than three-quarters of the group total last year.

Continued government support for boosting the UK’s housing stock makes the affordable housing market better placed to withstand a downturn, said Mr Lewis, although that will also depend on the financial health of housing associations and other registered providers. “They have been given access to cheaper and better funding recently,” Mr Lewis said. However, their financial strength will also be reliant on tenants having the ability to continue paying rent, he added.

Economists at Oxford Economics are forecasting a 1.4 per cent contraction in UK gross domestic product this year, although given the question mark that hangs over how long the coronavirus epidemic will last and its eventual impact on companies, any modelling should be taken with a large pinch of salt. For investors in UK housebuilders, attention should focus for now on financial resilience - debt levels versus assets and the level of cash reserves. On that front, balance sheets across the sector are in a healthier position than they were prior to the 2008 financial crisis, with lower levels of gearing even after including land creditors. We would highlight recent buy tip Vistry, which has been reducing its landbank and streamlining its operations over the past two years, as a potentially resilient operator within the sector.