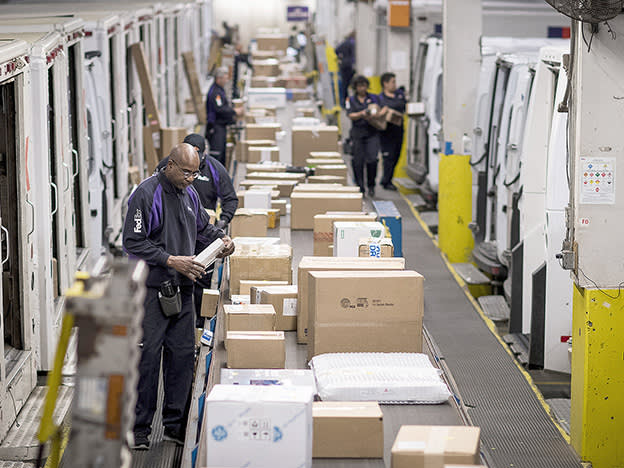 The packaging heavyweight has lost a quarter of its market value since February, but are underlying market trends moving its way?

Prospects for the packaging and paper segment should benefit from an increase in online retail sales during the lockdown. That needs to be set against the virtual shutdown of the high street, both here and abroad, which will stall demand for disposable instore packaging until normal commercial activity resumes.

For investors, it is reassuring that many products from the sector are routinely destined for less discretionary end markets, such as food and pharmaceuticals, and there has been a demonstrable shift in consumer habits towards delivery or food takeaway services. Meanwhile, supermarkets have struggled to re-stock produce as households tuck away storable foodstuffs, creating further demand for the packagers.

It remains to be seen whether the lockdown will accelerate the shift to online channels, although that seems highly likely. But even if it does not trigger a long-term change in consumer habits, conventional retailers may now look to reduce leasehold arrangements in favour of e-commerce.

Against this mixed backdrop, Smurfit Kappa (SKG) delivered sales volume growth in Europe and the Americas during the first three months of the year, although cash profits at €380m (£334m) were down by 10 per cent year on year. The underlying margin pulled back by a full percentage point, but both these metrics were set against strong comparators in the first quarter of 2019.

The packager joined several other FTSE 100 constituents by pulling its full-year dividend. The emphasis is on capital preservation, so capital expenditure has been trimmed from previous guidance of €615m, to be in the range of €500-€550m. It remains a cash-generative operation, boasting liquidity of over €1.5 billion, average debt maturities of over five years, and no bond maturity until 2024.

The group looks reasonably well set to see out current difficulties and there may even be M&A opportunities as its scale allows for optionality on that front. This might not have been lost on two directors in the group – Anne Anderson and Frits Beurskens – who picked up shares with an aggregate value just shy of £150,000 midway through the month. They would have also clocked that the share price is down by a quarter since the first week of February, but we are exiting the buyers’ circle until we are able to gauge whether the margin contraction is a temporary effect. Hold at 2,338p.