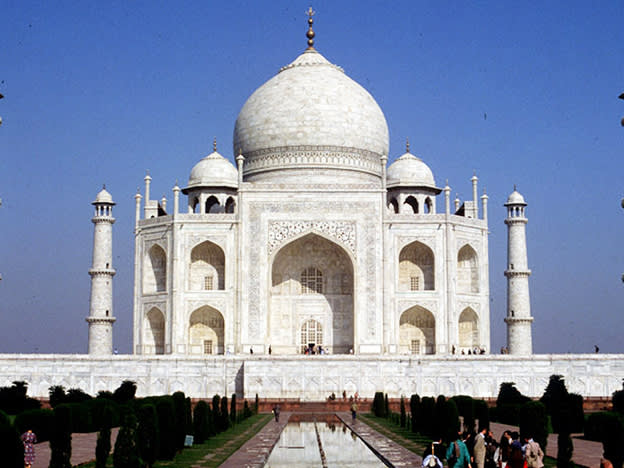 An investor favourite as recently as 2017, India is a prime example of how volatile individual markets can be. Wide-ranging economic reforms helped Indian equities race ahead in 2017, a year in which credit rating agency Moody’s famously upgraded the country’s government debt.

Progress has since stalled. The economy endured a gruelling slowdown in 2019. When the coronavirus struck this year, India enacted an abrupt lockdown, later unleashing significant fiscal and monetary stimulus. The economy is now easing its way out of lockdown, but could face further pain.

In a note from 15 June, Capital Economics calculated that India’s GDP may have fallen by some 15 per cent in the second quarter of 2020, warning the country was among those “easing lockdowns without any sign that coronavirus infections are being brought under control”.

India features less prominently in many Asia funds than it once might have, but the market does appear cheap following a sharp sell-off. As of 17 June the MSCI India index had fallen by nearly 16 per cent in sterling terms since the start of this year. By contrast, MSCI AC Asia ex Japan was down by less than 1 per cent.

The US/China trade war may provide an additional boost, while India’s economic reforms could yield further results. But much of this remains uncertain, meaning any heavy tilt to India should be carefully considered.

The broad Indian market could remain volatile for a good chunk of this year. Dhawal Mehta, head of Indian equities at emerging markets specialist Somerset Capital, warns: “The full impact of the lockdown on earnings will only come through over the next two quarters and there is still a fair bit of uncertainty on the ground despite the easing of the lockdown.”

Some sectors, such as banking, could prove vulnerable. Yes Bank (US:YESBANK), a major lender, was rescued earlier this year after it struggled with a mountain of non-performing loans. But certain industries have demonstrated resilience.

One standout area is pharmaceuticals. Ramesh Mantri, adviser to the Ashoka Indian Equity Investment Trust (AIE), has described the country as a “global powerhouse” for pharmaceuticals, and names such as generic drug manufacturer Cipla (US:CIPLA) have unsurprisingly performed well in 2020.

Other Covid-related trends also apply. IT companies and telecoms providers, such as Bharti Airtel (US:BHARTIARTL), are tipped to perform well as companies embrace remote working.

As noted, another hope stems from the resumption of a trade war between the US and China. Kristy Fong, manager of the Aberdeen New India Investment Trust (ANII), argues that longer-term gains partly depend on “how India best positions itself as tensions between the US and China escalate”. She adds that India hopes to become the preferred low-cost manufacturing base for multinational companies looking to minimise their risk of US sanctions against made-in-China products.

The idea of an Asian market benefiting from the trade war is not without precedent: Vietnam has done so before. But not all specialists are convinced of a trade war resurgence for India.

“We believe that it’s unlikely that India will benefit from the US/China trade war – not necessarily because it can’t but because nothing is being done about it from a policy-making and planning perspective,” says Mr Mehta. “India remains fairly insular in that 60 per cent of the economy is driven by domestic consumption and that is likely to remain the theme longer-term.”

He, and others, remain excited about the structural reforms initiated by the Modi administration, from shrinking the amount of money in circulation to tax changes. But allocations to India still come with many unknowns.