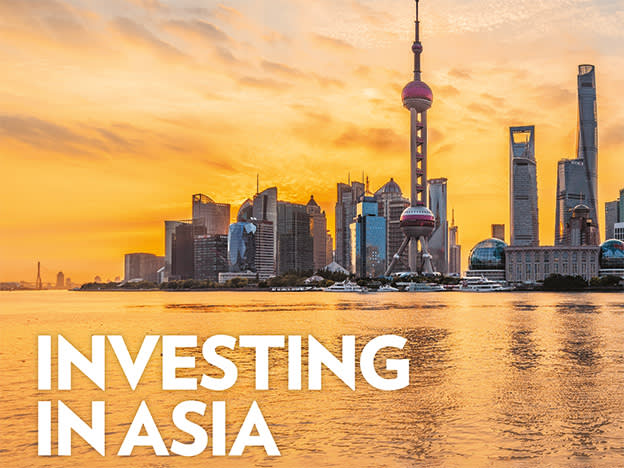 The domestic growth potential across the region remains strong

Coronavirus has ripped across the world leaving no country unscathed. The world economy is falling into recession, scarred by both a public health crisis and the dramatic action to limit its spread. While lockdowns are now being eased and economies are opening up in most regions, there is still a huge amount of uncertainty over the severity of subsequent outbreaks and what the longer-term economic damage will be.

But one thing is clear, Asian economies are emerging from the pandemic in relative strength. The Organisation for Economic Co-operation and Development has forecast the potential hit to gross domestic product (GDP) across a number of regions, shown in the table below. A ‘double hit scenario’ accounts for a second outbreak occurring in all economies towards the end of this year. A ‘single hit scenario’ assumes a second outbreak is avoided. The table shows that the economic impact looks less severe in China, Indonesia and Korea than elsewhere in the world.

While Asia looks reasonably well placed to weather the crisis, its vast population, rising wealth, and adoption of technology make it an attractive long-term investment prospect.

Historically, Asia has been a manufacturing powerhouse for the western world, but this is changing fast, particularly in China. From World Bank data, China’s exports of goods and services as a percentage of GDP has fallen from 36 per cent in 2006 to less than 20 per cent in 2018, as Chinese policymakers have focused on domestic consumption. Countries and companies that rely on exports to the west are vulnerable to geopolitical risks as Sino-US trade tensions rise and, post-pandemic, countries look to form more local supply chains.

Fortunately, the domestic growth potential across Asia is huge. By 2030, 66 per cent of the world’s middle classes will be living in Asia, according to Henderson Far East Income’s latest annual report. That’s a big increase from 28 per cent in 2009 and represents an increase of 2.7bn people. The growing middle classes provide long-term growth potential across a broad sweep of industries, such as consumer discretionary, healthcare, technology, housing and travel – assuming the coronavirus can be kept under control.

Ewan Markson-Brown, manager of Pacific Horizon Investment Trust, says the best opportunities in the region currently include e-commerce, online gaming and enterprise software. Across the world lockdowns have accelerated the trend online, but this has been particularly pronounced in Southeast Asian countries where online adoption was still nascent. Mr Markson-Brown says in Asean (Association of Southeast Asian Nations) countries e-commerce was only roughly 1 or 2 per cent of GDP coming into the crisis.

Sea, an internet company based in Singapore focused on Southeast Asia and Taiwan, for example, has seen its share price rise 150 per cent in the year to date. Interestingly, Mr Markson-Brown says that private competitors have fallen behind in terms of market share because listed companies have access to capital markets.

The fall in the oil price may also provide a boon for most Asian countries, notably India, as they are net importers of oil (except Malaysia). Lower oil prices relieve inflationary pressure and support consumer spending. Matthew Dobbs, manager of three Asian funds at Schroders, says low oil prices are generally “very beneficial for terms of trade and overall positioning”.

An important driver for longer-term growth is the opportunity to grow Asia’s productivity relative to more developed economies, says Matthew Cady, investment strategist at Brooks Macdonald. In terms of GDP per capita, China continues to lag behind many developed economies. GDP per capita in China was running at around a sixth of that in the US according to World Bank data in 2018, so should productivity grow as technology and the economy continue to advance, there is the potential for continued growth in GDP above the global average.

The rise in research and development spending and upskilling in Asia also supports this narrative for North Asian countries. Countries such as South Korea and China have been increasing spending as a proportion of GDP – where many countries in the west have been flat.

How Asia came through the coronavirus crisis

Asian countries have emerged in better shape than many others from the effects of the pandemic. This is partly because they were better prepared going into it. Previous experience of the severe acute respiratory syndrome (Sars) and Middle East respiratory syndrome (Mers) led a number of Asian countries to react much more effectively than the West, resulting in substantially lower death rates and less protracted lockdowns. Asia also benefits from a social acceptance of controls that many western countries find harder to tolerate.

Taiwan, for example, rather than close its economy quickly closed its borders and the government used contact tracing and mobile sim-tracking to identify targets and ensure those in quarantine were abiding by the rules. Similarly, South Korea and Hong Kong have been lauded for their aggressive approach to contact-tracing and testing, without grinding their economies to a halt. Even China, Asia’s worst-affected country, had economic activity normalising in most industries by May.

The finances of many Asian countries also looked more resilient than the west’s coming into the crisis. Excluding Japan, Asian governments have tended to have less debt than western ones, and the savings rates are higher. Asian companies also tend to have stronger balance sheets than western companies – perhaps because many have survived a number of crises, which has led them to be relatively conservative and prepared for disruption.

“Ultimately, when it comes down to it, Asian economies were in a fitter state going into the crisis so the debt burden will be less severe coming out of it,” says Mike Kerley, manager of Henderson Far East Income Trust. Real interest rates are higher in many Asian countries, which gives them more scope to provide monetary stimulus, and makes them more likely to attract capital, particularly in bond markets but also in equity markets.

While Australia is part of the Asia Pacific region, its economy looks more like the West. It is more mature and slower growing than other parts of Asia, with a substantial mining sector. Australia locked down early and avoided the death rates seen in Europe, but its economy will suffer due to a drop-off in tourism and immigration. However, the country’s fiscal debt is low and Mr Kerley expects the recession in Australia “won’t be nearly as deep as in Europe”.