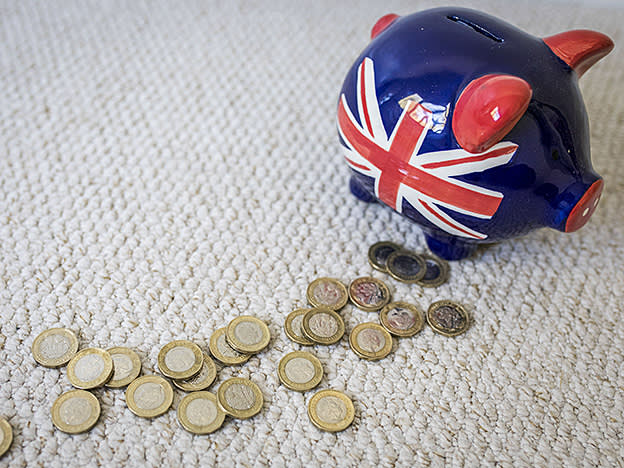 Just over a third of FTSE 100 companies have trimmed their dividends so far in 2020 and, by the end of the current financial year, a further 46 cuts are expected to have been made. The situation is even worse in the FTSE 250, where 41 per cent of companies have already cropped or cancelled their payouts, with a further 86 cuts forecast by the time the year is up.

For investors hanging onto the illusion that their precious income might bounce back as the coronavirus pandemic passes, Factset’s consensus dividend forecasts – compiled and analysed by the Investors Chronicle – do not offer much hope. Only half of the 285 largest companies in the UK (excluding Investment Trusts) are expected to be paying dividends greater than or equal to pre-coronavirus levels by the 2022/23 financial year.

Dividends are understandably important to UK investors. A lack of growth and difficulty in finding value means that income has often been the most viable strategy for British markets. Indeed, dividends have contributed a sizeable portion of the total returns of UK markets in the last decade. In that time, total dividend payments have climbed steadily year on year and peaked at £110bn in 2019.

But while payouts and yields have increased, the cash and earnings outlook for British companies has faltered, leaving the prospects for dividends on wafer thin ice even before the coronavirus pandemic struck. By the end of 2019, FTSE 100 dividends were only just covered by EPS, according to research by Janus Henderson, down from two times earnings cover as recently as in 2017.

It is therefore hardly surprising that so many companies have trimmed, slashed or abandoned their annual dividends as the coronavirus and subsequent lockdown has put immense pressure on cash flows. Hiding a dividend cut in the shadow of a pandemic isn’t a bad strategy – companies whose dividend cuts would have seemed catastrophic for the investment case this time last year have barely seen their share price dented by managements’ decision to cut in 2020.

But that doesn’t mean investors should expect a return to previous levels of income any time soon. Indeed, only 39 FTSE 100 companies’ forecast dividends are covered at least two times by EPS and even fewer are reasonably covered by free cash flow. In the FTSE 250, only 48 companies’ forecast dividends are covered by EPS by at least two times. Henderson’s research expects UK dividends to be the least well covered of any region in the world in 2020, despite the excessive cuts.

That has pressing implications for the big income paying companies – dominated by the banks, commodities, property and telecoms sectors – which investors have previously held for their generous dividends. With the outlook for that income now severely weakened, the years of prioritising dividends over reinvesting in growth are likely to come back to bite these companies.

The Investors Chronicle has gathered consensus forecasts from Factset and analysed it to determine the outlook for UK investor income. Click on the link to download the spreadsheet which highlights the FTSE 350 companies to have already cut their dividends and those that have further cuts forecast.

Former income kings HSBC (HSBA) and Lloyds Banking (LLOY) have previously justified their lofty ratings with generous dividends. But with income prospects severely curtailed, the justification for including either bank in a portfolio has diminished. Investors should brace for pitiful returns on equity from lenders across the board, which puts a dampener on their ability to return cash to shareholders. Consensus forecasts put HSBC’s return on equity at just 3.2 per cent in 2020, down from 8.8 per cent last year, while the outlook for Lloyds is even more stark at 2.3 per cent, a deterioration from 13 per cent in 2019.

What’s more, lenders are anticipating a sharp rise in bad debts as unemployment climbs and house prices fall in the wake of the pandemic. Even if appetite for mortgages and other credit lines is maintained, as it was after the 2008 financial crisis, the damage sustained by banks’ balance sheets could well curtail their ability to continue growing their loan book profitably. And even putting impairments aside, making a decent return is going to be harder for lenders following the reduction in interest rates to historically low levels by central banks globally. While lenders will experience some benefit in the cheaper cost of funding, net interest margins will be squeezed even further, which will constrain profitability. EP

BT (BT.A) and Vodafone (VOD) epitomise the problems of over-exuberant dividend payments. Despite huge increases in capital expenditure in the last few years, neither company has invested nearly enough money in carving out a strong position in the global telecoms industry. From a growth and operations perspective, their respective dividend cuts are long overdue.

Redirecting dividend savings into network investments would certainly support a longer-term investment case, but the presence of Huawei in British telecoms infrastructure looms – under new government ruling, the mobile providers must remove all of the Chinese firm’s 5G equipment from their networks by 2027.

The costs of stripping out the kit could be substantial. BT had already earmarked £500m of extra spending when the government put a limit on the extent of Huawei involvement in the network. Complete removal of the equipment – which may eventually impact the 3G and 4G networks as well – could compound the company’s typically heavy capital expenditure, which came close to £4bn last year. Vodafone has not put out an estimated cost since the new rules were announced, although the group said in February that removing Huawei from sensitive parts of its EU networks within five years could cost around €200m (£181m).

With or without Huawei, both companies are likely to struggle to meet their future income commitments to shareholders. Vodafone’s 2021 dividend is not expected to be covered by earnings, while the costs of a mobile and broadband network investment and the pension scheme are likely to leave BT with very measly profits for some time. Now, with an expensive strip-out project ahead, we would steer clear of UK telecoms. LA

Commodities: no return to the glory days

Dividend colossuses BP (BP.) and Royal Dutch Shell (RDSB) have enjoyed years as the FTSE’s top income payers. But maintaining that position was always going to be tough when the value of the industry’s principal sales product dropped by half. The oil price crash saw BP swing to a $4.5bn (£3.6bn) pre-tax loss in the March quarter, compared with a $4.8bn profit the year before.

Still, the company has made a valiant effort to satisfy the many investors who hold commodities purely for the regular income. The new management team has maintained the higher payout announced in February on former chief executive Bob Dudley’s last day, despite it being based on expected higher earnings in 2020.

The difficulty of the choices faced by the supermajors is clear: cut the dividend and risk losing investor support, or maintain it and struggle to turn a profit in a hugely volatile environment. And there is now a direct comparison between the two industry giants – BT is desperately attempting to maintain its dividend and ride out the storm, while Shell has made big changes to its policy. There is an argument that the latter strategy could make the capital-intensive transition to more general energy companies easier.

But the question for shareholders is whether the ‘transitioned’ companies will be worth holding. There is little chance that BP or Shell will be able to match the total returns of the last decade if they become more general energy companies with major liabilities on the books from the legacy oil and gas assets. AH

Those holding shares in UK-listed housebuilders have not only been forced to reset their dividend expectations following the pandemic, but will also have to temper the total returns they anticipate to make altogether in the near term. We already know that completion volumes will be down on 2019 due to the impact of site closures during lockdown, but the returns generated by the sector are also likely to be hindered by weaker average house sales prices this year. Early reports are that land has become cheaper, but a sizeable fall in house prices could also result in housebuilders having to write-down the value of their land banks. On the plus-side, their balance sheets are in better shape than they were after the 2008 financial crisis, making the return to – albeit reduced – dividends forecast by analysts by next year seem relatively reliable.

For the UK’s real estate investment trusts (Reits), the picture is more mixed. Shares in healthcare and social housing Reits, such as medical centre landlord Assura (AGR) and Civitas (CSH), have regained any losses sustained at the end of March on the back of undisturbed rent collection rates. But for some other commercial landlords, particularly within the retail sector, it is difficult to identify the impetus for the shares to re-rate. In the most severe cases, the focus has shifted to maintaining cash reserves rather than investing in expanding portfolios or growing dividend payments as rental collection rates and asset valuations fall. EP