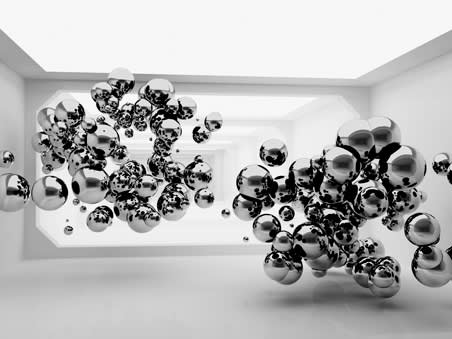 The real bubble in US growth stocks

Leaving the US economy gasping in their dust between April and June 2020 may turn out to be a pyrrhic victory for Nasdaq’s tech titans. As America’s gross domestic product (GDP) shrank by a record 33 per cent in the quarter, bumper earnings reported by the largest digital trailblazers emphasise the corporate inequality bothering antitrust legislators.

Countless articles have opined on the sustainability of tech’s profit boom and whether market valuations can be justified. But the question that shouldn’t be forgotten is: with such a concentration of earnings in a few huge companies (in aggregate the six most celebrated names grew EPS quarter on quarter by almost as much as US GDP fell), what does this say about the expensiveness of other US stocks?

Research conducted by Verdad, a global asset management company headquartered in Boston, Massachusetts, flags the worrying proportion of stocks that are priced on longer multiples of sales and earnings than tech’s leading companies.

Out of 3,000 US stocks with a market capitalisation above $100m, Verdad identified a “Bubble 500” group of companies, which transverses 7 per cent of the S&P 500 and a quarter of the Russell 2000 index of mid to small-cap companies.

Verdad’s analysis was prior to second quarter updates being published by many companies and despite GDP contracting, US corporate earnings have on the whole surprised to the upside. Investment bank UBS notes that earnings are only down by around 35 per cent compared with the 40 per cent quarter-on-quarter fall they had predicted, with four-fifths of companies surpassing expectations and a median earnings beat of 16 per cent.

That's good news for the economy going forward, but although 70 per cent of companies have beaten sales estimates, the median positive surprise of 2.8 per cent was against the dampest of forecasts. Investors should be cheered by improved trends, but some of Verdad's findings based on first-quarter numbers were startling and questions about the stretched valuations of growth stocks have still to be answered.

Collectively, at the time of Verdad's report, shares in the Bubble 500 were trading at 13-14 times sales and in aggregate they were making zero profit, zero margins and zero return on assets.

Valuations for Bubble 500 companies are, observes Verdad, seemingly justified by the difference in their forward growth expectations versus the big tech stocks. Yet, with the likes of Amazon (US:AMZN) and Google’s parent Alphabet (US:GOOGL) becoming players in so many industries, the largest companies present a significant competitive challenge to smaller companies the market is implying should grow fastest.

Software giant Microsoft (US:MSFT) is now being grouped with Facebook (US:FB), Amazon, Apple (US:AAPL), Netflix (US:NFLX) and Alphabet; so FANMAG is the new acronym. While the Verdad team acknowledges it is typical for smaller and younger businesses to be valued on a longer multiple of enterprise value to sales, the market is asking a lot of such companies.

Verdad writes that “we feel it’s shocking to consider that only very rarely have any of the surviving sample of today’s FANMAG winners traded above 10 times revenue”. Expanding on a salient point, it continues: “We seem to be paying even more today for a broad bucket of unprofitable hopefuls than we were willing to pay for the FANMAG archetypes before they survived and won their near-monopoly status.”

That status was subject to scrutiny by a US congressional hearing last week, with four of the chief executives – Facebook’s Mark Zuckerberg, Alphabet’s Sundar Pichai, Tim Cook of Apple and Amazon’s Jeff Bezos – taking turns to be questioned by remote conference.

Perhaps the committee appreciates the irony; technology pioneered by these companies enables the grilling of their chief executives, mid-pandemic. The sight of Mr Zuckerberg in a suit is a reminder they are dealing with former upstarts that have matured into the main breadwinners of the Nasdaq exchange. These days Facebook’s head honcho is far removed from the kid who famously met venture capitalists in his dressing gown.

Delinquency in up-and-coming businesses may be of the financial kind, however. There are no guarantees unprofitable growth companies will come good and become the quality stars of tomorrow. As noted in the Verdad study, “paying over 10 times revenue for exciting growth stories is historically one of the worst long-term investment methodologies ever”.

That’s been because of their “dramatically high failure rate and disproportionate risk of extreme multiple compression” and, Verdad adds, “this is true even if you exclude the dot-com bubble”, which would skew any assessment of highly valued growth stocks.

In other words, probability is stacked against the investor as such purchase multiples are usually associated with businesses that have flattered to deceive and will never come good. Verdad suggests bankruptcy-level losses in companies that were similarly valued in the past occurred at such high rates that the actuarial price return risk of buying into the Bubble 500 is “equivalent to investing exclusively in tomorrow’s levered defaulters”.

That reduces investing to gambling as you’re hoping to find the next Amazon, Facebook, Apple or Alphabet just to avoid a blow-out. Furthermore, Verdad writes that even “if you pick an eventual lottery ticket like the six FANMAGs, at 10 times (plus) revenue, you can still lose 80 per cent of your money on a five-year horizon due to multiple compression despite the growth”.

A narrative that eats itself

Abnormally high valuations for unprofitable companies have been driven in part by the narrative around future innovation in fields such as healthcare, transport and information technology. Then there is the issue of falling real interest rates as the Federal Reserve injects hundreds of billions of dollars into the financial system and has slashed the target federal funding rate close to zero.

Taking the latter point first, negative real rates magnify the importance of future cash flows. Because trusted growth rates of the FANMAGs – and yet again they have rewarded investors’ faith with earnings beats in the second quarter of 2020 – are effectively being treated like the coupon on a bond, the price of the tech titans rises as rates fall.

Unlike a bond coupon, a company’s profits fluctuate, so treating earnings yield in this way could come back to haunt investors if regulators take action to stymie the big players. That said, at least there is a clear rationale to viewing the cash-generative FANMAGs as both quality defensive and long-term steady growth plays.

Stock prices have rallied on the back of the FANMAGs reporting strong second-quarter sales and profit numbers. Aggregate figures from FactSet now have these six companies trading on a weighted average of 6.1 times enterprise value to sales and 62 times price/earnings.

That’s a seemingly paltry earnings yield of 1.6 per cent, but given the 10-year US Treasury yield is around 0.6 per cent, that’s still a premium many investors are happy with. A track record of growth and a second-quarter net income margin for the group of 19.1 per cent are reassuring signs of quality to assuage those with very reasonable concerns about valuation risk. It is worth noting, however, that the FactSet data shows analysts expect FANMAG revenues to moderate over the next two years.

Where money managers like Verdad are very sceptical is on the same logic being applied to the other competing growth companies that, at the time of their report last month, were priced 40 per cent higher but aren’t industry winners producing profits.

FANMAG stocks a bastion of quality but will sales growth decline?

Winner is the operative word. The narrative around technology seems to ignore the fact that half a dozen of the most successful and innovative companies of all time must be knocked off their perch, never mind how competition between smaller companies will force down selling prices, making it harder to become highly profitable.

The sector composition of Verdad’s Bubble 500 was fascinating, but many of the companies are operating in areas where the FANMAGs have a large and growing presence.

Bubble 500 are focused on sectors where competition is fierce

Software, payment processing, healthcare equipment, biotech and electric vehicles are described by Verdad as “the revolutionary vanguard of the future”. They observe, somewhat wistfully, that “the old economy, the real economy, main street – those types of companies seem to exist only to pay for application software, create transaction revenue for payment processors, and drive the network effects for [digital] marketplace companies”.

There is quite a lot in this statement to make investors question the price tag of some growth stocks. On top of having to compete with cash-rich giants that own networks and set innovation standards, they are partially dependent on demand from companies that are themselves suffering from the loss of economic activity thanks to coronavirus, and which are seeing their business models disrupted by FANMAG ubiquity.

Such factors made Verdad question if positive narratives around technologies of the future justified a 14 times revenue price tag for their Bubble 500 stocks at the time of the report, although they did acknowledge the power of momentum behind the trade. Over five years to the middle of 2020, a hypothetical Bubble 500 tracker had an average compound annual return rate of 26 per cent versus 11 per cent for the S&P 500 index.

The big difference, of course, is that although they’ve got more expensive, the FANMAG stocks have also grown earnings. This is in stark contrast to the Bubble 500 stocks and Verdad is not alone in believing their growth rate won’t persist. It noted over a 7 per cent short interest as a percentage of the float for the average stock in its Bubble 500 list. Some were among the most shorted stocks on the market.