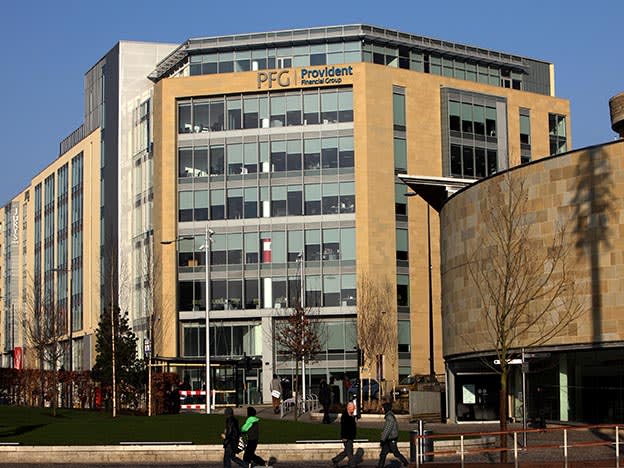 With UK unemployment rising, and hundreds of thousands of individuals’ finances hammered by months of Covid-19-driven uncertainty, it is safe to say that most loans have become riskier since the start of 2020. Yet half-year results from Provident Financial (PFG) – whose lending lines were already riskier than most – suggest the worst may already be behind the high-cost credit provider.

On the face of it, several headlines look unhealthy. A group-wide adjusted pre-tax loss of £32.6m compares with an £80.4m profit in the first six months of 2019, while the dividend remains suspended and Provident’s bankers had to waive the interest cover covenant on its revolving credit facility. The ambitions set out at last November’s capital markets day, including hopes for a 20 to 25 per cent return on equity, are now on hold.

But chief executive Malcolm le May echoed the market’s delighted reaction to these results when he said the financial performance had surpassed expectations at the start of the crisis.

This was pinned on the notion that Provident’s customers can handle recessions more easily than prime borrowers, given the latter cohort are typically more indebted and less accustomed to living on shoestrings.

Tightening risk controls helped, too. At credit card division Vanquis Bank, a decision to cut three-quarters of new bookings led to lower revenues, a 5 per cent drop in customer numbers to 1.7m, and pushed receivables down by almost a fifth year on year. But combined with lower customer spending and overheads, Vanquis’ annualised return on equity – calculated as the trailing 12-month post-tax profit to average shareholder equity – still came in at a commendable 19.3 per cent.

The picture was similar at sub-prime car finance arm Moneybarn, which stayed profitable despite a sharp reduction in lending to the highest-risk borrowers. Surging new business volumes before and after April – culminating in record new lending in recent weeks – has boosted receivables and customer numbers.

The economic gloom still matters. Management has doubled the weighting of ‘downside’ and ‘severe’ economic scenarios in its forecasts to 40 per cent, in light of pervasive uncertainties. Provident’s base case for unemployment to average 6.1 per cent this year and 6.7 per cent in 2021 also factored into a £73m impairment provision, and explains the headline and adjusted losses.

Two more points provide reasons for cautious optimism: customers on payment holidays are in the low single digits, and Provident is now repaying its furlough support. We admit to underestimating the business’s resilience. Move to hold.