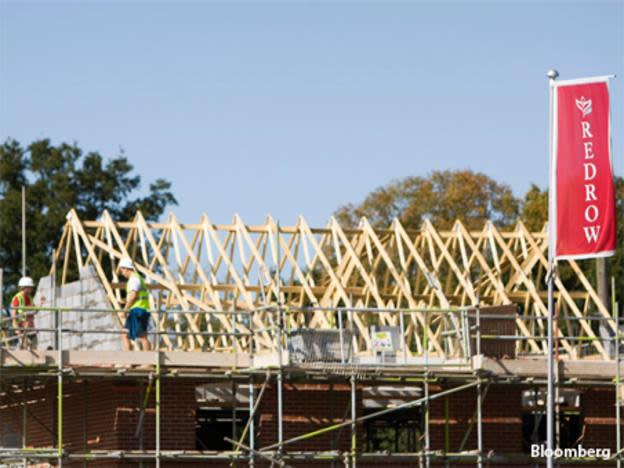 Pent-up demand and a rush of customers utilising a pause in stamp duty and the help-to-buy scheme pushed Redrow’s (RDW) order book to a record £1.42bn at the end of June, representing annual growth of more than a third. That momentum continued throughout summer, with reservations 12 per cent ahead during the first 11 weeks of the current financial year.

Readying for an anticipated spike in demand ahead of the help-to-buy scheme changes in March, along with the impact of lower completions, meant gross investment in work in progress increased to 69 per cent of turnover, compared with 37 per cent last year. It has increased the number of plots under construction by 13 per cent.

However, the rate of demand is likely to fall back slightly once the stamp duty breaks come to an end, according to executive chairman John Tutte. “Part of that is due to the availability of the properties that we will complete before the stamp duty deadline at the end of March,” he said. Some sites have no available plots at all, he added.

It follows a dire second-half of the June-end financial year, when the closure of construction and sales sites meant completions declined to just 264 and a £17m provision for scaling-back London operations resulted in a pre-tax loss. Over the full-year, completions were down just over a third, although the private average selling price remained broadly steady at almost £387,000. The decline in completions contributed towards the housebuilder swinging to a £126m net debt position, but the group expects this to reverse by December, after which it will resume dividend payments.

There is naturally a high degree of uncertainty around the outlook for house prices and transaction levels, particularly when two important government stimulus measures end in the spring. The question is whether enough buyers will be in the market to enable the group to hold cash generation steady. The shares are priced at a 13 per cent discount to forecast net asset value at the end of June next year, below peers with less robust margins and returns on capital. Buy.