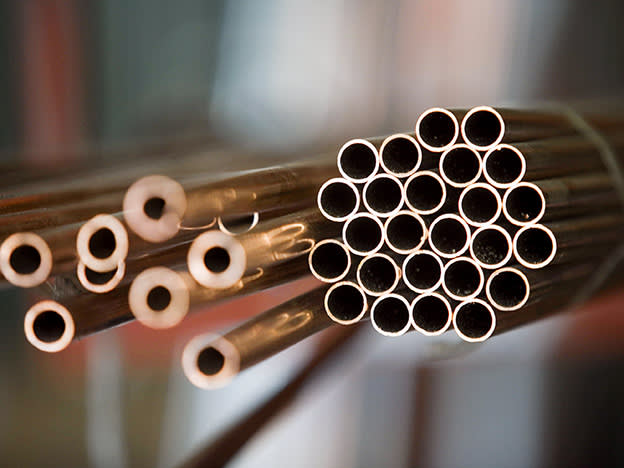 Amid the Covid-19 disruption to construction markets, plumbing and heating products specialist Ferguson (FERG) benefited from most of its business being located on the other side of the Atlantic. Whereas revenue from its UK operations dropped by almost a fifth in the year to 31 July, to $1.9bn (£1.5bn), US sales actually ticked up 3 per cent to $18.9bn.

The US momentum was largely driven by acquisitions, although 0.4 per cent organic revenue growth is still preferable to the estimated 3 per cent contraction experienced by the wider market. Ferguson saw resilient demand from the residential ‘repair, maintenance and improvement’ (RMI) sector, which helped offset weakness in commercial and industrial building activity. By holding its prices steady and cutting costs, US operating profit increased at a faster rate than sales, rising by a tenth to $1.5bn.

Overall pre-tax profit was weighed down by higher finance costs and $120m in restructuring charges.

Ferguson had sounded out shareholders earlier in the year about abandoning its London listing entirely and shifting to the US instead. It believes that a US listing will provide access to “significant incremental pools of capital”. But the group concluded at the time that such a move would not yet be able to meet the required 75 per cent approval threshold. Instead, it secured the green light for a secondary US listing that is due to become effective in the first half of 2021. This is, however, being treated as a stepping

stone to its ultimate aim of moving its primary listing across the pond. Ferguson says it will put this up for a vote “in due course”.

In the meantime, given the uncertain economic environment, the timing of the demerger of its UK Wolseley business remains unclear and Ferguson says that it is “assessing other separation options in parallel”.

Despite investing $351m in six acquisitions, net debt (excluding lease liabilities) fell by 15 per cent to just over $1bn. Equivalent to 0.6 times cash profits (Ebitda), this is well below the group’s target leverage range of 1-2 times. The 208.2¢ final dividend being proposed has effectively reinstated the half-year payout that was suspended in April and matches the total from last year. While the share buyback programme remains suspended – there is just under $400m-worth of purchases still to go – M&A activity has been resumed.

Ferguson’s shares rose 6 per cent on the back of these numbers and are sitting above their pre-pandemic levels. But while US revenue growth has continued to outpace the wider market since the end of the year – there was a “low single digit” year-on-year increase across August and September – it would be wise not to get too carried away. Ferguson has significant exposure to commercial construction, which could slow further amid an economic downturn. Hold.