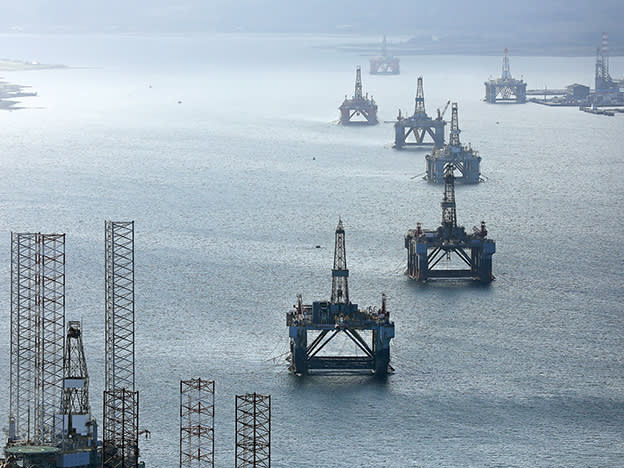 Private North Sea producer gaining a listing from Premier, whose shareholders will hold 5 per cent of the combined entity

Premier Oil (PMO) will effectively disappear in its present form, via a takeover designed to hand private equity-backed producer Chrysaor Holdings a London listing. Premier has spent much of 2020 looking for solutions to its debt problems, while trying to complete a sizeable North Sea asset purchase. Last month it confirmed that it was talking to Chrysaor to refinance its debt.

The proposed merger would see Chrysaor, which boasts production of around 200,000 barrels of oil equivalent per day (boepd), pay off Premier’s borrowings and hedging contracts to the tune of $2.7bn (£2.1bn). The combined entity would produce around 250,000boepd, and become the UK's largest independent oil and gas company. of which Premier's existing shareholders are expected to own up to 5.45 per cent.

The merger is an all-share offer designed to pay back creditors, who will get a maximum of 75c-on-the-dollar back on their loans, including newly issued shares. The creditors, including the holder of a major short position – Asia Research and Capital Management – will have to give their support to the reverse takeover, which is also subject to regulatory approval. Premier is also asking creditors to support a court move designed to further extend debt covenants, from May 2021 to March 2022, for which it has received 43 per cent backing thus far.

The company was trying to complete a purchase of BP's (BP.) North Sea assets announced early in the year that included a major equity raise component. Management said the Chrysaor deal provides “greater execution certainty”, and will have an impact on shareholders comparable to the refinancing deal announced in August, through which it would try and raise $530m from shareholders and push back the maturity on much of its debt. The new entity would be run by the current chief executive of Chrysaor’s major shareholder Harbour Energy, Linda Cook. “This transaction is the next step in Harbour’s aspiration to develop a new independent E&P company with global relevance,” she said, aided, presumably, by Premier's development projects in the Falkland Islands and Mexico.

Premier chief executive Tony Durrant will leave the company by the end of the year if the deal goes through.

After reporting a marked deterioration in adjusted cash profits, together with a statutory pre-tax loss at the half-year mark, Premier’s share price continued to pull-back. Indeed, it had collapsed from 100p at the start of the year to 15p before the deal was announced. The reverse takeover triggered a 12 per cent rise in early trading. The bottom line is that the heavily indebted driller was left with few options by continuing with the BP deal. It would have boosted cash flow, but as finance chief Richard Rose told us in August, the debt load had been “holding us up for the last couple of years”. Now, it is probable that Premier will disappear as a standalone entity because of the unwieldy set of liabilities. We would recommend shareholders support the takeover and take the tiny stake in Chrysaor over the alternative of Premier trying to raise cash from the market.