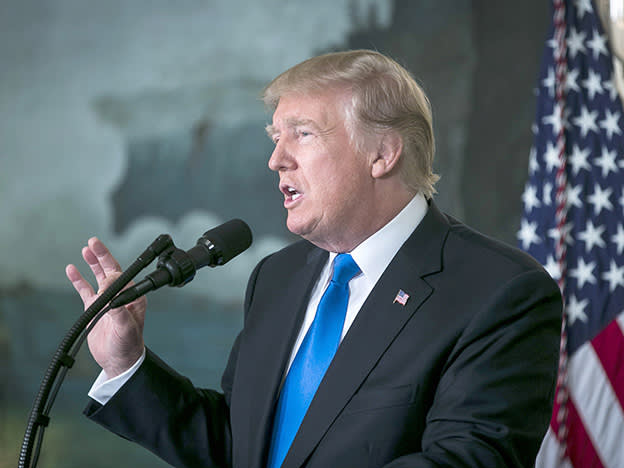 Media in the spotlight as election day creeps closer

With less than a week to go until polling day, US media outlets are braced for a challenge

Sacha Baron Cohen picked a strategic moment to release his viciously political follow-up to 2006 mockumentary, Borat. With just over a week to go until the 2020 presidential election and Americans already heading to the polls, the movie-maker has laid his cards firmly on the table. Donald Trump, Mike Pence and Republican attorney Rudy Giuliani – who are all ridiculed in the film – are unimpressed. Film reviewers and political commentators on the left are writing gleeful copy.

The fallout from the Borat release is testament to the media’s ability to evoke strong emotions in politics. That has perhaps never been more true than in the 21st century, when regulation has failed to keep up with technological innovation. Social media gives everyone an uncensored platform for spouting political opinion.

And so, companies such as Twitter (US:TW.), Facebook (US:FB.) and Snapchat-owner Snap (US:SNAP) must protect their audience against disinformation, while sidestepping accusations of political bias and the risk of blocking freedom of speech. Earlier this month, Twitter blocked a sharing link to a New York Post article that contained private documents and photos allegedly taken from the son of Joe Biden’s laptop. While the link was blocked on the grounds that it violated its hacked materials policy, its removal without explanation prompted outrage and accusations of bias. Chief executive Jack Dorsey was pushed to tweet an apology: “Straight blocking of URLs was wrong. Our goal is to attempt to add context, and now we have capabilities to do that.”

But the perception of mismanaging content can be more expensive. Earlier this summer, the ‘Stop Hate for Profit’ campaign orchestrated an advertising boycott against Facebook – with the likes of beverage giants Coca-Cola (US:KO) and Diageo (DGE) cutting off their spend. The social network company has since reached an agreement with the World Federation of Advertisers, as well as introducing a panel of anti-bias moderators. But they face the ongoing challenge of batting off accusations of political bias, which have already started to flare up as election day approaches.

Four of the top five highest spenders on Facebook are presidential candidate sponsors (the fifth is Facebook itself, spending money on advertising the Instagram app). On 20 October alone – the day of the final debate – the ‘Biden Victory Fund’ spent $1.3m on Facebook ads. ‘Biden for President’ spent a further $420,000, while the ‘Donald J. Trump for President’ and ‘Trump Make America Great Again Committee’ spent just over $1m between them.

And the role of the media in the 2020 presidential election doesn’t stop with the expenditure of the main players. Locally and nationally, advertisers, broadcasters and social media companies are in for a busy few weeks.

After the 2010 census, a group of data-savvy Republican party strategists saw an opportunity to redraw state lines in their favour – a process that they believed would flip the country’s electoral state maps from blue to red and reinvigorate the prospects of the, then down-and-out, GOP.

Through super-targeted media campaigns, the strategists managed to win crucial seats in the 2010 local elections, so that when the time came for redistricting (when state boundaries are changed to reflect changing demographics), the Republicans had control of 10 of the 15 states that would be redrawn.

Favourably mapped districts in crucial swing states such as Florida, Ohio and Pennsylvania have been critical to the Republican Party’s success in the last 10 years. This most sophisticated act of gerrymandering helped the party retain the House of Representatives in 2012, win the Senate in 2018 and push Donald Trump into the White House. On all three occasions, the GOP lost the popular vote, indeed in the 2012 election – the first to really feel the effect of new state lines – 1.4m more Americans voted for Democrats, but Republicans won a 33-seat majority.

In 2020, the US census has just been completed again, meaning state lines will soon be redrawn. That means whoever gets control of state legislature this year will get to redraw the maps. Local elections are therefore almost as important to the future of both parties as the presidential election itself.

Gerrymandering has come a long way since 1812 when the then-Governor of Massachusetts, Elbridge Gerry – for whom gerrymandering is named – drew a strangely shaped district around Boston for the specific purpose of boosting votes for the Democratic-Republican party. Today, sophisticated mapping software is used to target the individual districts that will generate the best results, meaning national campaign managers can throw huge budget behind extremely targeted campaigns.

And they do. In 2020, the Democratic Legislative Campaign Committee announced a $50m campaign to “flip everything” and turn red districts blue. That means Anthony Allison, a public servant running for the HD4 district in the state of New Mexico, gets television ads and flyers promoting his ability, as does “front line fighter” Jenn Alford-Teaster in SD8, New Hampshire and “champion for students” Barb Anness of HD45, Michigan.

Meanwhile the Republican State Leadership Committee is pumping out anti-Democrat propaganda to its 34,000 Twitter followers. “Texans, Pennsylvanians, and Ohioans take note,” said one tweet, the Democrats threaten to, “end the oil industry and put more than 9m American jobs at risk”. Texas is clearly a state of interest to Republican redistricting campaigns. Just this month, the National Redistricting Foundation has spent $20,000 on Facebook ads targeting voters in Texas.

This is the first state redrawing where social media will play a major role. In 2010, targeted ads were not nearly as sophisticated, meaning redistricting campaigns relied more heavily on traditional media channels: televisions, radio and newspapers. In 2020 Facebook and Twitter can target voters with pinpoint accuracy. Indeed, according to a recent study in the scientific journal Nature, “social networks can be used to bias votes” on local levels. The study used an online voting game to track users’ voting decisions based on various polls and found that digitally programmed ads and strategic messaging can change voters’ decisions with ease.

Reporting the results: a balancing act

Donald Trump has frequently denounced the press as the “enemy of the people” and raged against social media platforms such as Facebook and Twitter for spreading ‘fake news’ – although frequently using the latter to communicate with his 87m followers. But apps such as these, as well as papers and news channels, find themselves facing the enormous challenge of reporting accurate and timely election news.

At time of writing, Biden has a 7.9 point lead in the polls, according to the Real Clear Politics average. And with Trump having refused to commit to a peaceful handover, as well as a higher-than-usual volume of mail-in votes, there could be some confusion that extends beyond results day. Little wonder that Facebook and Twitter are both bracing for the possibility of a contested election.

Ex-Liberal Democrat leader Nick Clegg, and now head of global affairs at Facebook, told the Financial Times in an interview that the company had drawn up contingency plans to handle a number of potential scenarios, including widespread civil unrest. Indeed, social media platforms have introduced a number of restrictions: Facebook has said that it will flag posts that claim victory before the official result has been counted. And Twitter, which globally banned political advertising on its platform in 2019, has done the same. Its new policy will allow it to take action against any tweets “inciting unlawful conduct to prevent a peaceful transfer of power or orderly succession”. Even Chinese-owned TikTok has scrambled to make eleventh-hour changes, including banning false claims about voter fraud.

The 2020 election has presented a number of challenges for media companies across broadcast, print and digital – but the fact remains that US politics makes good content. Indeed, the first Presidential debate at the end of September drew the eyes of around 73m people across 16 networks, according to media research firm Nielsen. Trump later tweeted: “HIGHEST CABLE TELEVISION RATINGS OF ALL TIME. SECOND HIGHEST OVERALL TELEVISION RATINGS OF ALL TIME. Some day these Fake Media Companies are going to miss me, very badly!!!”.  This is perhaps a bit of a stretch – but no doubt that media companies have enjoyed such a lift in traffic, which has breathed new life into an advertising market that has suffered this year. Indeed, media research firm MAGNA Global found that this election cycle is set to generate $5.1bn in net incremental advertising sales, almost a third bigger than 2016.

For traditional media companies such as ViacomCBS (US:VIAC),  Comcast (US:CMCSA) and New York Times Co (US:NYT) reporting on a Presidential election is not new territory. Indeed, an unexpected turn in events may attract a larger audience, helping ad sales climb higher. But big internet companies would likely face intense scrutiny about how information is spread, verified and presented on their platforms – which could cause the market to get skittish. In the event of a contested election, the old guard may well prove to be the more reliable pick.