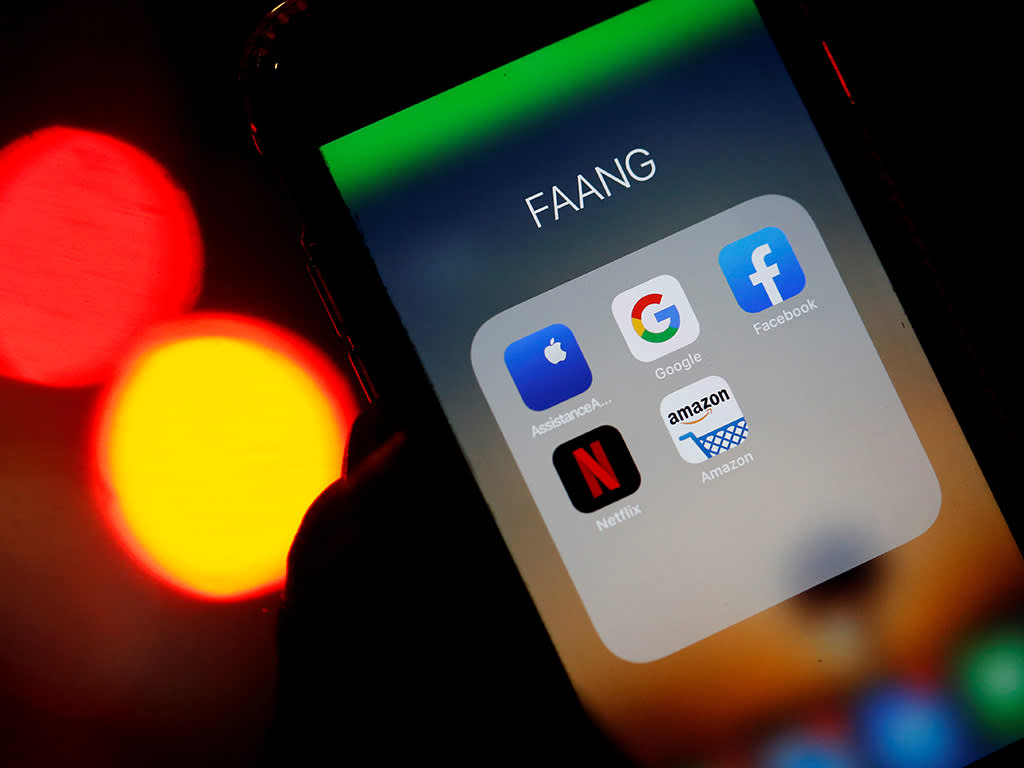 FAANG results: Five things you may have missed

Big Tech booms, but will the surge last?

Earlier this month, following a 449-page investigation into America’s biggest tech companies, US lawmakers declared these firms “have too much power, and that power must be reined in".

Just a few weeks later, attempts to restrain the Four Horsemen of the US economy – Facebook (US: FB.), Amazon (US: AMZN), Apple (US: AAPL) and Google-owner Alphabet (US: GOOGL) – show little sign of curbing their stampede on the global markets.

Collectively, these firms just reported a 18 per cent surge in combined sales year-on-year, reaching $227bn in the third quarter alone. This comes after Netflix (US: NFLX), the fifth member of the so-called FAANG group, reported a 23 per cent jump in revenues to $6.4bn over the same period.

But just as a star-packed Netflix boxset or a shiny new iPhone might look enticing, it's easy to be dazzled by these figures, which have been underpinned by a boom in the digital economy during the coronavirus pandemic. Here are five things investors may have missed beyond the eye-popping headlines.

Will the boom in ad spending last?

Much of Big Tech’s growth between July and September was driven by a surge in advertising following a slump at the beginning of the pandemic. Google’s search advertising income was up 6 per cent, while Facebook’s revenue – which mainly comes from ad spending – climbed 22 per cent.

Amid a boycott of Facebook by some of its biggest spenders, the US presidential candidates stepped in to bolster its profits. As the Investors Chronicle reported earlier this week, four of the five top spenders on Facebook are now political sponsors, with the Trump and Biden campaigns splashing out more than $100m between them on the social media platform since July. After the vote next week this spending is bound to drop off.

But the presidential contenders make up just a small fraction of the billions spent on online advertising, with much of this coming from small businesses. Following improvements in the wider economy last quarter, this revenue is likely to take another hit as these businesses face the prospect of a second wave of coronavirus.

Borrowed growth may have to be repaid

In April, as Microsoft reported a 15 per cent increase in revenues, chief executive Satya Nadella hailed the “two years’ worth of digital transformation in two months” that had been witnessed across the globe.

But if Big Tech reaped the profits from a two month boom in the digital economy, this raises the question of how much room these companies have left to grow over the next two years.

Netflix said it added 2.2m subscribers between July and September, a substantial drop from the 16m and 10m it gained in the first and second quarters, respectively. With fewer eyeballs left to capture, the streaming service may have to look at hiking its prices to sustain growth – a difficult balancing act that might only reduce its number of subscribers.

These viewers also need to be kept fixed to their sofas with new and high quality content. With much of the film industry in lockdown, this could be a challenge.

By borrowing growth from the future, Big Tech may have to repay its debts in diminished income over the coming quarters.

If Netflix could be reaching peak subscribers, has Apple also reached peak iPhone?

The technology giant reported iPhone sales dropped 21 per cent in the September quarter. While this came amid a growth in iPad and Mac sales and can largely be attributed to the delayed launch of the iPhone 12, the numbers are problematic as Apple is much more dependent on sales of physical items than most of its peers. Price increases for these products are also becoming a less reliable way for the company to boost revenues – customers aren’t going to want to keep buying phones over £1,000.

Now a shift to higher margin software sales is seen as a crucial next step for Apple, which in recent years has rolled out a suite of new services from TV+ to the iCloud. But it is yet to be seen how much these could make up for a decline in iPhone sales for the company, which has previously made a virtue of not monetising customer data as avariciously as its peers.

The IC had already hit Apple with a Sell recommendation earlier this month.

Reporting day for Big Tech is big news not only for individual investors in these companies. Because of their vast size, the biggest firms in the US have an outsized effect on the wider market, particularly the huge number of funds that track the S&P 500.

This index of the largest 500 firms in the US is already up more than one per cent today, after dropping 5 per cent over the previous seven days. But a reversal in fortunes could send the market swinging in the opposite direction. As the IC suggested this week, the FAANG stocks could very well see a similar loss of form to that experienced by the BRICs (Brazil, Russia, India and China) from whom they took up the momentum mantle in 2016.

Catch them if you can

As well as the US House Judiciary Committee, the influence of Big Tech is catching the attention of regulators across the globe.

Amid outcry over the amount of tax paid by multinational firms, numerous governments have just tried to hit them with a “digital services” levy. At 2 per cent of online sales in the UK, and 3 per cent in France and Italy, these taxes could have wiped millions off after-tax profits for the third quarter.

The ease with which the tech giants brushed them off will only add weight to lawmakers’ concerns. In September, Apple said it would fund these levies by increasing its charges for app developers. A month earlier, Amazon also announced it would be passing the cost of the UK’s tax on to smaller businesses, while Google will do the same to advertisers from November.

As the IC proposed, investors also shouldn’t need to worry about a proposed break-up of Alphabet, Google’s parent company. If the stampede of the Four Horseman is to be restrained any time soon, it probably won’t be the regulators pulling at the reins.