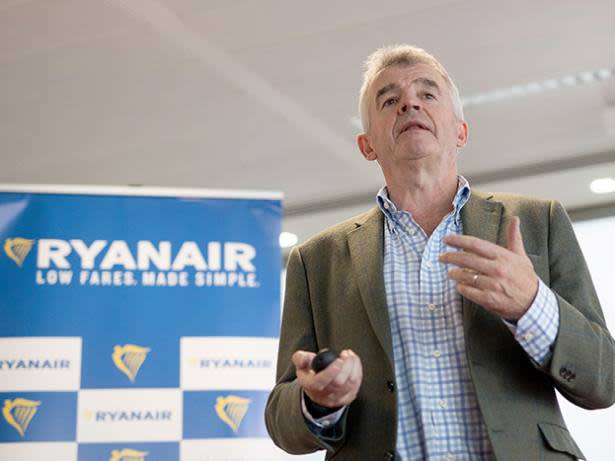 The airline raised €1.25bn in fresh funds in September via a share placing and bond issuance

Ryanair (RYA) took aim at European governments and “uncoordinated travel restrictions”, which threaten to further reduce its aim of flying 38m passengers in its 2021 full-year. The airline only managed to carry 17m travellers over its first half, compared with 86m in the corresponding period in 2019, with the coronavirus pandemic all but completely grounding its fleet between mid-March and the end of June. Chief executive Michael O’Leary told the BBC that passengers would not receive refunds for flights that remain operational despite a number of governments advising their citizens not to travel.

The collapse in air travel was also reflected in figures provided by PPHE Hotel Group (PPH), which this morning said that on average, only a third of its rooms were occupied over its nine months to 30 September.

The deferral of capital expenditure and pay cuts helped slash the airline’s operating costs by two-thirds to €1.35bn (£1.22bn) over the period. Ryanair also raised €1.25bn in funds via a share placing and bond issuance in September. The airline closed the period with a cash position of €4.5bn, while it has more than €1.5bn in debt due next year.

Ryanair expects its second half losses to be even worse than those through to September. The airline is confident, however, that it will emerge from this crisis as a leaner operator, in part helped by its greener Boeing 737 Max aircraft, which it expects to finally receive early next year. While the airline is set for a bumpy few months, and the general economic outlook in Europe remains gloomy, its reduced cost base should contribute to margin improvement and provide room for lower fares, helping to ensnare new customers as competitors exit the market. Hold.