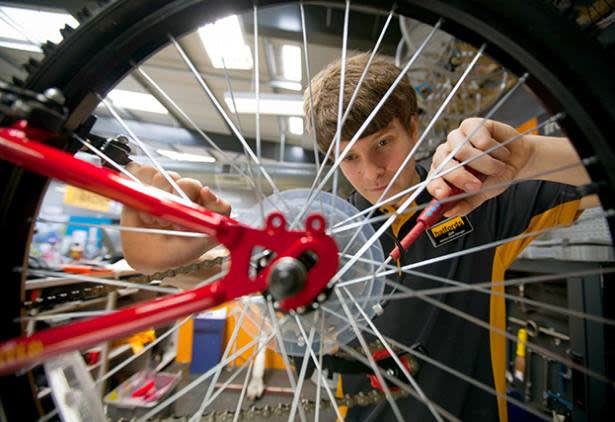 Halfords plans for an electric future

Cycling inventories came under pressure over the retailer's first half

All parts of the Halfords (HFD) group - cycling, motoring and services - returned to growth by the end of its first half, following a volatile period that saw its cycling sales rise by more than a half while car usage fluctuated. Halfords is now focussing on improving cycling profitability while managing a demand surge that has overwhelmed its supply chain. Group inventories were down by over a fifth at the end of the period, though this forms part of a deliberate attempt to reduce cycling stock, having narrowed its ranges and lead times.

Halfords’s free cash flow nearly quadrupled from £44m last year to £169m. But the retailer struck a cautious tone for the year ahead, withholding guidance and pointing to a 30 per cent decline in traffic compared with pre-Covid levels. Its motor servicing business was also affected by the government’s decision to allow drivers to delay their MOTs this year.

While profit growth may slow as cycling momentum eventually runs out, Halfords is positioning itself for more high-tech alternative transport modes. With the government targeting the end of new petrol and diesel car sales by 2030, Halfords plans to have an electric vehicle technician in each of its garages by April. It will also lift the number of e-bike and e-scooter servicers from 400 to over 1,800. It may be that the evolution of the product offering is reflected in Peel Hunt forecasts which give adjusted pre-tax profits and EPS rising to £75m and 30p in FY2021, before falling to £55.4m and 22.2p in the following year. So while electric-powered transport remains a small part of Halfords’ offering for now, at just 12 times two-year forward earnings estimates it offers relatively low-risk exposure to a seemingly unstoppable long-term trend. Buy.