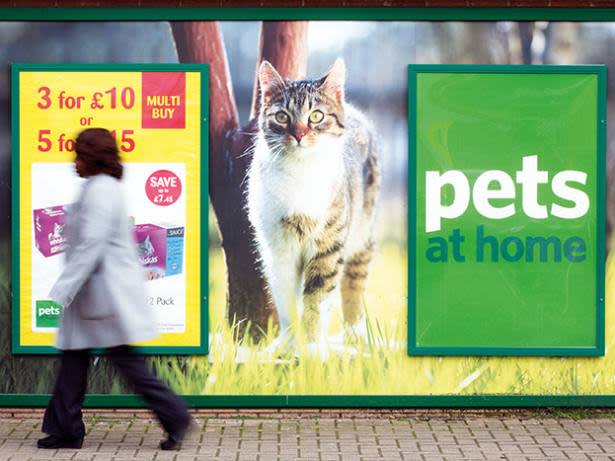 Pets at Home (PETS) issued an improved full-year profit forecast as the veterinary group capitalised on a pet ownership boom this year, adding more customers to its loyalty initiatives and recording a surge in omnichannel sales.

Demand for animal companions has soared this year, with prospective pet owners showing a particular predilection for dogs – and that is often reflected in prices. At £1,838, the average price of a pedigree dachshund in June sat nearly double the mean £973 asking price in March, according to The Dogs Trust. Google searches for the phrase ‘buy a puppy’ soared 166 per cent following the announcement of the March lockdown. However, there is a potential dark side to increased pet ownership. The RSPCA is preparing for its busiest ever Christmas, in anticipation that the pandemic could prompt an indirect rise in the number of abandoned animals.

Nevertheless, the group has raised full-year underlying pre-tax profit forecasts to sit in line with last year’s profits of £93.5m, compared with analyst consensus forecasts of £86.3m. It had previously warned that interim profits would sit “materially below” last year’s comparable period, fearful of the added costs of operating through the pandemic, social distancing requirements, and an unwinding of the pre-lockdown sales boom. In the end, Pets at Home’s statutory pre-tax profits of £38.9m were up 14.6 per cent compared with last year, although profits fell by 5.1 per cent to £39.6m based on the company’s own underlying basis,

Omnichannel sales surged as Pets at Home made greater use of its online channel, while the company has benefited from an increase in sign-ups to its clutch of loyalty initiatives. It heralded an increase in its market share across its business. Its number of VIP customers rose by 15 per cent to 6m members, accounting for 85 per cent of its entire store revenue. The company’s subscription customer base, meanwhile, lifted by more than a fifth and now provides £80m in repeat annual revenues. The Puppy and Kitten Club grew by a quarter. These customers typically spend around a fifth more with Pets at Home than non-members.

This increased source of repeat custom will have proven vital in what has been an unpredictable year for veterinary groups, which have been subject to restrictions on the practices they have been allowed to carry out for customers. Listed peer CVS Group (CVS), which highlighted in July a significant blow to small animal income as a result of restrictions, also subsequently beat analyst profit forecasts for its year ending 30 June by more than a tenth with cash profits of £55.3m, versus Peel Hunt estimates of £50m.

As an essential retailer, Pets at Home has been able to continue operating during the November lockdown. The company said that it has managed to function throughout the period with minimal disruption, aided by systems it implemented earlier this year to counter the first lockdown. This tallied with the experience of rival Medivet veterinary surgeon Dr Saul Levy, who said that the second lockdown had had less of an impact on his business. “The first lockdown was rough in terms of workload,” he said. The new restrictions, may, however, be having an impact on the nature of products Medivet customers are buying. “We’re not letting people inside the building so they can’t wander around and browse as they might have before,” he added. Dr Levy speculated that food and toy sales are shifting online.

Listed entities like Pets at Home and CVS have faced increasing competition from private equity-backed players like Medivet. Speculation is rife that one player, IVC Evidensia, may be set to join the pair through a stock exchange admission. Investor EQT Partners declined to comment on a Financial Times report that IVC was exploring a possible listing next year.

For now, Pets at Home remains one of the London market’s top dogs in the broader industry. Its shares fell by almost a tenth in early trading, with investors seemingly taking profits in the expectation of a slowdown in the pet market. That leaves them trading at 26 times Peel Hunt’s 2021 adjusted earnings estimates of 14.7p, ahead of its recent history and a bit too rich for our tastes.