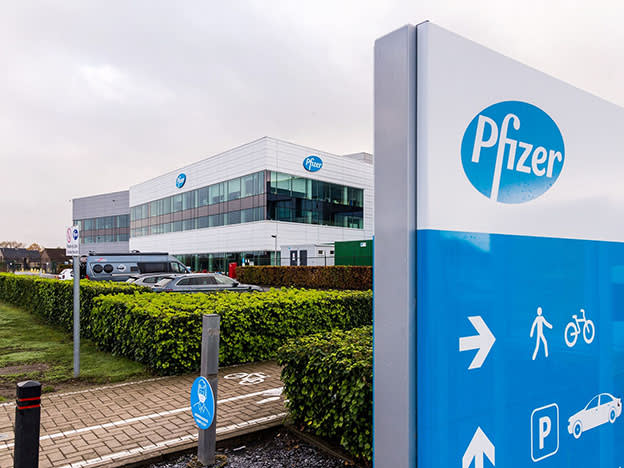 The UK’s Medicines and Healthcare Regulatory Agency (MHRA) has approved Pfizer’s (US:PFE) Covid-19 vaccine for widespread use. The jab, which has been developed in conjunction with BioNTech (US:BNTX), is administered via two injections, 21 days apart, with the second dose acting as a booster. The UK government has already ordered enough to vaccinate 20m people, and will prioritise people with heightened vulnerability to the virus such as the elderly and those with respiratory problems.

Debenhams and Arcadia on the brink

Topshop owner Arcadia went into administration this week and Debenhams collapsed into liquidation, as the UK high street continued to suffer from persistent coronavirus restrictions. But consumers have not stopped shopping: the British Retail Consortium said that spending rose by almost 5 per cent in October. Debenhams plans to trade through the peak Christmas season and then wind down its UK operations in the first quarter of next year. Meanwhile, Mike Ashley, the chief executive of Frasers Group (FRAS), has expressed interest in participating in any sale process that may arise at Arcadia. Read our analysis here.

Lloyds Banking (LLOYD) has appointed Charlie Nunn to be its new chief executive, replacing António Horta-Osório. Mr Nunn is currently the head of HSBC’s (HSBA) wealth and personal banking division. He will be joining a bank that is still in the middle of recovering from the coronavirus pandemic, as well as dealing with continued Brexit pressures. Mr Nunn said in a statement that he felt “particularly lucky to be joining Lloyds Banking Group at this important time”. Meanwhile, Mr Horta-Osório was named the new chairman of European banking group Credit Suisse.

Supermarket Tesco (TSCO) has said that it will return £585m-worth of business rates relief to the UK government, which could pressure other food retailers to follow suit. The retail, hospitality and leisure sectors were given a 12-month holiday on business rates for the 2020-21 tax year at the end of March, when lockdown had just started to weigh on the national economy. Tesco’s repayment is worth more than its first-half pre-tax profit, and will carry a full-year cash impact of £535m. The company will return a further £50m next year.

Data provider S&P Global Inc (US:SPGI) has agreed to buy the analytics group IHS Markit (US:INFO) in a $44bn (£33bn) all-stock deal, creating tougher competition for the market leader, Bloomberg. Under the terms of the acquisition, S&P Global shareholders will own around 68 per cent of the company. The deal is a sign of growing consolidation in the data and analytics market, following the London Stock Exchange’s (LSE) announcement that it would buy Refinitiv for $27bn last year. IHS Markit itself was a product of the $13bn merger of IHS and Markit in 2016.

Following a year in which the events industry has been obliterated by the pandemic, Hyve (HYVE) swung to a pre-tax loss of £313m in 2020, compared with a £9m profit last year. A number of events in 2021 have already been cancelled, but management emphasised its cost savings which, together with delayed events, have delivered a total of £63m so far. The group said that it is developing a vision for an ‘omnichannel’ events business, trialling more than 100 online gatherings across its portfolio. But Hyve still insists that it will be able to meet pent-up demand once the market reopens.

Bitcoin hit a new high this week, with its value touching $19,920,53, just a shade under the $20k mark. While the crypto-currency’s price has moved around sharply in the past few months, demand is growing steadily. Coindesk logged a record 432,451 ‘active entities’ – or wallet clusters controlled by a single participant that sent or received funds within a day. The previous peak was 410,972 almost three years ago. In October, Paypal (US:PYPL) allowed users on its platforms to buy and sell Bitcoin.

The RPI inflation measure will not be published from 2030, which means that inflation-linked products will grow by less.

Read our analysis on how this might affect your pension.