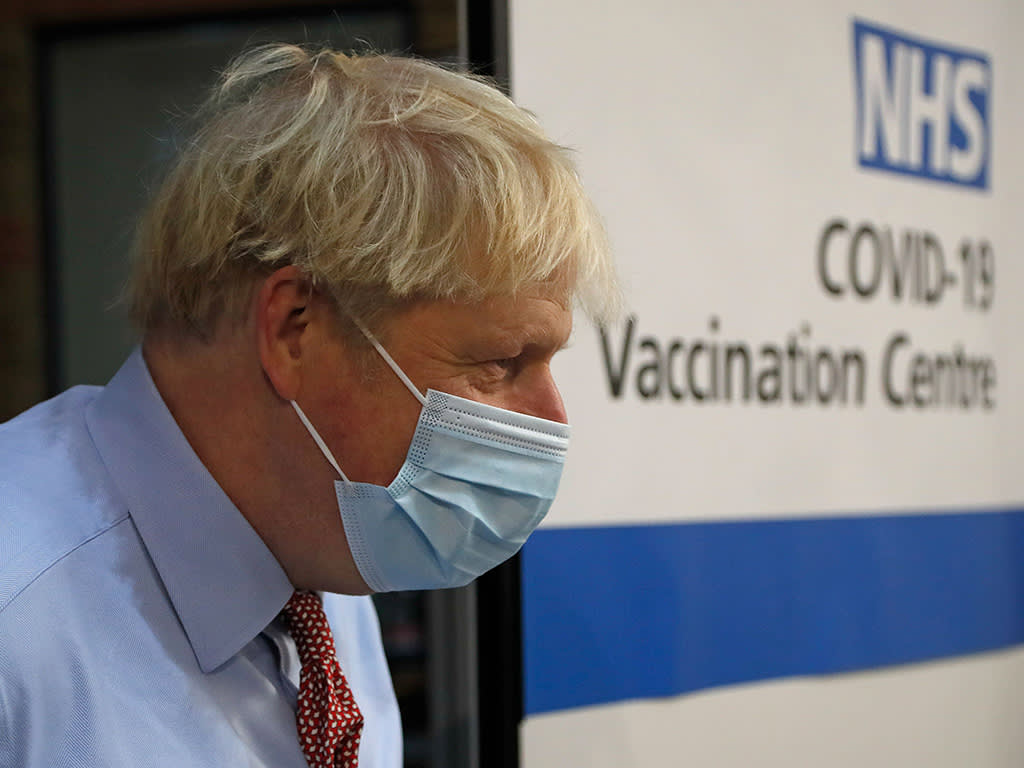 Can Covid testing survive the vaccine?

“Operation Moonshot” seems an unusual choice of name for a government project aimed at rolling out mass Covid testing to the entire country. The £100bn budget attached to it may live up to such a grandiose moniker – it only cost twice as much to get a man to the moon, after all. But, if the government’s struggles to get the programme up and running are anything to go by, a man will be back on the moon before the UK has an effective testing programme (probably delivered there by Elon Musk, himself a prominent critic of Covid-19 testing).

Since details of the plan were first revealed, Operation Moonshot has drawn major criticism from healthcare professionals who, according to the British Medical Journal (BMJ), have described the plan to administer 10m tests a week by early 2021 as “devoid of any contribution from scientists, clinicians, and public health and testing and screening experts and “disregarding the enormous problems with the existing testing and tracing programmes”. Critics point out that the evidence supporting the programme has not been subject to public scrutiny, and that the National Screening Committee has been sidelined from a programme that will eat up more than three-quarters of the NHS’s annual budget.

The NHS Test and Trace has been the canary in the Moonshot coal mine. Costing £22bn, the service has run into many problems, including issues with the Excel spreadsheet being used to run the service that meant those who had potentially been exposed to Covid-19 weren’t contacted.

The accuracy of Covid testing itself is also becoming a source of anxiety. According to a September study in medical journal the Lancet, the number of tests generating false-positive results – incorrect confirmation of Covid-19 – could be as high as 4 per cent now that large numbers of asymptomatic people are being tested. “False-positive Covid-19 swab test results might be increasingly likely in the current epidemiological climate in the UK, with substantial consequences at the personal, health system, and societal level,” said the Lancet.

A second problem is that the large-scale polymerase chain reaction, or PCR, testing – carried out in laboratories using equipment from healthcare equipment heavyweights like Siemens, Novartis or Abbott, and considered as close to a “gold standard” assay as is possible in Covid testing – is capacity constrained, and slow to deliver results. For all of the government fanfare about the success of the Liverpool trial, in two weeks only 300,000 people have been tested – a third of those living in the metropolitan area. Nationwide, only one in eight people have so far been tested, and a far cry from the government’s ambition to test every citizen twice a week. The government remains committed to finding a way to speed up the testing process and add capacity – but there is a long way to go; total NHS testing capacity now stands at just over 500,000 a week.

Indeed, testing on the scale demanded under Project Moonshot requires pregnancy-style tests that can deliver results near instantaneously at the point of test – and indeed some industries, such as airlines, are desperate to introduce rapid testing that allows people speedy passage through airports and onto planes.

The market is responding. In September, TT Electronics (TTG) revealed that it was working as a manufacturing partner to small British start-up iAbra, which claims that its device, Virolens, could screen for Covid-19 in just 20 seconds. TT said that test and launch partners including Heathrow Airport had placed orders worth £2m, and that iAbra has indicated that it would be placing orders worth another £280m with TT. There has been no update from the company since, despite scepticism over the claims made around the imaging technology, which iAbra says can detect Covid-molecules using AI-enhanced analysis.

Another such test – the AbC-19 Rapid Test lateral flow – is being developed by Aim-traded Omega Diagnostics (ODX) as a partner in the UK Rapid Test Consortium. Omega was forced to respond to criticism of its own test earlier this month by the BMJ, whose research suggested that “around one in five key workers testing positive with AbC-19 would be false positives”. The company pointed out that its tests have been approved by the MHRA, and that it is on course to deliver around a quarter of a million tests to lead partner Abingdon Health to fulfil its order from the Department of Health and Social Security.

More worryingly still are reports of false negatives delivered by rapid testing, with one BMJ study suggesting that they are missing as many as half of all cases, and a third of those with high viral loads – a particular concern for front-line health workers.

The business of testing

Regardless of the barrage of criticism, there are no signs that the government is giving up on its Moonshot, or rapid testing as part of that. And, as the Lancet points out, delivering a working solution will require major cooperation between the NHS and the private sector – unsurprising, then, that the market is awash with companies joining the fight against Covid-19.

Beyond the somewhat underdeveloped initiatives of TT Electronics and – the jury is out – Omega, Novacyt (NCYT) has been the junior markets greatest testing, success story. One of the first companies to launch a Covid testing solution in January – which was subsequently approved by the WHO for emergency use in April – it has seen its shares rise nearly 8,000 per cent, even hitting 1,000-bagger status at one point. Its sales rose more than 10-fold in the first half of 2020 on strong demand for its PCR test, and it is developing further variations and point-of-care tests.

As an aside, few will have been surprised to hear the latest arrival to wade into the Aim war against Covid-19: graphene-specialist Versarian (VRS). Turkish scientists have found that its materials “inhibit viral protection and possess antiviral activity towards SARS-CoV-2” (is there nothing this wonder material cannot do? – ‘make money’ I hear some of you cry.) Versarien suggests that its materials could make their way into PPE equipment like face masks and surface treatments, reminiscent of the many previous application of graphene it has revealed it is working on. Even if there is substance to the latest claims, the company still seems very late to the party.

Others may still be, too. Despite its background in diagnostics, even Omega is yet to see any meaningful revenues from its Covid-testing products – its sales dropped in the first half as demand softened for its other testing businesses, although it says it is on course to manufacture 500,000 Covid tests a week by the end of the year, while a recent placing leaves the company funded to fulfil its obligations. Its shares, which had risen more than ten-fold since the pandemic hit, have halved since peaking at the start of October, while Novacyt has also given back some of its stellar gains, down by more than a quarter in the last two months.

Testing in an immune world

The recent pullback coincides with positive news on the development of Covid-19 vaccines. Until a few weeks ago, testing had seemed like the only game in town – now companies face the question as to what the role of Covid testing will be in a world of immunity.

Omega argues that “testing will play a crucial role in any vaccine deployment”, in particular in understanding the immune response in those that have received it. It notes that its test was developed as a companion diagnostic tool to the Oxford-AstraZeneca vaccine project, specifically designed to detect antibodies triggered by its vaccine – the politics of national pride may yet be on its side.

Nor is it likely that the need for generalised Covid-19 testing will vanish any time soon. For all the positive recent news on the development and approval of a vaccine, it will still be some time before anything approaching a significant proportion of the population will have been vaccinated. The government’s supply of 40m doses of Pfizer’s vaccine will have been exhausted well before anyone under 60 has been vaccinated. And while Pfizer’s vaccine may have been shown to prevent Covid symptoms, there is no evidence that it prevents transmission, a rather worrying revelation in the context of the most vulnerable populations – care home occupants and workers – it’s designed to protect.

That means regular testing might still be necessary to control the virus even in those who have been tested. That Orwellian suggestion that a 'freedom pass' (negative test result) will be required to undertake certain activities – eating out, for example – has now been denied by the government, but for front-line healthcare workers in Covid hotspots such as care homes, the need for speed means demand for testing isn’t going to dry up. Both Omega and Novacyt are looking to care homes as key markets, and continue to improve and develop both antigen and antibody tests – testing, respectively, for current and past infection.

That does not guarantee success in what looks like an increasingly competitive market – with major research and development challenges still to be overcome, a clear rapid test winner is yet to emerge – although Novacyt must be seen as the front-runner among the listed players, racking up patent after patent in Covid testing.

And if, as vaccine progress suggests, the world may see a slow return to normality, then testing companies must also be judged according to what life may look like post-Covid. In Novacyt’s case, that could be bright. While Covid-19 may have been the killer application its technology had been looking for, the validation offered by the pandemic has delivered a strong foundation from which to develop its non-Covid business – as with vaccines development, broader awareness of the value of diagnostics increases and improvements in diagnostic technology may be Covid’s second silver lining.