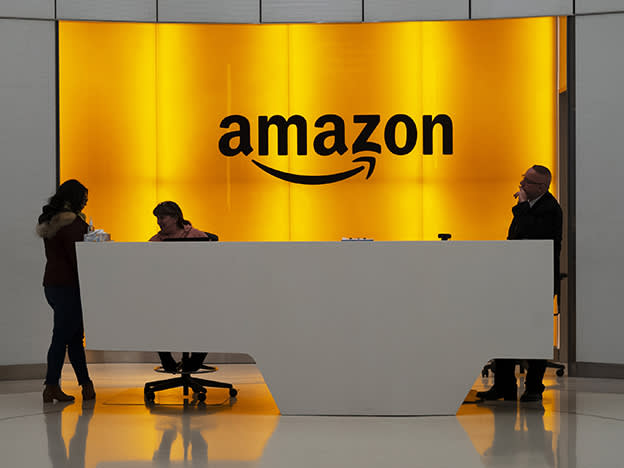 Amazon and Spotify square off in podcasting arena

Podcasts represent one of the few high growth areas in media

Podcasts were once a niche market, crowded by ex-radio hosts and chatty gossip shows. The name itself is a mash-up of Apple’s (US:AAPL) iPod and ‘broadcast’. But now around 104m Americans listen to podcasts at least once a month, an audience that has almost doubled since 2016. It was arguably only a matter of time before a space growing so fast attracted the attention of the likes of Amazon (US:AMZN).

The tech titan is reportedly in talks to buy Wondery for more than $300m (£223m), one of the largest independent podcast publishers left standing in the market. Its not the only company on the hunt for podcast technology; music streamer Spotify (US:SPOT) has been hoovering up podcasters over the past few years, including start-ups Gimelt Media, Anchor and Parcast. In February last year, chief executive Daniel Ek set aside around half a billion dollars to get acquisitive in the market – and this November the company, which already leads in paid music streaming, bought podcast publisher Megaphone for around $235m.

This shopping spree has not been cheap. It has weighed on Spotify’s profitability, with gross margins sitting at 24.8 per cent in the latest quarter, compared with 25.5 per cent at the same point last year. But music streaming alone is an expensive business to be in: just earlier this week, Universal Studios said that it bought Bob Dylan’s entire body of work in a nine-figure deal, although did not disclose the specific number. Evidently, fierce competition for new or exclusive content (ideally both) is hiking up costs for streamers.

This perhaps explains why Spotify seems to have cottoned onto the potential in podcasting earlier than Amazon. But podcasts are not a particularly lucrative business to be in. Most listeners tune in through Apple’s free podcast app rather than paying a membership fee for Spotify or Amazon’s services, and the majority of revenues are generated by advertising.

Instead, the appeal is in its potential for growth. Last year, Deloitte estimated that the market would expand by around a third to surpass the $1bn milestone for the first time in 2020. Admittedly, that is still minuscule compared to radio’s $42bn and music’s $51bn of global annual revenues. But while overall media and entertainment expanded at a meagre 4 per cent, podcasts look like the next hot ticket for growth.

The challenge lies in successfully monetising a growing user base. This will most likely be achieved by charging a fee for access to exclusive content. Spotify’s early move to acquire podcasters has arguably given it the edge in this field: it has already bought The Joe Rogan Experience, one of the most popular podcasts in the US for reportedly more than $100m. It has also struck deals with former First Lady Michelle Obama and reality star Kim Kardashian. But Amazon, too, has secured celebrity contracts with the likes of Will Smith and DJ Khaled. While Apple has not ventured far into exclusive podcast content, its Apple TV service suggests that it is more than capable of making successful, original material.

Deloitte estimates that the podcast market could exceed $3.3bn by 2025, if it expands globally, adds new listeners and gets better at squeezing profits out of its listener base. Corporate action in the market means that scale is growing rapidly, and the pandemic has spurred audience growth. With big tech companies such as Amazon and Spotify starting to butt heads, the possibility of new, exclusive and paid-for content is becoming more tangible. For both companies, dominance in the podcast market represents three key opportunities: differentiating themselves in a saturated audio streaming market, tapping into a high growth area and fattening up their bank of original content. With this in mind, podcasting looks like a battle in the streaming war saga to keep tabs on.