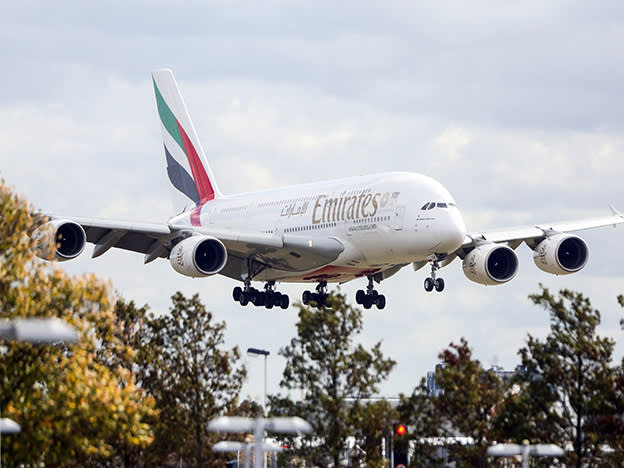 The cheapest and hottest sectors for 2020

What sectors look set to be next year's winners?

With a new year (and new decade) on the horizon, we can expect the financial world to turn to a bit of crystal ball gazing and reflection on the myriad of uncertainties that are a part of everyday investment life. This column would not want to be left out of such festive fun and with that in mind I’m rolling out my annual sector screen once again.

The screen starts by trying to break down the market into sector groupings that are small enough to be distinct, but still large enough to be meaningful. That said, some sectors find it harder than others to achieve this balance. For example, the airlines and airports sector has only four constituents.

The screen works by assessing every FTSE All-Share stock based on its valuation compared with its long-term history, as well as separately assessing recent (three-month) share price momentum. The stocks are then collected together in 38 sector groupings and the data on valuation and momentum are aggregated.

Sectors then get ranked for value, and are separately ranked for momentum. A combined ranking of these two factors is used to give the final overall ranking of the sectors. The hope is that this may provide some clues to what will prove interesting and profitable themes in the 12 months ahead.

The assessment of value for individual stocks is based on 12 years of valuation data (enough time to capture a full cycle). When stocks do not have a full 12-year history, a minimum of six years is deemed acceptable. The valuation ratio used in this historical comparison is either enterprise-value-to-sales (EV/S) or price/tangible book value (P/TangBV) for asset-dependent companies. The idea is to measure a company’s value against what can be best considered its earnings’ ultimate source, whether that be sales or TangBV. Where a stock’s current valuation sits compared with its long-term history is measured using a standardised statistics gauge called a Z-score. This gives a Z-score of Earnings’ Ultimate Source, and the pompous acronym ZEUS (as used in the accompanying tables).

The results from this year’s screen are presented from top to bottom ranked sector. I’ve also provided write-ups and constituent details of the top-ranking sector, the cheapest-ranked sector and the raciest sector based on three-month momentum.

The rerating of airline shares over the past three months has a “so bad it’s good” logic to it. On the face of it, this industry is struggling. It has been blighted by rising fuel costs and revenue per seat is under pressure due to excessive capacity growth. But after a spell of tough trading, the market is looking ahead to slower capacity increases, which should mean improved financial performance. EasyJet (EZJ), for example, has guided the market towards the lower end of its 3-8 per cent capacity growth range in the year ahead. Encouragingly, the group also reported a stabilisation in revenue per seat during the second half when it recently reported on its financial year.

It’s not only the growth plans of individual airlines that is reining in capacity. The collapse of Thomas Cook, an airline operator as well as a travel agent, has had reverberations across the industry. Easyjet is looking to capitalise on the collapse not only by buying some of Thomas Cook’s flying assets, but also by pushing its own package holiday business.

The grounding of Boeing’s 737 Max has also had implications for supply. Ryanair, which had originally planned to have 58 737 Max's in the sky by next summer, now expects to have only 20 delivered. Even this may prove optimistic, with the company pointing to the potential for further delays. Shares in Ryanair itself are not included in this screen’s assessment of the sector due to its primary share listing being in Dublin. The cost savings the 737 Max had been expected to deliver may also mean delay will result in less fierce price competition between carriers.

The disruption expected from pilot strikes at International Consolidated Airlines (IAG) and Ryanair has also benefited rivals. That said, this disruption has not put IAG off of doing deals. It has spent €1bn on Spanish operator Air Europa, which will strengthen its position in the Spanish market, where it operates as Iberia. The deal could signal more consolidation to come, which could mean a more controlled approach to capacity growth with potential long-term benefits for pricing.

The sector performance should also have benefited from easyJet being promoted to the FTSE 100 and buying by index trackers.

While there are positives for the sector and valuations do not look stretched, expectations of a better pricing environment have yet to feed through to substantial broker upgrades (see table). Fuel prices also continue to be a negative influence and there are concerns that non-fuel cost increases could prove higher than expected next year.

Screens are never perfect. In the case of the “lenders” sub sector as analysed by this screen, there are reasons to think its ranking does not do it justice. The reason for this is that many of the companies in this sector are young 'challenger' banks. These companies do not have long enough histories to qualify for the screen’s valuation test. They do, however, have long enough histories to contribute to the three-month momentum test, and their momentum has been truly horrid.

The stocks from this sector that do not contribute to the overall valuation ranking (half of the 16 constituents) have on average registered a 16 per cent share price fall over the past three months. However, for those more established players that the screen has been able to rank by valuation, the average share price rise is 18 per cent. Indeed, were this screen to only take into account the momentum from stocks that had also contributed to the sector’s valuation ranking, then lenders would easily be the top ranking sector overall.

Indeed, as challenger banks have struggled and seen their shares slide, more established players have rerated. Intuitively this makes some sense, as less competition from banking upstarts should benefit the sector’s big players.

The established players are also benefiting from the hope that the worst is nearly behind them from 10 years of mammoth fines. The PPI deadline at the end of August led to a surge in claims and one final round of mega provisioning by UK banks. But there are finally good grounds to hope a line has been drawn under this sorry affair. Emerging-market-focused goliath Standard Chartered (STAN), is also hoping to see an end to several years of legal claims. What’s more, a decade of credit crunch introspection means the big banks generally look leaner and financially more robust despite the barrage of fines they’ve faced.

Domestically focused lenders, such as Lloyds Banking (LLOY), Barclays (BARC) and RBS (RBS), also stand to benefit from any increased certainty around Brexit and any consequent pick-up in fortunes for the UK economy. Meanwhile, under a new boss, HSBC (HSBA) is hoping to redirect capital to higher-return parts of its business, although this latest round of restructuring will not be painless.

However, the elephant in the room for banks is fears about a slowing global economy and the general downward trajectory of interest rates. Both these issues are starting to put a squeeze on profits. A number of banks have recently pushed back their targets for return on tangible equity; a key measure for  gauging the sector’s profitability. But with valuations as low as they are, a lot of bad news is in the price for the big banks.

It's been a torrid year for most gambling companies, but hopes for the future seem better. A quick look at the column in the accompanying table giving the forecast earnings declines for the current financial year (EPS grth FY+1) and forecast growth for the next financial year (EPS grth FY+2), tells the tale. With the market now looking to the sunny uplands of FY+2, the share prices of several companies in this sub-sector have recently been on fire.

Regulation has weighed on the performance of UK gambling companies in 2019, and especially those with a large high-street presence. A law to reduce maximum stakes from £100 to £2 for fixed-odd betting terminals (the so-called crack cocaine of gambling) has led to tumbling profits at companies such as William Hill (WMH) and GVC (GVC)-owned Ladbrokes. That said, the impact on profits has not been as bad as some feared, which has helped underpin faith in these companies' restructuring plans.

Consolidation and partnerships in the sector, especially those aimed at giving UK companies positions in the deregulating US market, have been a source of excitement. GVC and William Hill are pursuing US growth through respective partnerships with MGM and Eldorado. Meanwhile, Flutter Entertainment’s (FLTR) mega-merger with Canada’s Star Group should help considerably boost its international ambitions, as well as providing significant cost-saving benefits. Meanwhile, Rank (RNK) is acquiring Stride in a move that should significantly boost its digital capabilities.

While sentiment towards gambling companies may have improved a lot in the past three months, regulation is never far away for an industry that can have devastating effects on its customers' lives. Recent proposals that stake limits similar to those recently applied to fixed-odds terminals should be introduced for online gambling could prove costly if ever enacted. Brexit is also a source of uncertainty for these groups.