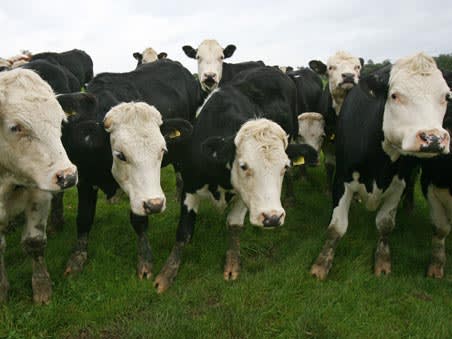 How farmland is taxed

The idea of owning a slice of rural idyll in the UK appeals to many, from existing farming families wanting to expand, to new entrants to farming and even those who want a bit of extra land to enjoy next to their home, particularly on a relocation out to the country.

Agricultural land (ignoring woodlands) covers approximately 39.8m acres1, which is broadly equivalent to 71 per cent 2 of total land in the UK. While income yields are low, historic long-term capital appreciation and specific tax breaks have continued to make UK land an attractive investment for some.

One of the biggest advantages that agricultural land can offer over other types of investment is emotive. Agricultural land is tangible, real property – the owner can visit the land, grow crops or raise livestock on it, or enjoy it as leisure land. This is very different to assets such as shares, bonds or other intangible financial investments.

Popular as it is, agricultural land is illiquid. Only 180,000 acres of farmland were marketed in 2016 across the UK2.

Agricultural land is mainly used in one of three ways; as amenity land, such as a pony paddock or dammed to create coarse fishing; as a passive investment let to a neighbouring farmer; or owned and occupied by a farmer working the land ‘in hand’.  However, in every case a land owner is a steward of the land and the natural environment within which it sits. This is becoming increasingly embodied in landowners’ legal obligations to protect the countryside and rural life.

Agricultural land can fetch a wide range of prices, from £700 an acre for hill land in Scotland, to £12,000 an acre for the best quality and well-drained arable land in the Vale of Evesham or the East of England. Collectively, the agricultural sector generates less than 1 per cent of the UK’s annual GDP1, but the land is still valued at a combined £185.7bn, which is equivalent to 3 per cent of the national housing stock2.

While the sector will most certainly suffer until a new farm subsidy regime is adopted post-Brexit, many commentators continue to predict that the long-term trend for steady price increases per acreage across the UK will continue.

Generally, UK tax policy towards agricultural land is generous. There are a number of reliefs available through inheritance tax (IHT) and capital gains tax (CGT), covered below. In addition, profits subject to income tax or corporation tax are calculated taking into account a wide range of allowable costs, both for day-to-day expenses and any large one-off costs such as machinery and plant for those who farm or market-garden their land.

Agricultural land is considered a chargeable asset for the purposes of IHT, in the same way as cash, shares or the family home. This means that a 40 per cent IHT charge can arise on death. However, generous tax reliefs are available of either 50 per cent or 100 per cent, providing legal conditions are met. This relief is known as agricultural property relief (APR).

APR is available where the land is situated in the UK, Channel Islands, the Isle of Man or an EEA state. To qualify, the land or buildings must be occupied by the owner or their tenant for the purposes of agriculture.

It is important to note that APR is given on the agricultural value of the land only. A common misconception is that the full market value, including that which relates to development, qualifies for APR, but this is not the case. A separate relief known as business property relief (BPR) could be available to relieve the development value, but the conditions are slightly different and would only be available to an owner who farms the land in hand. This is an important point to note if there is any hope value or prospects of development.

The rate of APR is generally 100 per cent except where the land is tenanted under a lease signed before 1 September 1995, where it is only 50 per cent.

There are also minimum periods over which the land must be owned; APR is only available where the land has been owned and used for the purposes of agriculture for two years, but this increases to seven years where the land is tenanted.

The relief also extends to farm buildings, such as barns, sheds and pig-pens. For a working farmer, the main farmhouse will also qualify for APR unless it is a manor house or something similar, in which case there may be a restriction. Where a farmhouse and land is acquired together, APR on the house will be lost if the land is let out and not farmed by the new owner. This is a common situation as many city buyers will not wish to themselves farm. An agreement to farm the land in a co-venture with the tenant may be a solution to this problem.

An investor in farmland should never be incentivised by the IHT relief alone. At the current time, it is known that HMRC is looking into APR and whether it continues to be of benefit to the national economy. It may not survive in its present form for the pure investor who does not farm the land directly.

The main rate of CGT was reduced with effect from April 2016 to 20 per cent, but for residential property the previous 28 per cent rate was retained. The main rate still applies to farmhouses and cottages, but main residence relief can be available, which will continue to exempt the farmhouse if it is the occupier’s main home.

Whether the rate of tax is 20 or 28 per cent, entrepreneurs relief could potentially reduce the rate of CGT to 10 per cent. To qualify for this relief, the land must be used as part of a trading business, and there are additional conditions to be satisfied. Accordingly, the 10 per cent rate is not available for land that is tenanted or otherwise not used in a business.

The 10 per cent rate of CGT is also not available where only small parcels of land are sold without the main farming trade ceasing first; therefore the timing of disposals is key.

Farming land in hand can be hard work, with income yields relatively low. In addition, there are many hidden costs, including insurance, interest on loans, general upkeep of plant and machinery, as well as the capital outlay for the equipment used to conduct the business. A farmer is on duty all the time, but the rewards of working in the open and watching the seasons come and go is very worthwhile to many.

The income and corporation tax rules generally allow relief for any costs incurred wholly and exclusively for the purposes of the business, including a proportion of the capital cost of equipment each year.

It is quite common for a loss to be realised for many years, with farmers often relying on subsidies to sustain the business and stewardship of the land. Losses incurred can generally be set against other income, and there is some availability to carry losses back up to four years from commencement. However, claiming losses is dependent on the business being run on a commercial basis “with a view to profit” and HM Revenue and Customs has been known to challenge this where losses are made for five consecutive years.

Similar principles apply if the land is tenanted, although the owner is treated as receiving rental income rather than trading income and losses are only carried forward against future rental profits.

On purchase, stamp duty land tax (SDLT) will be payable by the buyer. SDLT should be at a rate of up to 5 per cent for commercial or mixed-use land. A farm is treated as commercial property. If more than one dwelling is purchased as part of the land, it should also be possible to qualify for multiple dwellings relief, with the purchaser able to choose between the 5 per cent rate or a potentially lower rate for multiple dwellings.

Although VAT applies to farms, generally VAT does not cause an issue as most goods sold are treated as zero-rated for VAT purposes. Accordingly, VAT does not need to be charged by most farmers on the sale of their livestock or crops, but VAT incurred on related expenses can be recovered. Therefore most farms are in a continuous VAT repayment positon, claiming back 16 per cent of the cost of goods and services they buy for the farm.

Land and second-hand buildings are generally exempt from VAT. Occasionally a vendor will have arranged for their land or buildings to enter into the VAT system – a process known as ‘opting to tax’. This means a purchase will have VAT at 20 per cent on it which can only be recovered if the purchaser registers for VAT. This is a complex area and specialist advice should be sought.

One rather odd variation to this rule is the granting of a right to allow animals to graze on land – so called grass keep. This is a zero rated supply of 'grass keep' meaning that no VAT is charged but there is no restriction on the recovery of VAT on related costs such as contractors’ costs for hedge cutting and mowing.

Agricultural land is expected to hold its value. Many predict values will continue to increase at a steady pace because land cannot be manufactured and is in competitive demand for food, leisure and alternative fuel sources.

Investors who have extra cash available may therefore be tempted to consider a long-term investment to capture IHT relief with a reasonable expectation of their heirs recovering their money eventually. Compared with other assets, agricultural land qualifying for IHT and CGT reliefs can represent a very attractive proposition.

Mr A has £2.5m available following an inheritance from his mother. Mr A has always wanted to purchase a small holding and so decides to acquire 100 acres of good quality arable farmland, including the adjoining farm buildings, for £1m. Separately, Mr A purchases the farmhouse situated on the land for an additional £1m.

Mr A moves into the farmhouse with his family and begins to farm the land in hand, purchasing plant and machinery and other equipment with the remaining cash held.

In total, Mr A has relieved £2.5m of value from IHT. If Mr A had other assets using his nil-rate band, the relief would save £1m of tax compared with if he had purchased a residential property portfolio or other chargeable assets.

To continue the example, Mr A decided that farming the land was proving too difficult and time-consuming and instead let the farmland and farm buildings to the neighbouring farmer on a new tenancy. As the tenancy is post 1 September 1995, the 50 per cent restriction to APR would not be in point, however Mr A would have to let the property for another five years (so as to total seven years overall) before APR is again available at 100 per cent.

In this situation, as the farmhouse is no longer being used for the purposes of directing or managing the farm business, the value would be fully exposed to IHT. Therefore APR would relieve from tax only £1.5m of the £2.5m investment, saving tax of £600,000.