Emerging markets are not typically associated with income, but Utilico Emerging Markets Trust (UEM)'s 3.3 per cent yield may make investors think again. Although it focuses on producing a good total return it has increased its dividend in eight of the past 11 years.

"People say we should put income in the title [of the trust] but I shy away from doing this as we're not managing it for income," says Charles Jillings, manager of Utilico Emerging Markets. "It's just that the assets we are in [infrastructure and utilities] are income producing and paying dividends. It's true of the developed world as well of the developing world, that with assets [such as airports], once you've invested in the runway and airport terminal they ought to generate cash flow, and that's the point at which we are investing. These assets are naturally cash generative and should remain so."

Economic growth rates in many developing countries are also more attractive than in the developed world. "The majority of our investments are benefiting from urbanisation and the growth of the middle class," says Mr Jillings. "For example, you'd probably find that in Shanghai, gross domestic product (GDP) is growing quicker than in China as a whole and the middle class there is growing quicker, too. So assets such as Shanghai Airport [which the trust owns] are showing very strong growth characteristics, with double-digit top-line growth. These assets benefit from operating leverage [where higher sales and fixed costs leads to higher margins]."

Mr Jillings aims to find assets with a long-term franchise and a good management team which can maintain the business margin and deliver strong operating performance. This is typically measured through earnings before interest, tax, depreciation and amortisation (Ebitda).

These assets are in areas such as water, sewerage, waste, electricity, gas, telecommunications, ports, airports, service companies, rail and roads.

Although the trust can invest across emerging markets it is focused on Asia and Latin America. Brazil, in particular, is one of Mr Jilling's favourite sources of investment opportunities. As of the end of March this year Brazil accounted for 23.1 per cent of the trust's assets – its largest country exposure.

"We don't look for Brazil as we are bottom-up stockpickers," explains Mr Jillings. "But Brazil has a lot of good infrastructure assets."

An example of a Brazilian holding the trust recently bought is Rumo (RUMOF:PNK), a rail-based logistics operator focused on transporting agricultural products. It is benefiting from strong Chinese demand for soya.

"Something like 70 per cent of Brazillian produced soya gets exported, and of that about 80 per cent goes to China," says Mr Jillings. "Brazil has lots of inland fertile farms that are coming on line to produce more soya."

Rumo is looking to extend its trains from 80 to 120 carriages, to increase its transportation capacity.

Mr Jillings and his investment team travel regularly to meet company managements, and when he went to visit Rumo he spent much of his time in traffic jams. "I thought that was brilliant because it means that people have to use the railway to transport goods, as there's no way they can use the roads," he says. "It told you everything you needed to know."

Talk of potential trade wars has caused some concern about emerging markets. But Mr Jillings remains upbeat on the general outlook for them.

"GDP is still growing and that's a good driver, interest rates are benign, and inflation looks benign so it's still a good time to be an equity investor [in this area]," he says. "[US President] Trump is disruptive and has injected volatility into the market, and [you can't ignore the] risk of the Middle East. But we are still overwhelmed by investment positives so are optimistic on emerging markets and world trade."

Other benefits include the ability to take advantage of the UK's extensive network of double tax treaties and it will be simpler to hold its shares electronically.

Utilico Emerging Markets had a high ongoing charge plus performance fee of 2.82 per cent as at the end of its last financial year. But Mr Jillings argues:

"We try and manage the trust for under 1 per cent, and I think the performance fee aligns our interest with ordinary shareholders as we have to perform to get it. The fee has a high-water mark, which is typically last year's closing NAV and the fee is capped, so any amount of fee above the cap in any one year gets written off."

Charles Jillings is responsible for the day-to-day running of Utilico Emerging Markets Trust and UIL (UTL). He joined ICM, which manages UEM, in 1995 and is a director at the company. He is also chief executive of ICM Investment Research and ICM Investment Management, which he established in 1997 and 2015, respectively.

He has more than 30 years experience in international financial markets.

He has a Bachelor of Commerce degree from the University of Cape Town and qualified as a South African chartered accountant in 1980.

More on The Interview

More on The Interview 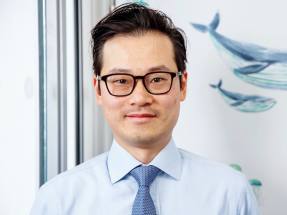 Taking on difficult markets with quality, value and opportunities for engagement 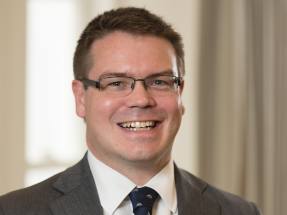 A great time to start investing 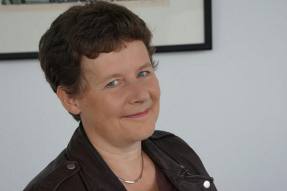