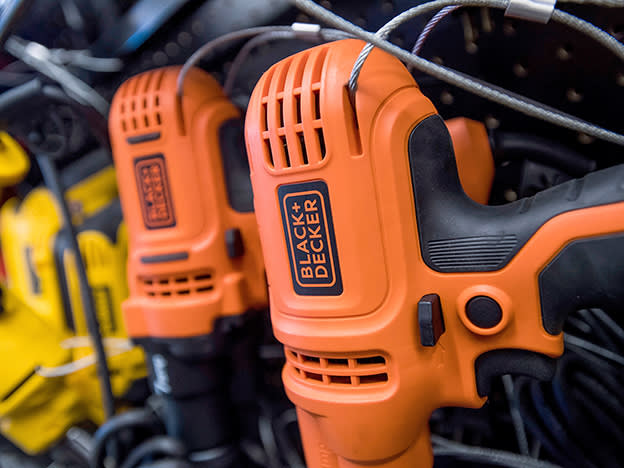 Vp's share price was hit when the competition regulator sniffed around the company's acquisition of Brandon Hire. Now that deal has been okayed, clearing the way for the price to recover.

Equipment hire group Vp (VP.) has made a name for itself as a solid performer focusing on specialised tools. It confounded investor expectations in the wake of the Brexit referendum and, towards the end of last year, announced the acquisition of Brandon Hire. The deal was big by the group’s standards and marked a move into more generalised tool hire. However, late last year the Competition and Markets Authority said it would investigate the merger, bashing the share price, which had topped £9 immediately before the competition regulator's announcement. Now, though, the regulator has cleared the deal, offering investors a second bite of the apple before the share price recovers.

The acquisition – which has been funded by debt – complements Vp’s current portfolio well, expanding its network of hire stations from 58 to more than 200 with limited overlap in terms of location and customers. Vp paid £41.6m cash and took on debt of £27.2m, pushing overall net debt close to 100 per cent of net assets. Brandon Hire is focused on the tool-hire sector, providing primarily for local and regional small-to-medium-sized enterprises. This fits management's plan to buy its way into new niches in the tool hire market. In April last year Vp acquired Jackson Mechanical Services and Zenith Survey Equipment, specialists in electrical and surveying equipment, respectively. At the time of the first-half results in November, management said both had been integrated and were making a positive contribution.

The group provides a wide range of services, from forklifts and tracked-access platforms to tool hire and compressed air. It generates most of its revenues from the UK where business has been good. At the last update, adjusted operating profit for the UK was up 14 per cent to £22.2m, with management noting that infrastructure investment, residential activity and general construction had all played their part. Growth in the UK has been broad based for some time now, but management singled out the Hire Station business as a particularly strong performer in 2016-17. Given the massive scale boost it will receive from Brandon Hire, we see this continuing.

The international business is also strong, despite accounting for just 12 per cent of revenues in the half year to September 2017. The division grew sales 15 per cent, although it has been held back by delays to contracts at Airpac Bukom, the compressed air and steam generation business.

Vp has performed well in competitive markets since the results of the EU referendum were announced; better, in fact, than peers HSS Hire (HSS) and Speedy Hire (SDY). Given that, it's anomalous that its shares are rated lower than its peer group at 11 times earnings for the year just ended. With the Brandon Hire deal no longer in danger, we see potential upside. Buy.