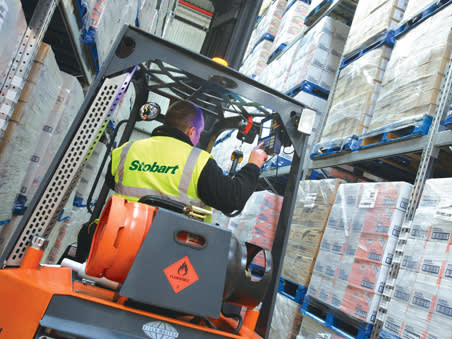 It’s been a tumultuous year for the board at infrastructure and support services group Stobart Group (STOB). It all kicked off when Stobart's founder and former chief executive Andrew Tinkler tried, and ultimately failed, to oust current chairman Iain Ferguson. Richard Laycock stepped down as chief financial officer the day of a tense annual general meeting (AGM) that ended with Mr Ferguson's re-election. The board is now set on improving corporate governance, starting with a number of board appointments.

Nick Dilworth has been appointed to the board as an executive director and promoted to chief operating officer, having previously acted as group commercial director. Ginny Pulbrook joins Stobart as a non-executive director, bringing more than three decades of experience as a board level adviser to quoted companies in the infrastructure, industrial and support services sectors, and is also a partner at public relations firm Camarco. Michael Williamson will take over as interim chief financial officer, with 25 years' experience with both quoted and private companies.

Analysts at Stifel called the changes “a step in the right direction” towards improving corporate governance. The group is still planning to announce a replacement for Iain Ferguson as non-executive director, along with a senior independent director, and at least one more non-executive director all before next year's AGM. Apart from chief executive Warwick Brady, this would represent an entire overhaul of the board.

Shareholders will be hoping that the new board, once fully in place, will give the group a renewed sense of stability. It's hard to imagine that management disruption on this scale won't undermine near-term performance, but we still back the long-term investment case for Stobart Group, including expansion plans for London’s Southend airport. The shares are up to 252p since the board changes were announced, suggesting the market, if not encouraged, is at least relieved. Buy.